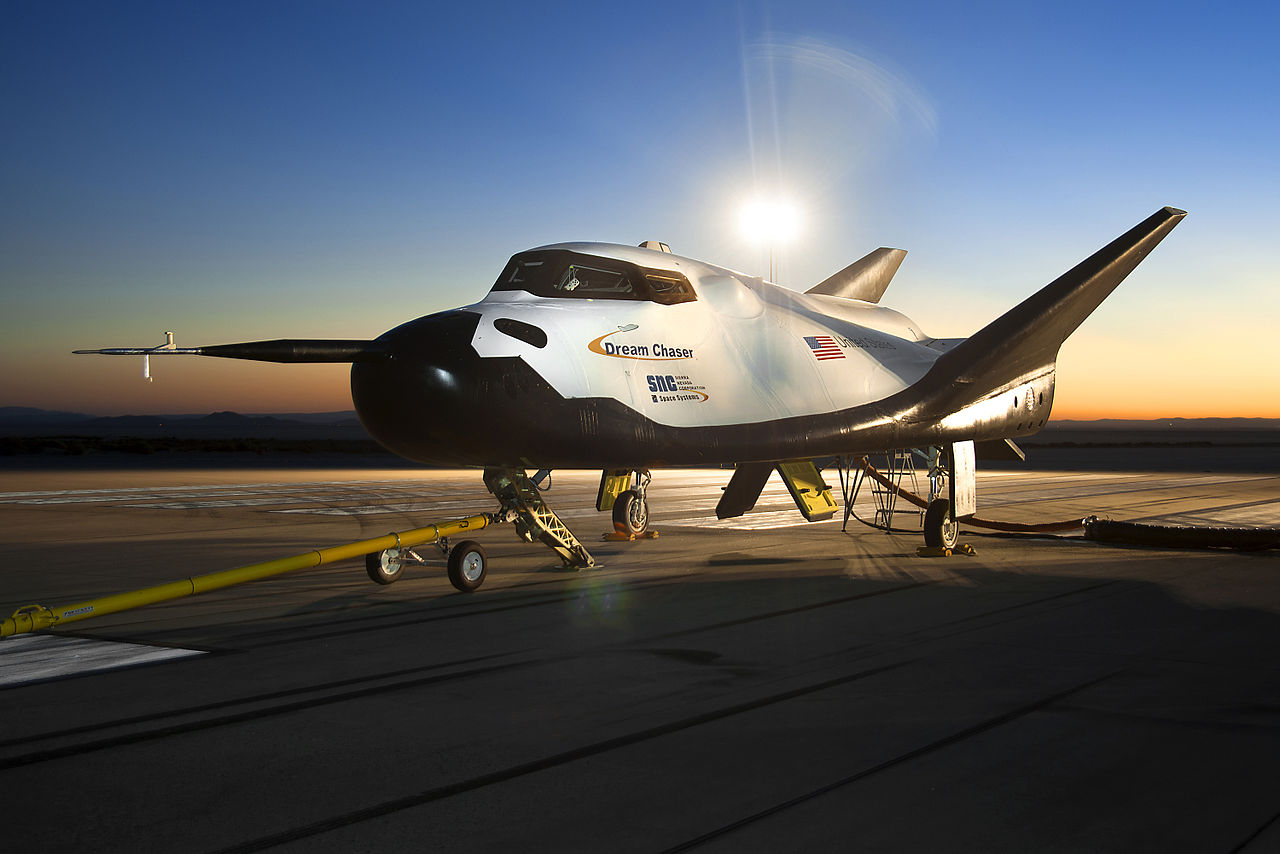 The announcement was made on Monday at the Paris Air Show, although state business in Montgomery with the conclusion of the 2015 Legislative Session has prevented Governor Bentley from being able to attend this year’s show.

Governor Bentley said in a statement, “Alabama has been a leader in the space industry since the beginning and it is natural that Alabama would continue to play a vital role in the continuation of space exploration.  Having Dream Chaser land in Huntsville would further highlight Alabama as the premiere destination for innovative, high-tech careers and keep our state on the cutting edge of history.”

Secretary of the Alabama Department of Commerce Greg Canfield said, “For decades, Alabama’s Rocket City has been at the epicenter of groundbreaking space exploration technology.  Having the Dream Chaser spacecraft touch down at the Huntsville International Airport after a cargo mission to space would be a fitting new chapter in that ongoing story.”

Dream Chaser® was developed under the Sierra Nevada Corporation (SNC) Space Exploration Systems product line and is based on the HL-20, which was developed after years of work by NASA’s Langley Research Center in Hampton, Va.  The HL-20 was developed as a concept for an enhanced lifting body candidate for manned orbital missions.  NASA designed the HL-20 for low operations cost, improved flight safety and conventional runway landings.  NASA, North Carolina State, and North Carolina A&T cooperatively built one non-flying mockup that was heavily tested.  NASA ultimately abandoned the project.

Sierra Nevada said in a statement on their website, “We are leveraging our long history and unrivaled record of success in developing innovative space technology and integrated systems. We are changing how space is accessed, explored and utilized through commercial means. Through our depth of capability and human spaceflight expertise, SNC’s Space Exploration Systems is continually advancing systems and technologies to support the future of human spaceflight.”

SNC said that, “The Dream Chaser® spacecraft is being refined and validated through partnership agreements with seven NASA field centers, ensuring maximum customer insight and access throughout the development and testing process. But then, NASA is more than just a customer … it is a trusted partner in our endeavor to provide broad utilization of space.”

SNC’s Dream Chaser spacecraft will be able to operate as an independent science platform, logistics enabler or orbital servicing vehicle.  SNC is in the competition for NASA’s Commercial Resupply Services 2 contract to supply cargo to the International Space Station (ISS).   SNC also plans to operate the vehicle on other missions, tailored to a variety of U.S. and international customers.  The Dream Chaser spacecraft operates very similarly to the now retired Space Shuttle.  It goes into space on top of a rocket, and then glides to a landing back on earth horizontally on a runway.  Unlike the bigger shuttle, Dream Chaser can land on the typical commercial runway capable of handling the Boeing 737 or Airbus 320.  Dream Chaser uses non-toxic propellants and much easier access to payloads and crew upon landing.  The smaller Dream Chase can be easily transported from landing site to launch site using a variety of standard cargo aircraft.

Predating even the Space Shuttle, several lifting body craft including the M2-F2, M2-F3, HL-10, X-24A, and X-24B were flown by test pilots during the period between 1966 and 1975. The M2-F2 and the HL-10 were proposed in the 1960s to carry 12 people to a space station following launch on a Saturn 1B. The HL-20 PLS concept evolved from these early shapes. The “HL” designation stands for horizontal lander, and “20” reflected Langley’s long-term involvement with the lifting body concept, which included the Northrop HL-10.

According to NASA, a lifting-body spacecraft, such as the HL-20 or its Dream Chaser successor, is expected, “To have several advantages over other shapes. With higher lift characteristics during flight through the atmosphere while returning from orbit, the spacecraft can reach more land area, and the number of available landing opportunities to specific sites would be increased. Loads during entry, in terms of g-forces, would be limited to about 1.5 – 1.9. This is important when returning sick, injured, or deconditioned Space Station crew members to Earth. Wheeled runway landings would be possible, permitting simple, precision recovery at many sites around the world.  Rockwell International (Space Systems Division) and Lockheed Advanced Development Company both were contracted by NASA in that research.

Teledyne Brown Engineering, with support from RS&H Aerospace and Morrell Engineering, will conduct preliminary studies to assess environmental factors such as airspace, traffic flow, potential impacts to commercial air traffic and the compatibility of SNC’s Dream Chaser spacecraft with the existing runway and taxiway environments at Huntsville International Airport, a public use airport.

If those preliminary assessments are successful, a second phase of work may begin in late 2015, which could result in the issuance of a re-entry license from the Federal Aviation Administration to land the Dream Chaser spacecraft at the Huntsville International Airport.