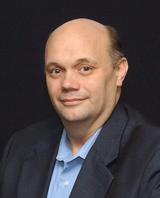 Commissioner Oden wrote, “I am pleased with the US Supreme Court’s ruling against the US Environmental Protection Agency’s ill-considered attempts to regulate power plants at tremendous cost to the people of Alabama. Today’s ruling on the Clean Air Act is a clear indication that the EPA has been operating outside of its legal authority in attempting to impose stringent emission regulations with no regard to the cost of implementation. The regulations in question would further limit emissions from coal-fired power plants, which would directly contribute to the removal of coal from our energy mix. However, challengers to the regulations have demonstrated the cost could far outweigh the perceived benefits. Herein lies the problem: Without the EPA running a cost-benefit analysis, there is no way to determine whether the EPA’s regulations are “appropriate and necessary.””

Com. Oden continued, “As a Public Service Commissioner in Alabama, it concerns me greatly that the EPA openly admits it did not take costs into account in determining to regulate emissions. How can we as a people allow a federal agency to operate in this manner? Fortunately for ratepayers in Alabama, the Supreme Court ruled that it is not appropriate to impose billions of dollars of economic costs in return for a few dollars in health or environmental benefits. The court ruled that the EPA must “consider cost — including cost of compliance — before deciding whether regulation is appropriate and necessary.””

Com. Oden promised, “I will continue to keep a close eye on this issue. We cannot afford to let Obama’s EPA operate in such a careless manner. As long as I am allowed to serve you as Public Service Commissioner- Place 1, I will continue to fight against the EPA’s reckless regulations.”

Congressman Gary Palmer (R-Hoover) agrees with Com. Oden and has sponsored legislation in the House that would have delayed CO2 emissions regulations to give us more time to study the issue. Representative Palmer said in a statement on Facebook, “The EPA’s overregulation is costing people jobs, which has negative effects on people’s health. This is especially true of the most economically vulnerable among us.”

Rep. Palmer told a House Committee recently, “The EPA makes a habit out of claiming more authority than it rightfully has, particularly under this Administration.  The EPA’s proposed ‘Clean Power Plant’ rule is an example of this.  This rule would require power plants to reduce emissions by 30 percent in the next 15 years in order to achieve little to no environmental benefit. According to the NERA, an economic consulting and analysis firm, this proposal would cost between $41 and $73 billion per year. There is a strong possibility this rule will be struck down in court. In the meantime, it could do significant economic damage.”

Rep. Palmer said, “This rule amounts to a massive tax increase on those Americans least able to pay it.  The Ratepayer Protection Act would shield states from being forced or coerced into complying with this unwise and possibly illegal rule.  I am glad to support this first step toward rolling back EPA’s overregulation.”

The Supreme Court ruling that the EPA has to consider economic costs into their rulemaking process likely makes new proposed EPA rules on mercury emissions, CO2 emissions, water, etc. will all have to go back to the EPA for review and revision.