On Wednesday, July 23, the Commander in Chief of the Sons of Confederate Veterans, Charles Kelly Barrow, requested that US Attorney General Loretta Lynch direct the Civil Rights Division of the United States Justice Department to open a Federal investigation into the death of Black pro-Confederate flag activist Anthony Hervey, 49.

Commander Barrow said in a statement: “The Sons of Confederate Veterans has lost a brave and articulate friend and America has lost an independent voice for racial reconciliation and understanding. Anthony Hervey of Oxford, Mississippi was a warrior for his beliefs and those beliefs were rooted in a passionate and unequivocal understanding that he was a proud Son of the South.”

The SCV Commander continued, “His death, on Sunday, July 19, appears to be because of the way he lived his life. Mr. Hervey and a companion, Arlene Barnum of Enid, Oklahoma were returning from a Confederate Flag celebration in Birmingham, Alabama when his car was forced off the road near Oxford by a carload of men who apparently were chasing him down. The Ford Explorer he was driving skidded and then rolled over several times, killing Hervey and injuring Ms. Barnum.”

Barrow said, “We of the Sons are outraged by this murderous act, and expect all law enforcement agencies to vigorously pursue a full investigation and to bring justice for Anthony Hervey and his family. We have called for the United States Justice Department’s Civil Rights Division to enter the investigation, for it is clear that he was killed because of his opinions and his race. Mr. Hervey was an African-American, as was his passenger, Ms. Barnum. Anthony Hervey’s outspoken support of Confederate Heritage appears to have played a part in this incident.

Hervey and Barnum were both speaker at an event in Birmingham’s Linn Park protesting the proposed removal of the Confederate Veterans Memorial there. That event was sponsored by Save Our South and the Alabama Constitutional Conservatives.

On Thursday, July 23, Alabama Constitutional Conservatives Director Deanna Frankowski joined the call for a full Federal investigation into the events surrounding Hervey’s death. Frankowski said, “The Alabama Constitutional Conservatives wish to extend our condolences to the Hervey family and to let them know that we are heartbroken that the actions taken by others caused this accident. We applaud the Sons of Confederate Veterans in their request to the DOJ Civil Rights Division ‘to vigorously pursue a full investigation’ as we firmly believe that the individuals involved did this heinous crime based on their anti-Confederate beliefs which strongly differed from Mr. Hervey’s. Mr. Hervey was a Southern Patriot who was very passionate about his Southern Heritage and the Confederate Battle Flag. The Alabama Constitutional Conservatives vow to continue his mission to keep the Confederate Battle Flag flying along with keeping intact all memorials that honor the fallen during the Civil War. Again, our deepest condolences go out to the Hervey family along with our thoughts and prayers.”

Commander Barrow wrote, “Hervey was well known as an unapologetic defender of the Confederacy and its symbols. He often appeared on television and radio stating his opinions and debating with any and all. He was the author of Why I Wave the Confederate Flag: Written by a Black Man.

There are still a lot of questions about the suspicious death of Mississippi political activist Anthony Hervey.

The day after the Confederate monument protection rally, Hervey and Barnum were returning to Mississippi. Hervey was driving Barnum’s 2004 Ford Explorer. Barnum has told authorities that a vehicle was pursuing them. During the incident Barnum wrote on Facebook, “HELP” “They after us.” Then “My vehicle inside down” followed by, “Anthony Hervy pinned in… gas leaking.”

According to Barnum’s account, Hervey noticed a vehicle speeding up to catch them. The vehicle started to swerve into their passenger side, Hervey sped up, but a silver vehicle with four or five Black men in it continued to pursue them. They were yelling at Hervey and Hervey said something back. Hervey lost control and the SUV flipped into a Mississippi drainage ditch.

Hervey died that day and Barnum was injured.

A Save Our South Spokesman said on Sunday, “Our hearts and prayers go out to our friends and their families today. “We were all very proud of our peaceful event that brought everyone together in unity right here in Birmingham, which is home to the Civil Rights movement. Unlike the events in South Carolina, our event was peaceful and all races were encouraged and welcomed to attend.”

Barnum says that her life has been threatened for her support of the Confederate battle flag. Barnum burned her life member NACPP card at the event Saturday.

Save Our South attorney, Ginger Barbee blames that Birmingham Parks and Recreation Board for starting all of this by pandering to local anti-South activists and voting to remove the Confederate memorial from Linn Park. Barbee told reporters on Sunday, “I want the Birmingham Parks and Recreations board to know that they are ultimately responsible for this tragedy.” “If they had not voted to remove the monument, this young, heroic black man would still be alive. They have caused so much racial division in a great city which has had very few racial issues since the Civil Rights movement. Anthony Hervey gave his life for something he believed in, reaching across racial lines to preserve history and protect our Constitutional rights.” “Our prayers go out to his family during this time. He will be remembered.”

Commander Barrow said, “We also call upon the President and leaders of the Democratic and Republican Parties, along with the NAACP, to condemn the illegal and widespread destruction and vandalism of Confederate symbols. Their support of this cultural cleansing has created a very divisive atmosphere in the South and by their silence they have created the impression that they support these hostile and destructive actions. This is not the road to brotherhood and understanding.”

Barrow concluded, “We will never forget this brave warrior who fought for the healing of the South and helped to build a bridge to brotherhood. For he was indeed our brother. Deo Vindice!” 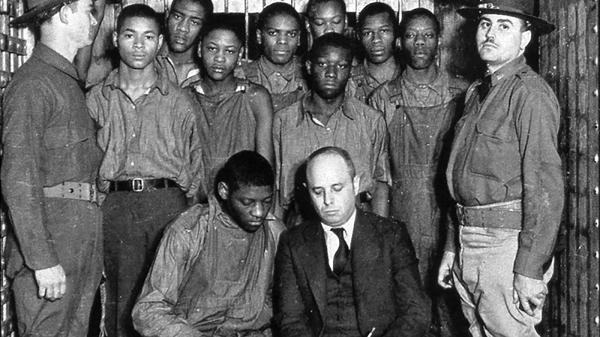