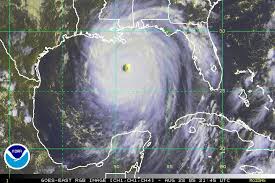 Ten years ago, Alabama, Mississippi, and Louisiana were rocked by the most costly hurricane in our Nation’s history. The Hurricane left a trail of suffering, death, and destruction across the Southeast.  A decade after Katrina, however, home and business owners in Baldwin, and Mobile Counties are still paying exorbitant prices for their property and casualty insurance.

Alabama Governor Robert Bentley (R) has tasked the Coastal Insurance Work Group to find a solution, and present their findings to him by the end of the year.

State Senator Trip Pittman (R-Montrose) is among the legislators appointed to the group which met recently at the Chamber of Commerce Building in Mobile. The work group includes elected officials, people who work in the insurance industry.

Many residents who live south of I-10 pay 3 or 4 times what homeowners in the rest of the State average for the same coverage, even though we have not had a major hurricane hit the gulf coast in the decade after Katrina, and Rita.  An estimated 15,000 homeowners have dropped their coverage because they can’t afford to pay for it.  Thousands more don’t have enough cash to pay the deductible if something unfortunate happens.

This is all a legacy of Hurricane Katrina.

On August 29, 2005 the powerful hurricane plowed into the Mississippi Gulf Coast absolutely destroying the scenic coastal town of Waveland.  The massive storm would knock down power lines and forests for hundreds of miles into the interior of Mississippi.  On the coast it did damage as far away as Florida.  Louisiana’s three coastal counties saw enormous devastation; however many hurricane savvy people gave a sigh of relief because the hurricane turned into Mississippi rather than plowing head on into the City of New Orleans where it could have done incredible damage.

While it is true that things could have been a lot worse, we were all wrong about the city being spared that day.  Much of New Orleans is actually below sea level sitting on a marsh that was drained in the 1920s, and protected by a complex system of levees and massive pumping stations that pump water out of the city.

The passage of the big storm churned up enough of a surge for the massive 630 square mile Lake Pontchartrain to breach those levees in several places.  Water from the lake was quickly filling up the city faster than the pumps could pump it out and as floor waters rose more and more pumping stations were taken out by the flooding.  Thousands of people were trapped in the flooded and impoverished city. 600,000 Alabamians had no electric power and numerous homes were lost.  The destruction led to a mass migration out of New Orleans where rebuilding continues to this day. The Black population of New Orleans has dropped by almost 100,000 from where it was pre-Katrina.

On Saturday, August 29 President Barack H. Obama was in New Orleans to commemorate that tenth anniversary of that disaster which killed 1,833.  President Obama said of the city, “That’s the story of New Orleans…a city that, for almost 300 years, has been the gateway to America’s soul. Where the jazz makes you cry, the funerals make you dance, the bayou makes you believe all kinds of things. A place that has always brought together people of all races and religions and languages. And everybody adds their culture and their flavor into this city’s gumbo. You remind our nation that for all of our differences, in the end, what matters is we’re all in the same boat. We all share a similar destiny.”

President Obama said, “Not long ago, our gathering here in the Lower Ninth might have seemed unlikely…Today, this new community center stands as a symbol of the extraordinary resilience of this city and its people, of the entire Gulf Coast and of the United States of America. You are an example of what’s possible when, in the face of tragedy and hardship, good people come together to lend a hand.”

Louisiana’s problems were made worse due to the government being unprepared and poorly led.  Louisiana’s Katherine Blanco (D) and New Orleans Mayor Ray Nagin (now a federal inmate serving a ten year sentence performance in the hours before the storm and the weeks that followed) have been widely criticized.

President Obama said, “What started out as a natural disaster became a man-made disaster — a failure of government to look out for its own citizens.”

Nodine said, that Alabama, Mobile, and Baldwin Counties had learned important lessons from Hurricane Ivan that improved the response to Katrina.  Alabama was not his as hard by the Hurricane as Mississippi.  It took Mobile two or three weeks to get back on its feet but once the power was restored and the roads were opened up in Mobile County they were able to start sending aid to Mississippi, where towns like Waveland, Long Beach, and Bay St. Louis were just about wiped out.  Nodine said that the French Government and Airbus were some of the first to get supplies into the area.  Getting supplies into Mississippi through Highway 98 was key.

Nodine credits county workers for being the unsung workers on the front line of Katrina and the other storms.  They are the ones who are out there clearing roads of debris and rescuing persons who need rescuing before the aid from outside can even get mobilized.  Their work was exceptional.

Nodine also credits relationships established across the Gulf Coast from Katrina helped Mobile in the subsequent pursuit of the tanker contract (which they won, but was taken away) and Thyssenkrupp.  Eventually Mobile would get Airbus which provides good high paying jobs well beyond Mobile County, and the State of Alabama.

The reconstruction efforts in Mississippi helped the local economy in Mobile.  Tax revenues came up and there was a huge surplus in county revenues.  That and the relationships developed in the aftermath would help in subsequent economic development efforts.

The insurance companies took a huge hit from the storm and many pulled out of insuring anything south of I-10, all of Baldwin and Mobile Counties, or the State as a whole.  Those who remained in the area raised insurance rates to compensate for their losses; but now many believe that those rates have become price gouging.

One of the ideas that the work group is studying is creating something like Florida’s self-insured wind pool.

Former Commissioner Nodine supports that plan suggested that $250 million of the BP settlement money could be used to start such a fund in Alabama.  Florida already has $19 billion in their fund.

The work group claims that Mobile and Baldwin County property owners are paying over $200 million a year in excess premiums.

The Coastal Insurance Work Group will meet again Tuesday in Baldwin County. Governor Bentley has asked for the group’s recommendations by the end of the year.

“We have been incredibly lucky,” that there have been no major storms make landfall in the last ten years in the Gulf; but it is going to happen again at some point, Nodine said.