We are just a few weeks away from Christmas, and children across the state are heading to the mall or shopping center to sit on Santa’s lap and tell him what they want for Christmas.

I haven’t sat on Santa’s lap since I was a kid, but at this point Santa may be our best hope for finally getting the I-759 extension.

Every elected official in Etowah County has said for years that the I-759 extension is critical. Ask anyone driving down East Meighan Boulevard and they will tell you just how bad things have gotten.

It isn’t just a matter of opinion. Brian Davis, chief of the engineering division at the Alabama Department of Transportation, presented the results of a study that provides hard data proving the extension is needed.

In many ways, projects like these pay for themselves. Relieving traffic and improving our roadways will benefit existing business and help draw in new business. The extension also means new jobs for the workers who will do the work, and new business for the suppliers who provide the materials needed for construction.

But we still have to have money to get started, and that money will have to come from local, state and federal support.

There’s no question that our local and state leaders are committed to the extension. We have all publicly made a stand for the extension. The problem comes from our U.S. congressman.

Congressman Aderholt has been our representative in Washington for 20 years, and Etowah County is the largest in his district. He also serves on the House Appropriations Committee. He has experience, seniority and literally sits on the committee that decides how our federal tax dollars are spent.

But with all that experience and powerful position, Congressman Aderholt has failed to bring home any money for the I-759 extension. In fact, he won’t even try.

Never mind that the state legislature has to balance the budget every year, or that his party controls Congress and has run the national debt up to an all-time high.

The only help Congressman Aderholt has offered was federal approval if the state provided the funding.

Not one cent committed, even though he sits on the committee that decides how our federal tax dollars are spent. He wouldn’t even pledge to go back to Washington and ask for the money. All he offered was federal approval, which he hasn’t been able to provide on any of the previously proposed routes.

The I-759 extension won’t happen if we don’t have everyone on board. The state and local governments are committed to the project and will provide what funding they can, but they can’t do it without some federal support. Our congressman has to get involved!

Too many times we have watched Congressman Aderholt sit on the sidelines and do nothing-or worse, vote against our interests! How many textile and hosiery jobs did we lose to Mexico after Congressman Aderholt voted for NAFTA? He owes us those jobs back, and the I-759 extension would be a good first step!

And once I-759 is extended, it will benefit businesses that use that road. Congressman Aderholt needs to get off the bench and put his seniority, his power and his Washington experience to use for us!

Sen. Shelby has had no problem over the years finding hundreds-of-millions of dollars for Alabama’s roadways and infrastructure projects. Tom Bevil never had any problems bringing our tax dollars back home. But Congressman Aderholt can’t find a way to steer some of our own federal tax dollars back when he sits on the very committee that decides how our tax dollars are spent?

Extending I-759 is a necessity; it’s about public safety, better convenience and economic development. Local elected leaders, state leaders, the Alabama Department of Transportation and anyone who drives through Gadsden during rush hour knows how badly this project is needed. It’s time for our Congressman to do his part.

It shouldn’t take a Christmas miracle for us to finally make the I-759 expansion happen. But right now it looks like the people of Etowah County will have more luck asking Santa to bring us the I-759 extension than we will from asking Congressman Aderholt.

The legislation would require Pilgrim’s Pride to compensate the owners of nearby properties for loss of property value. 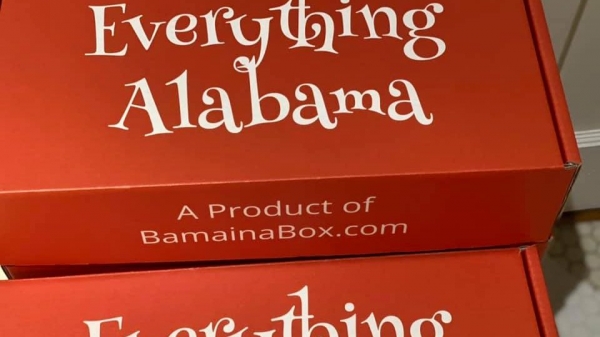 Rep. Robert Aderholt on Monday wagered one of the company’s boxes against an Ohio congressional colleague.