The first four Legislative Days of the 2016 Regular Session are history, and there have been a few surprises already. One of the major initiatives of the House Republican Caucus was to memorialize within the Alabama Constitution, language confirming that Alabama is a Right-to-Work state. That language is already found in the Code of Alabama but there are those who want to include that right in Alabama’s Constitution as a strong signal to businesses that Alabama is open for business. The problem is, that when it came time for the House to vote on this Proposed Amendment, there were not enough Republicans on the House Floor to reach the mandated 63 affirmative votes needed to pass a Proposed Constitutional Amendment. There were only 60 votes in favor of the Proposed Amendment with absolutely no Democrats voting in favor of the legislation.

House Leadership has indicated that HB 37, the Proposed Amendment, will be brought back up for consideration on Tuesday when the Legislature reconvenes. It has been suggested that some of the vocal opposition to this legislation resulted from Committee action Thursday morning on HB 174. This legislation would reserve to the State Legislature exclusive jurisdiction on the issue of setting a state minimum wage. Democrats were very unhappy that HB 174 was put on a fast track and decided to slow that train down. This will surely be a hotly debated issue once again. With HB 45, the Unborn Infants Dignity of Life Act remaining as Unfinished Business next Tuesday is poised to be another contentious day in the Alabama House. Other than Local Bills, the House has passed only two Bills so far this Session.

As was mentioned in last week’s report, various Members of Leadership, along with senior Members of the Legislature, have been indicating that the plan is for the Session to move very quickly this year. Some have suggested that the House will have the Education Trust Fund Budget to the Senate by March 1, 2016, and there have been suggestions that Sen. Pittman would like to move as quickly with the General Fund Budget. That timeline is possible, but with only five Legislative Days scheduled before March 1, it will be very difficult to achieve that goal. The Legislature is scheduled to meet for three days the week of February 15 and two days the week of February 22.

One indication that efforts to move the Session quickly was found in the Alabama Senate on Thursday. The Sunset Bills that the Legislature must address each year are required to be addressed starting no later than the 10th Legislative Day in the House of Origin. That is typically when the process starts. This year the Senate accelerated that process and started consideration of 10 Sunset Bills on Thursday, the 4th Legislative Day. The remaining Sunset Bills will likely be addressed on Tuesday and will be in the House in less than half the time normally undertaken. The only mandated functions of the Legislature are to pass the Education Trust Fund and General Fund Budgets. Some argue that addressing the Sunset Bills is mandated because without action many agencies would go away. Once those issues are dealt with, there are no compelling reasons for the Legislature to remain in Session. Although the Legislature is limited to a maximum of 30 Legislative Days in a Regular Session it is entirely possible that the Legislators decide that they have completed their work and want to get out of town before the scheduled start date for Speaker Mike Hubbard’s ethics trial. That trial is scheduled to start on March 28, 2016.

With the trial in play, Tuesday, March 16, 2016, will be a pivotal date. Judge Jacob Walker, in whose Court the trial is scheduled, has scheduled a Hearing for Tuesday. At that hearing, it is expected he will deal with multiple motions before the Court including a number of motions by the defense to dismiss counts and/or delay the trail yet again. If Judge Walker rules that the trial will proceed as scheduled, two options have been bandied about around the Alabama State House. The first would be an extremely accelerated, and abbreviated, schedule. The other would be to somewhat slow down the process and plan for an extended Spring Break beginning the week of March 28.

In another development last week, the Alabama Disabilities Advocacy Program (ADAP) sent a Demand Letter to the Governor, the Attorney General and the Commissioners of Medicaid, the Department of Mental Health (DMH) and the Department of Human Resources (DHR) (copy attached). In its letter, ADAP alleges that the State of Alabama through Medicaid, DMH and DHR are in violation of the obligations under federal law in the Early and Periodic Screening, Diagnostic and Treatment (EPSTD) Services for Medicaid-Eligible Children and Youth with Behavioral, Emotional and/or Psychiatric Disabilities. It is very interesting that the timing of this demand letter comes just one day after the General Fund Budget, proposed by Governor Bentley, was introduced. It also came just five days before Governor Bentley announced that the State’s application for an 1115 Waiver with CMMS (Medicaid) had been approved. The approval of the Waiver could, and I emphasize could, mean as much as $700 million dollars for the state Medicaid program if the Legislature properly funds Medicaid in the FY17 budget.

With all that is facing the Alabama Legislature, things are about to get even more interesting than they are currently. Depending on the factors detailed earlier and the anticipated budget battles, “I Hear That Train A ‘Comin.” The only thing that remains to be seen is if it will be a runaway train or a complete train wreck.

Have a great weekend. 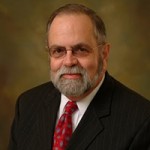 By mid-October, if the debt ceiling doesn't rise, the U.S. could default on its debts for the first time in history.