On Tuesday, April 26, the Alabama Legislature returns to Montgomery for the first of its last five days of the 2016 Legislative Session.

One of the biggest questions remaining, is whether the powerful road builder lobbyists, and their many special interest allies, can turn enough legislators to pass a bill that would raise the tax Alabamians pay on their fuel by six cents a gallon, as well as automatic tax increases in the future, if other southern states raise their fuel taxes.

Rep. McCutcheon wrote in a statement, “This is a tough request to ask the people to accept, but we are over capacity on many of our major routes. We need more improvements but we do not have the $$. We are borrowing $$ to do road projects and we cannot continue to borrow enough to maintain our system. I will continue to work for other options. Going to Washington DC in May to discuss alternatives with other States. Most States are addressing the same issues. Transportation has been a priority for me. We have made progress. I must continue to try to make our infrastructure better.”

Rep. McCutcheon chairs the powerful House Rules Committee, so he is in position to bring the bill any day before the House. But, has said he will not bring it to the floor unless he is certain that the Senate will not filibuster.

Alabama Eagle Forum is opposing the tax increase. The conservative group said in a statement, “Eagle Forum of Alabama opposes the gas tax! The gas tax, if passed, will greatly harm the hard working families and individuals of Alabama. Please contact your state legislators today.”

GOP House members, who ran on “no new taxes” and “small government” pledges have already voted to raise taxes on cigarettes, nursing home beds, and prescription drugs, and do not want to be on the record raising taxes, yet again, especially if the bill ultimately fails in the Alabama Senate. The hospitals, the healthcare community, and advocates for the poor and underprivileged, meanwhile, are still asking the Legislature to raise taxes to fund Alabama’s Medicaid program.

The Legislature has passed a General Fund Budget the level funds the costly entitlement program. But, Gov. Bentley claims that the program needs an $85 million increase in 2017 to continue to offer the same level of benefits and to implement the Regional Care Organization (RCO) plan that the Legislature passed previously. If the Legislature were to come back in special session to raise taxes for Medicaid (another cigarette tax hike is being discussed) and raise taxes on fuel that would be five tax increases passed in just the first two years since the last election.

The amount of the fuel tax increase would be determined by establishing the average of Alabama’s border states gas taxes and fees, as the benchmark for our gas and diesel taxes using totals as determined by the American Petroleum Institute. The average is currently 26 cents, which would result in an increase of 6 cents per gallon in diesel and gasoline effective Oct. 1, 2016. The bill would maintain that linkage to other southern states so when their legislatures vote to raise their fuel taxes it would mean that the people of Alabama would also pay more for fuel with automatic adjustments set for October 1 of 2019, 2023 and 2027 unless the Alabama Legislature adopts a joint resolution prohibiting the increase from taking effect.

If a future legislature did block the automatic gas tax increase HB364 would allow a county to call a public referendum on a local tax of no more than 2 cents per gallon. The bill also punishes owners of “alternative fuel” vehicles with an extra $100 for personal vehicles and $150 for commercial vehicles. The sponsors estimated that this amount represents approximately half of the annual amount of gasoline tax that would be paid by these vehicles if they utilized only petroleum products. The bill would also force counties and cities to have a public referendum if they wanted to raise their local fuel taxes in the future.

The Mayors of Birmingham, Huntsville, Mobile, Montgomery, and Tuscaloosa, all recently went to Montgomery to lobby the State legislators and Gov. Bentley to provide additional revenue for roads.

The five mayors issued a joint statement: “Infrastructure is one of the top factors in the competition for jobs and investment.” “As local leaders, we recognize that there is a gap between current resources and needs. We support efforts to ensure that the state has adequate funds to address this basic responsibility of government.”

The mayors met with Alabama Governor Robert Bentley (R) along with the leadership both the Alabama House and Senate.

The Senate has also passed a measure that would use the BP oil money to do road work, instead of repaying the Alabama Trust Fund, SB267. 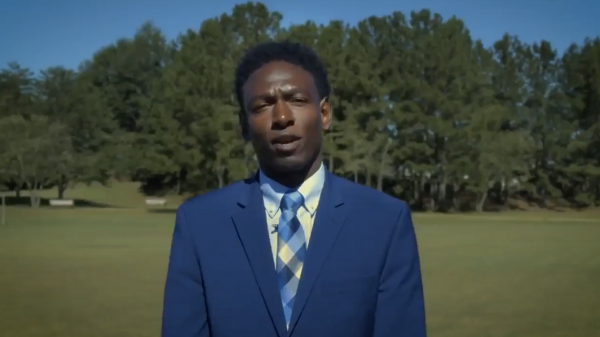 The NewDEAL group is a selective national network of progressive state and local elected officials.