Michael G. Hubbard received a sentence of 96 years for his crimes.

However, because he was convicted under State ethics laws, Judge Jacob Walker, III, with advice from the State’s prosecution, gave him a split sentence of 4 years behind bars, with no “good time” or chance of parole, and 16 years probation.

There has been a cry of outrage over what is perceived as a light sentence for such a corrupt politician. But, this is actually a harsh sentence and a reasonable measure due to overcrowding in our State prison system. The State’s prosecution had recommended 5 years in prison and 12 years probation; very close to what Hubbard received.

According to several individuals with knowledge of the internal working of the system, 5 years would be the maximum Hubbard could receive on a split sentence. According to Department of Corrections guidelines, had Hubbard been sentenced to 20 years, he would have been paroled in less than two. Judge Walker handed down a sentence that is commensurate with what the law allows in such cases.

Hubbard, 54 will be 58 or 59 when he is released from prison. He will complete his probation sometime around his seventy-forth birthday.

Hubbard’s crimes, which led to his conviction, are among the actions that rip the very fabric of our society. His conduct violated public trust and cast doubt on our system of government. Most citizens believe politicians are crooks and Hubbard’s behavior simply adds fuel to that ever increasing fire of mistrust.

Hubbard’s criminal attorneys have argued for years, that his indictment was a political prosecution, without merit in the law. Even at sentencing, Hubbard’s attorney, Bill Baxley, said Hubbard didn’t need to show remorse or apologies for his actions, “because he has done nothing wrong.”

Testifying as a character witness, Congressman Mike Rogers also impugned, not only the prosecution, but the Grand Jury as well. Rogers admitted he had not looked at any evidence, nor heard testimony at trial, but said he didn’t need to because his friend Mike had been railroaded by an ambitious Attorney General, and a rogue prosecutor.

Hubbard’s defense, from the beginning, has been based on alleging that the justice system is corrupt. Even at sentencing Baxley said of Hubbard, “He is one of the very few who has been mistreated” by the system.

On the day of Hubbard’s sentencing, John Archibald wrote about the absurdity of Baxley’s and Rogers’ argument, in light of the breakdown of the criminal justice system throughout the nation.

According to Hubbard, the system is rigged. This, coming from a man convicted for using his office for personal gain, using his power as a weapon and running his office as if it were an extension of Riley & Associates. It’s outrageous.

Of all Hubbard’s many crimes and abuses of power, this defense is perhaps the worse, because it undercut the rule of law.

The rule of law is our nation’s bedrock. In United States v. United Mine Workers (1947), US Supreme Court Justice Felix Frankfurter wrote, “There can be no free society without law administered through an independent judiciary. If one man can be allowed to determine for himself what is law, every man can. That means first chaos, then tyranny.”

“Those ethics laws…what were we thinking,” wrote Hubbard to his mentor former Gov. Bob Riley.

Men like Hubbard, Riley, Rogers and those who surround them, think there is one law for them and another for everyone else.

A 96 year sentence, with 4 years of hard time and 16 years probation, isn’t enough for those who would undermine the public’s trust and the rule of law….but it’s a start.

Hubbard will be an old and broken man when his sentence is complete. There is no bright future for “Mike” as his pastor predicted from the witness stand on the day of sentencing.

Hubbard remains defiant and unrepentant, his only hope is to see the error of his ways and learn from them. That, is his only hope. 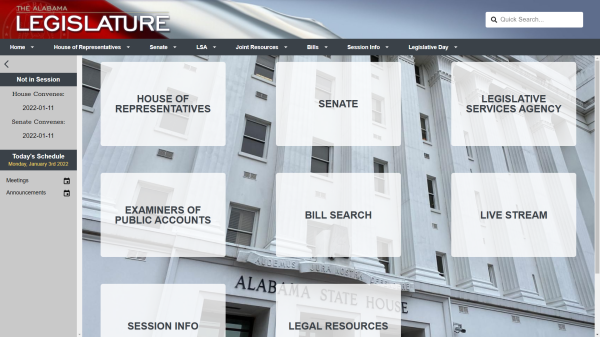