As we swelter through the dog days of summer, I can’t help but recall Harper Lee’s description of Maycomb – “Somehow, it was hotter then: a black dog suffered on a summer’s day; bony mules hitched to Hoover carts flicked flies in the sweltering shade of the live oaks on the square. Men’s stiff collars wilted by nine in the morning. Ladies bathed before noon, after their three-o’clock naps, and by nightfall were like soft teacakes with frostings of sweat and sweet talcum. …People moved slowly then. A day was twenty-four hours long but seemed longer.”

Many of us don’t really understand the reference to Hoover carts. We don’t have stiff collars to worry about, and air conditioning perhaps has lessened dependence on frequent baths during the day – but we know that it’s still hot in Alabama. And for some our neighbors, the heat can be as unbearable, and risky, in 2016 as it was in Lee’s description of 1932 Maycomb.

Economists define energy costs as ‘affordable’ if they are 6 percent or less of a household’s income. But for families at or near the federal poverty level, energy costs can easily exceed 20 percent. And a study by Inside Energy, using census and federal energy data, found that in many Alabama counties, annual energy costs approach or exceed 50 percent of the income of a low-income household.

While many of our utility companies support a variety of programs that offer help to lessen energy costs, the most significant state-wide program is the Low Income Home Energy Assistance Program (LIHEAP). LIHEAP is a federally-funded program, managed by the Alabama Department of Economic and Community Affairs, which provides over $43 million in energy assistance to Alabama’s low-income households. The program, which is administered by the Community Action network in 66 of Alabama’s 67 counties, provides assistance during months in which energy demand is high, allocating funds to both winter and summer energy costs. Demand for the assistance is consistently high, the National Energy and Utility Affordability Coalition estimates that 87 percent of Alabama’s LIHEAP-eligible household aren’t served because of the limited funds. But Community Action Agencies across Alabama consistently target these limited resources toward those for whom the need, and the risk from temperature extremes, is the greatest: In 2014, 35 percent of all households served were elderly, 36 percent were disabled, and 19 percent were households with children under the age of 5. And while the programs allows households with an income of up to 150 percent of the federal poverty level, 82 percent of all funds went to households at or below the poverty level.

Harper Lee used To Kill a Mockingbird to teach the nation a lot more about Alabama other than the summers are hot – that we value our neighbors, that all people are worthy of respect and dignity, that we stand up for that in which we believe and that we are charitable to those in need. Governor Bentley has declared August as Alabama LIHEAP Action Month, urging a heightened awareness of energy poverty in communities throughout the state. We look to government to do those things that we cannot alone do – to build roads and bridges and schools, to protect and defend us, to educate our children. But we also look to government to help those who have needs greater that those we alone can meet. LIHEAP is a shining example of such a program.

Ron Gilbert ([email protected]) is the executive director of the Community Action Association of Alabama, a network of local non-profit agencies that have worked in all 67 Alabama counties for over 50 years to improve economic conditions for low-income people. You can find your local community action agency by going to www.caaalabama.org. 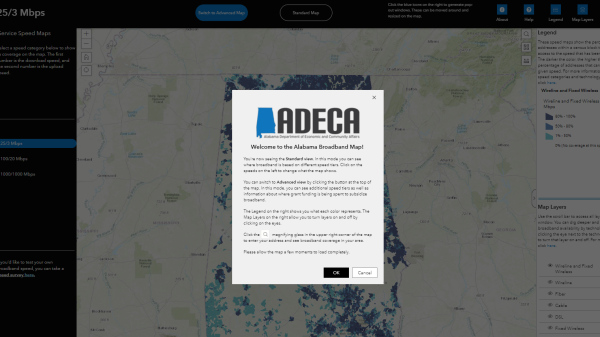