An Open Letter By Tim James

I’ve been away from the public view for many years now. Like everyone, I continue to watch the decay in the world.

Something occurred weeks ago that struck me to the core on how far people in positions of leadership have fallen; after thinking about it, I’ve decided to mention it publicly. I hope it’s helpful, especially to those serving in our legislature and in positions of authority where ever that might be.

Yellowhammer is a news blog in Alabama. It covers current events, much of the time focusing on politics. Weeks ago, Yellowhammer released an audio tape of a conversation between the Governor of Alabama, Robert Bentley, and a current member of the House of Representatives. The recording was done by the house member during a telephone conversation between the two. The recording was done without the knowledge of the Governor.

There are two aspects in this situation that are disturbing and need to be understood.

1. A Governor represents the highest level of authority in a state. The idea that a sitting member of the legislature would record a Governor without his knowledge is unheard of, you just don’t do it. Of course there may be times when such an act is needed; but those situations are unique and highly unlikely, and generally occur when law enforcement is involved. This recorded conversation between the Governor and the house member does not come close to reaching a threshold that justifies the taping of a Governor by a house member. This was a recording for political reasons and is beyond the pale of decency. Even if a Governor and a member of the legislature are enemies, and are having a private conversation, it is not to be done, it is improper. It is that basic. A man or women that would do such a thing is void of character. As awful as this act is, the more serious violation is a spiritual violation.

2. If you listen to the audio in question, you will hear multiple statements by the house member to the Governor in which he mentions the Lord; he repeatedly tells the Governor that he and his wife are praying for him. In fact, at the end of the conversation, he goes so far as to offer up prayer for the Governor and his family of which he led. In this prayer, he refers to the Governor as “his brother,” all the while, he was recording the Governor without his knowledge. He was invoking the name of the Lord and setting a trap at the same time. The trap was sprung a few weeks ago when he released the tape to the public, prayer and all. This is a spiritual violation, a spirit of betrayal, a spirit of deception. “Thou shalt not bear false witness” Exodus 20:6. Benson’s commentary on this commandment reads “ forbids, 1st speaking falsely in any manner, lying, AND EQUIVOCATING TO DECEIVE ONES NEIGHBOR.” In my life, I’ve never seen or heard of anyone in high leadership do anything like this, it’s truly unbelievable and despicable.

I had no intent or desire to engage here. But, after thinking about this situation, I felt it important enough to mention and hope that members serving might read it and think about it; maybe some good can come from it. 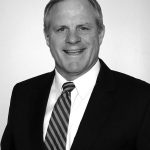