MONTGOMERY–The Alabama Community College System has a new plan for preparing students for lucrative careers and a new man to lead the way.

ACCS on Wednesday announced the hiring of Jeff Lynn as the system’s new director of workforce development. In that role, Lynn, who served in a similar role for the State of Louisiana, will work with companies to develop training programs that provide students the specific skills required by some of the top companies in the state and country.

“Jeff Lynn is the Warren Buffett of workforce development,” said Jimmy Baker, the acting chancellor of ACCS. “He is great at what he does and he is known for getting results. We are thrilled to welcome him to Alabama.”

Lynn isn’t exactly new to the state. He lived in Auburn and his mother still resides in Lee County. That was one of the major factors that convinced him to leave Louisiana.

“My mother has some rental homes that she’s trying to find a tenant for. I called her the other day and told her that I think I found one for her,” Lynn joked. “She was thrilled and I was too. I look forward to the challenge.”

Lynn certainly could have stayed in Louisiana, where he helped transform the state’s workforce development program and was primarily responsible for its remarkable success.

Lynn built that state’s “LED Fast-Start” jobs program, which customized the workforce and training for new and specialized companies. That program was rated as the nation’s best workforce development program for the past seven years.

In addition, Lynn created a number of industry-specific certification programs for both high schools and two-year colleges in the state, and he developed programs for higher education employees.
“Workforce development is a collaborative effort on many levels,” Lynn said. “That’s one of the reasons I’m so excited about being back in Alabama because I really feel like there are a lot of people working towards the same goals here. There’s a big interest in this program and ensuring that it succeeds. That’s very important.”

Lynn is a graduate of Auburn University and has spent 30 years in the field of manufacturing and workforce training. He has worked with dozens of top companies to develop training programs, including Kia Motors, Siemens, Toyo Tires, Lockheed Martin, IBM and GE Capital. 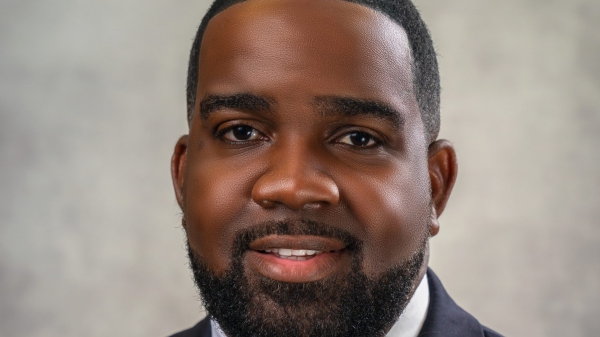