Earlier this week, I visited my mental health counselor. Ever since last week’s election, I’ve been pretty depressed and, literally, sick to my stomach. And learning who Republican Donald Trump is choosing for his leadership team isn’t helping.

But this is the process. Trump won the Electoral College, and in January he’ll be inaugurated president of the United States. As I’ve said before, we must respect the process. This is how government works in America.

We don’t have to like the results, but we must respect them. Trump did a better job than Democrat Hillary Clinton in getting the voters in the right places to go his way.

I’ve been asked to sign petitions to get electors to vote for somebody other than Trump. I’m not going to sign a petition to do that. I am going to respect the process.

Still, I don’t like the result, though I’ll try to have an open mind.

As it turns out, I wasn’t the first of my counselor’s clients to visit with her in the wake of this election. Won’t be the last, either. Others, also depressed and disturbed by the elections result, are seeking advice on how to cope from her and other counselors.

I’ve lived through some pretty shaky times, including the assassinations of John F. Kennedy, Martin Luther King Jr., and Robert Kennedy in the 1960s. I grew up during the Vietnam War. I endured the troubled administrations of Richard Nixon, Jimmy Carter, Bill Clinton, and George W. Bush. None of those, however, affected me like last week’s election of Trump.

I think I believed we’d gotten past white nationalism and xenophobia. That we were beyond electing somebody who said the awful things about women that Trump did time and again.

I even thought we were learning to be post-bully.

I was so naïve I was stunned by my naivety.

I underestimated the deeply rooted dislike of the Clintons and, especially, of Hillary Clinton. I missed the real and passionate demand for change post-President Barack Obama. I was wrong about how angry many Americans – yes, mostly white Americans – truly are.
I do not want this election to complete my already too-evident cynicism. In my 40-plus years as a journalist, most of that writing political opinion, I’ve worked hard to keep hope alive.

A friend told me the other day that this election was simply a “correction.” Another said it was the “Angry White Man’s last gasp.”

I don’t know about all that.

I do know that for at least the next four years, these are likely uncertain times. Or, perhaps, we’ll be pleasantly surprised by a Trump administration.

My counselor said this week that those of us who were profoundly disappointed by the election are entering a first stage of grief. We might look at it that way, she said.

I know what she’s saying. But, see, here’s the thing. Grief usually comes at the end of something: A relative’s or close friend’s death; the loss of a beloved pet; being fired from a job you held for nearly 34 years.

This grief is at the beginning of something, and I can’t quite figure out how to start grieving on the front end. Am I to grieve for four years? Or eight years? Or longer?

Still, I lived through the 1960s killings of John, Martin and Bobby. Through the needless Vietnam and Iraq wars. Through the Challenger explosion and 9/11. My grandparents started dying in the early 1970s. My mom died in 1997. I lost two of my favorite pugs over the past couple years. They were not simply dogs.

I guess I’ve been grieving most of my life. And, I suppose like most everybody of a certain age, I have plenty of experience with it. 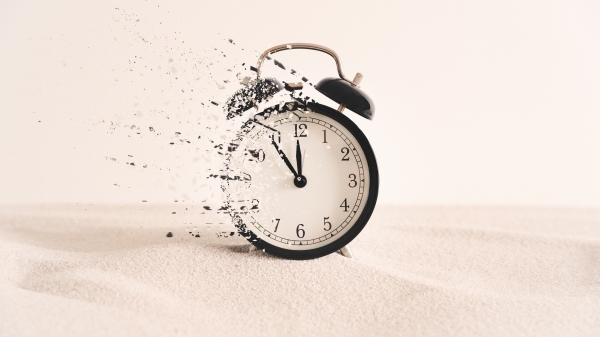