When State Superintendent of Education Mike Sentance told the State School Board Dec. 8, that the Office of Inspector General of the US Department of Education had determined that the State’s high school graduation rate was inaccurate, reaction was swift and true to form.

Members of the Legislature who consistently oppose public education were quick to tell media that there should be consequences for deceiving the public. (Would this include the 22 senators and 51 house members who voted for the Alabama Accountability Act in 2013 and told the public that this was all about “helping poor kids stuck in failing schools by their zip codes?”)

Senator Del Marsh said the graduation rate issue “is all the more reason for school choice.”

But it was the reaction of State School Board members that really got my attention. Mary Scott Hunter told The Decatur Daily that there will be consequences for dishonesty.

Take the time to go on the ALSDE web site and watch the video of the work session and you will hear these comments from board members: “I never believed our graduation rates were accurate.” “I can’t speak. I was lied to.” “I have been betrayed.” “We all hate to be blindsided.” “The public has been left out.” “We must pay attention to ethics.” “We’ve put our credibility on the line.”

All of these comments would ring legitimate–if we erased the last six months from this board’s record.

Here is what they want us to forget:

The deadline for applicants for state superintendent was June 7. On June 27, Mike Sentance informed ALSDE legal counsel Juliana Dean in writing that he was withdrawing his name from consideration. According to Sentance, Dean called him shortly thereafter and told him that board members wanted him to reconsider. Dean works for the entire board. She did not ask them if she should call Sentance. He left her a voice mail on June 28, that he still wanted to be considered.

Mary Scott Hunter told the Decatur Daily that she expressed her disappointment to Dean that Sentance had withdrawn but could not remember if she asked Dean to call Sentance or not.

No one called and asked him to remain a candidate.

Someone made sure board members got an anonymous “smear sheet” at the July 12 board meeting. This was intended to discredit applicant Craig Pouncey, Jefferson County superintendent and former chief of staff for State Superintendent Tommy Bice. By the end of the week, this info made its way to the Ethics Commission, which in turn wrote Dean a letter naming Pouncey at the object of the letter. Dean distributed a copy of the Ethics Commission letter to all board members and shortly thereafter, the media had a copy.

This incident prompted creation of a legislative committee who are now trying to determine what took place. All eight elected board members have appeared before this committee. Six of them said they paid little attention to the info because it was not signed and could not therefore be investigated by the Ethics Commission. However, members Matt Brown and Hunter told the committee they were very concerned with the allegations.

Hunter stated that she gave the info to interiem superintendent Phillip Cleveland on July 13 and asked him to give it to Dean. She also called Tom Albritton, executive director of the Ethics Commission and discussed it with him.

When Senator Gerald Dial asked Hunter if she knew that an unsigned complaint could not be acted on by the Ethics Commission, she said, “I did not know the rules” However, earlier that same day member Cynthia McCarty stated that the board had a retreat in February 2016 and one of the speakers was Tom Allbritton.

Hunter also confirmed to Dial that shortly after this incident that she told him at a meeting of the Business Council of Alabama that Pouncey would not be considered for state superintendent because of the Ethics Commission complaint. However, this was untrue as there has never been an actionable complaint submitted to the Ethics Commisssion (And had the info given to the board members been signed, the statue of limitations has long since expired regarding the supposed offense).

The State Board voted to hire Sentance on Aug. 11. He was nominated by Hunter and received votes from her, Matt Brown, Betty Peters, Stephanie Bell and Governor Bentley.

To say this hire stunned the education community is an understatement of the highest order. If a single educator in Alabama recommended Sentance to a state board member, I have not found him/her. Which is what makes the cries of “betrayal” coming from the state school board almost comical.

The day after the work session last week, board member Hunter sent out a newsletter by email. She states, “Trust has been broken and must be rebuilt.” She could have sent this out the day after she voted to hire Mike Sentance and it been just as true.

We sent out an on-line survey with 23 questions on Nov. 29. To date, we’ve had 970 responses (Since there is no way to control for who responds, this can not be considered what some call a “scientific” poll where respondents correlate to local demographics. In this case, 90 percent of respondents are white, 69 percent are female, 70 percent work for a school system and 61 percent have children or grandchildren in a public school. However, trends are certainly valid, especially as to how educators feel).

To see all questions and all results, click here.

Go to question 16; What grade would you give the Alabama School Board?

Ironic that the shoe is now on the other foot and board members now say they have the same feelings the public had back in August. 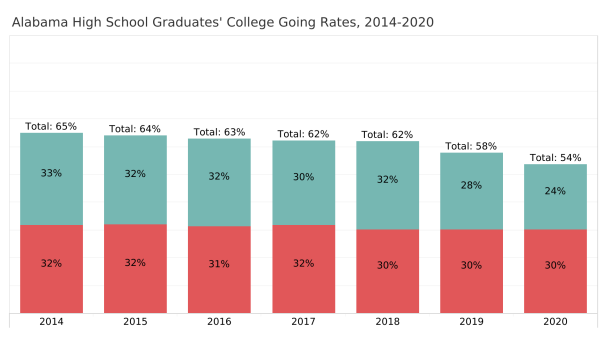