MONTGOMERY — At his official swearing-in ceremony in Montgomery on Monday, newly appointed Attorney General Steve Marshall said he would recuse himself if there is an active investigation into Gov. Robert Bentley.

Bentley appointed Marshall to the State’s highest law-enforcement post last Friday, amid questions over whether an investigation into the Governor exists and what power the new appointee will have over that investigation.

Marshall said Monday that he understood the bad optics and the “cloud” surrounding his appointment and that he would recuse himself from a direct investigation of the Governor, who has been accused of maintaining an extramarital affair with his former top political aide Rebekah Mason and possibly using State funds to do so.

“If it is such that people could not believe that I would be fair, if that’s the case, then it’s my obligation to recuse, and I will,” Marshall told reporters and others gathered at the ceremony. “If there is a direct investigation of Robert Bentley, I will personally recuse.”

Marshall, who served for more than a decade as the district attorney for Marshall County, interviewed for the post last week, according to the Governor’s Office. Marshall, once a Democrat, was appointed by former Gov. Don Siegelman and later switched to the Republican Party. He never ran opposed for DA in Marshall County.

Marshall said that the Governor did not bring up the possible investigation or any of his other legal woes during his interview and, if he had, Marshall would have “walked away.”

To get up to speed on the case, and if there is one, the new Attorney General said he plans to meet Tuesday with the Special Prosecutions Division of the Attorney General’s Office, which is tasked with prosecuting public corruption in the State. Once updated, Marshall said he would meet with Rep. Mike Jones, who chairs the committee charged with investigating Bentley for possible impeachment.

Bentley announced Thursday that then-Attorney General Luther Strange would replace former Sen. Jeff Sessions as Alabama’s next senator after Sessions was confirmed last week by the US Senate as President Donald Trump’s attorney general. The Alabama Attorney General’s Office under Strange was thought to be conducting an investigation into Bentley’s relationship with Mason.

The House Judiciary Committee suspended impeachment proceedings last fall after Strange sent the committee a letter on Nov. 3 informing them of necessary “related work” that his office was conducting. Strange, at the time, said he was concerned that the House’s investigation could have overlapped with one in his office, but never expanded on the nature of the investigation.

The committee began proceedings after the Alabama House passed articles of impeachment against the governor in April 2016. More than a dozen House member signed on to a resolution calling for the investigation after Bentley became entangled in a sex scandal with Mason.

Last week, Strange again neither confirmed nor denied a separate criminal investigation by his office.

“I want to make this clear because I think there have been some misconceptions,” Strange said. “We have never said in our office that we are investigating the governor. I think it’s actually somewhat unfair to him and unfair to the process.”

Jones said last week that he thought the investigation was into Bentley, despite Strange’s recent comments to the contrary.

“There are certain things that law enforcement, no matter what level of law enforcement, that they can’t say because of secrecy laws,” Jones said. “But what I took from it is the only thing we are investigating is Governor Bentley. … That’s my perception. I can’t say beyond that.”

As Attorney General, Marshall will oversee the varying divisions of the AG’s office, including the Special Prosecutions Division headed by Division Chief Matt Hart, who helped lead the prosecution of former House Speaker Mike Hubbard. Hubbard was convicted last summer of 12 felony ethics violations for using his office for personal gain.

At the meeting, Marshall did not assuage concerns that he was going to shake up that division, which would be investigating the Governor and is likely investigation the Birmingham Water Works Board.

Josh Moon contributed to this report.

Opinion | Voter suppression is the only hope for Republicans

Their tactic today is the same tactic of yesterday. Fight democracy. 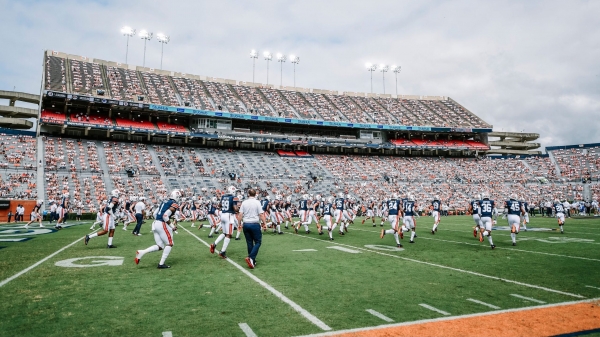