Donald Trump at a rally in Mobile, Alabama, in December 2016. (MADISON OGLETREE)

MONTGOMERY — The Alabama House of Representatives spent nearly three and a half hours on the third day of the Legislative Session debating a resolution that urges Alabama’s majority-Republican congressional delegation to support President Donald Trump’s policy agenda.

The nonbinding resolution, with no legal authority, passed the House along party lines after the long filibuster from the House Democrats, who spent their time criticizing Trump’s campaign, cabinet picks and his executive orders.

More than anything, the Democrats criticized the Republicans for putting this resolution on the top of the agenda as a priority.

“It’s unfortunate that y’all have chosen this as an issue,” said Rep. Merika Coleman. “We have so many things that we need to be dealing with, number one: our state budgets. But this is the issue that you all have decided to bring up, which is going to end up burning a legislative day.”

Throughout the Democratic filibuster, Rep. Barry Moore, who brought the resolution, told Democrats that it wouldn’t have taken long if they had supported his resolution.

“We’ve got a new president and we need to get behind him,” Moore said. “I think he’ll be good for the whole country. I think we need to give him his cabinet appointees. … Those are the things we need to be looking at.”

The resolution urging support for the new Republican president’s “ambitious government reform agenda” will be delivered to the members of Alabama’s congressional delegation. Both US Senators and all but one of Alabama’s US Representatives are Republican.

“There are people out there struggling, and we are here wasting an entire day on something that doesn’t do anything. This is pointless to me,” said House Minority Leader Anthony Daniels, D-Huntsville. “Legislation like this is going to further divide us. We are becoming more and more divided because of these type of things.”

Democrats also took issue with portions of the resolution that said that “the citizens of the United States have voted in agreement with President Trump’s agenda,” citing former Secretary Hillary Clinton’s large popular vote lead as proof to the contrary. 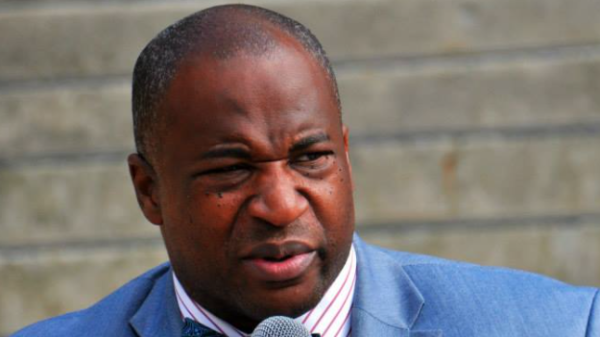