We’re at the beginning of another year, and ready to see continued improvement in our economy. At the Alabama Department of Labor, we are busy wrapping up the facts and figures for 2016. There were many improvements last year, and I’d like to let people know about them.

We ended the year with our wage and salary employment only 17,000 jobs away from reaching two million. I can’t emphasize how great this news is! The last time our economy supported two million jobs was back in 2007, before the recession, before tens of thousands of Alabamians were relying on unemployment compensation to help support their families, and before our unemployment levels reached record highs. A wage and salary employment level of two million is considered to be a benchmark employment figure. I’m hopeful that we’ll reach that milestone in 2017.

As employers’ confidence was sustained and hiring rose, Alabamians continue to join the workforce. We ended 2016 with the largest workforce we’ve had in more than five years. Additionally, more people were working in December 2016 than at any time since April 2008. Employers are hiring, and workers are working. Those who don’t have jobs are looking for jobs, which tells us they believe there are jobs to be had. All of these are positive signs for our economy.

Our manufacturing industry continues to lead our economy. In 2016, Alabama ranked third nation-wide in manufacturing employment growth (year over year December). These competitive, sought-after jobs carry wages of more than $20 an hour.

As far as unemployment compensation goes, the amount we are paying in benefits and the number of people filing for those benefits are at seven year lows. Those who are receiving benefits are only doing so, on average, for around 14 weeks, which is significantly less than during the recession, when up to 99 weeks were available and some were using all of them.

Last year, we paid out over $183 million in Work Opportunity Tax Credits, more than $71 million higher than in 2015. These are credits that employers can take advantage of when they hire certain individuals, such as the long-term unemployed and food stamp recipients, among others. These are dollars that are going right back into our economy to spur spending and encourage hiring.

With all of these positives, we still realize that there is work to be done. Even though there are more people working now than in nearly a decade, there are still more than 130,000 Alabamians who are out of work. Our mission, just like that of Governor Robert Bentley, is to make sure that these citizens have the opportunity to get a job, to support their families, and to live a quality life. In order to meet these obligations, we’re setting a few goals:

In order to keep the unemployment rate low, it’s important that we maintain employment levels. This means working with the Governor, state agencies, economic development groups, and local governments in order to keep jobs in Alabama and recruit new ones. Since taking office in 2011, Governor Bentley’s administration recruited 92,000 jobs to the state. These cooperative agreements are beneficial to all involved.

In January of this year, economists predicted that Alabama will gain 18,700 jobs in 2017. We hope to surpass that number, as we have for the past three years. In 2016, the prediction was for growth of 29,450. For the period covering January 2016 to December 2016, jobs grew by 49,600, bypassing the predictions by 20,150! Again, as employers maintain their confidence in the economy and continue to hire, hopefully, this goal will be an easy one to meet.

Our Career Centers offer so many wonderful services for both jobseekers and employers. The best part is that they are offered at no charge! Nearly half a million Alabamians were served in 2016, and we hope to increase that number this year. Our regional job fairs, hosted in Montgomery, Dothan, and Birmingham last year, drew more than 12,000 jobseekers to speak with more than 400 employers. We’re bringing our job fairs to other regions of the state this year. Come out and see us! Find out more information about any of our services at www.labor.alabama.gov. 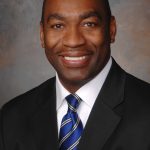