Thursday, March 29, 2017, it was announced that Tuskegee, Alabama has been selected by DRS Technologies as the potential site of an aircraft production facility to build the T-100 trainer creating up to 750 jobs.

Gov. Bentley said, “Leonardo’s project will have a massive economic impact in Macon County and across the region through the creation of high-paying jobs, Moreover, these T-100 training aircraft — built at the site where the legendary Tuskegee Airmen trained during World War II — will prepare a new generation of fighter pilots whose mission is to keep our country safe

US Senator Luther Strange (R) expressed support for the effort to create high-tech jobs. Sen. Strange said, “Today’s announcement marks an opportunity to reinvent Tuskegee as a hub of innovation and put more Alabamians on the cutting edge of 21st century manufacturing. I am very proud to recognize the committed efforts of state and local leaders in developing this proposal, and to put the spotlight on a community with such a rich aviation history. It is exciting to think that we might soon be watching T-100s made in Tuskegee take to the skies.”

Governor Bentley, Tuskegee University officials, Tuskegee Mayor Tony Haygood and community leaders joined executives of Leonardo at a ceremony at the airfield to announce plans for the Alabama manufacturing center. Moton Field, located off Exit 38 on Interstate 85, is home to the Tuskegee Airmen National Historic Site.

If selected there would a 10 year ramp-up period, beginning in 2019. Total investment in the T-100 project’s buildings, infrastructure and equipment will exceed $200 million to $250 million.

To establish its operation, Leonardo will lease a new facility to be built at Moton Field by a public-private partnership formed in Macon County. The Alabama workforce will perform structural sub-assembly, integration, final assembly, and conduct research and testing at the site. Aircraft deliveries will also take place there.

Leonardo’s twin-engine T-100 is currently being used to train pilots around the world to fly next-generation fighter aircraft. The trainer ia based on the company’s proven M-346 aircraft and has already been selected for this role by Italy, Israel, Singapore, the United Arab Emirates and Poland.

Leonardo will be supported by Tampa, Florida-based CAE USA in the design and development of a comprehensive T-100 ground-based training system as part of the program. CAE already provides a comprehensive training program to US Army fixed-wing pilots at a high-tech $70 million center that opened recently at the Dothan Regional Airport.

The engines will be built by Honeywell Aerospace at its Arizona assembly plant.

Alabama Department of Commerce Secretary Greg Canfield said, “Alabama has a long history of providing critical flight training for military aviators, and historic Moton Field is a perfect home for a facility where world-class training aircraft for US fighter pilots are assembled. This is an ideal way to build on the important legacy of the Tuskegee Airmen.”

Mayor Haygood said, “We look forward to supporting this effort that can lead to renewed vitality of Macon County and the City of Tuskegee.”

The chairman of the Macon County Economic Development Authority Mark Ennis said, “The collective efforts of our community to commit to world-class economic development through the MCEDA has shown what we can do together. Leonardo and the T-100 project have been in the making for over two years. We stand side by side with them, ready to help them win and then build aircraft here in Macon County. This would be a generational game-changer for the future of our citizens.”

The legislation would curb public officials' ability to close certain classes of businesses in a pandemic. 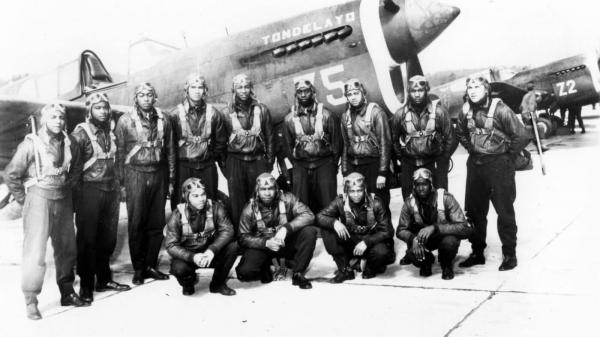