Wendy Lang is a longtime elementary school educator in Decatur, AL. She left the classroom a year ago to work for the Alabama Education Association.

In 2016 she was asked to be a part of a fund-raising event for the Carnegie Visual Arts Center. She shares the wonderful story of why she was happy to. In this day when all we seem to hear about is data and test scores, it is a wonderful reminder that the education experience is so much, much more.

“He was small for his age. He was immature, with two constantly skinned knees; academics didn’t come easy to him; neither did the ability to sit still. His pale complexion accented the dirt crusted on his face and hands each day. He often wore shorts in the dead of winter and his shirts were always torn and tattered. He was in desperate need of a ‘touch,’ yet I was unaware of just what I could do to establish the self-confidence necessary to find one brief, rare ray of light in the darkened tunnel of his life.

At five, he appeared to have already given up. There were times when I felt the same.

He couldn’t write his first name, couldn’t count to ten or recognize the letters of the alphabet. A severe speech impediment kept him from being easily understood. Lunch was the only subject where he seemed to excel and I wondered if it ever crossed his mind just where his next meal might come from.

He did enjoy his art class. Our school shared an art teacher with two other schools and he looked forward to his time with Mrs. Young. During the spring, students were chosen to participate in an art contest at the Carnegie Visual Art Center. Every school in the county was represented by their stellar art students. It was quite the honor.

Parents were asked to bring their children to a presentation. Invitations were sent to parents and, low and behold, a piece of his artwork had been slated as a “best” at our school and he was beside himself. His mother got the invitation, but she couldn’t spare the time to attend. After all, it wasn’t anything important, she told me. Both Mrs. Young and I tried repeatedly to impress upon the mother just what an honor it was and how excited he was. His eyes lit up after I was able to get across to him what refreshments were.

On the day of the big event, he hung his head because his mother couldn’t come. That meant he couldn’t come either. I don’t know who was more heartbroken, him or me. I decided at the last minute to go on ahead just in case. After all, miracles do happen!

I headed in with my head low and my spirits even lower, then suddenly heard a little voice, “Mii Ang…Mii Ang…..ookies mmmmm!”

There he was, tattered shirt, soiled shoes, dirty face and hands, and the most beautiful sight I had ever seen. He ran into my arms and I hugged him with just as much force as he hugged me. Together we walked hand in hand inside to the exhibits and found his offering. He stood there the entire afternoon with the biggest grin on his face.

He shook hands, greeted people, grinned and laughed; he was a totally different child. I was ecstatic.

What he received that day was far more than cookies or even his artist rendering matted for display. From that moment on, he became somebody. He had a sense of accomplishment and belonging in a place where he struggled to fit in. He was more than a winner; he was a child after God’s own heart; a masterpiece of grand proportions.” 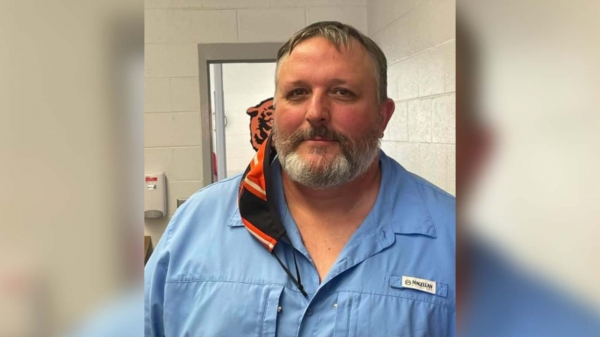