On Monday, US Representative and US Senate candidate Mo Brooks (R-Huntsville) released a new ad reaffirming his strong support of Donald Trump’s presidency and attacking Luther Strange for what he called his “deceptive attacks.”

Congressman Brooks said, “There’s only one “never Trumper” in this race: Luther Strange. I supported President Trump in 2016 and wrote a $2,500 check to help him win. Luther never endorsed Trump, never donated and is now helping Mitch McConnell block the America First Agenda in the Senate.”

Brooks said, “My record is clear: I’ve voted with President Trump 95 percent of the time in Congress. I have a proven conservative record and the endorsements of Laura Ingraham, Sean Hannity, Mark Levin, and Ann Coulter. Luther Strange has Mitch McConnell.”

Many of the barrage of Luther Strange ads question Brooks’ loyalty to President Donald J. Trump (R).  Brooks denies being hostile to the President.

The transcript of the ad follows: “Luther Strange? He isn’t telling the truth again. I wrote a $2,500 check to help President Trump defeat Hillary.  And in Congress, I vote with President Trump 95% of the time. So who are you going to believe: Mitch McConnell and Luther Strange?  Or conservative thought leaders like Sean Hannity, Laura Ingraham, Ann Coulter, and Mark Levin. They’ve all endorsed me for Senate because I support President Trump’s America First Agenda.  I’m Congressman Mo Brooks, and I approve this message.”

Senate Majority Leader McConnell is unleashing the full power of his Majority Leader position to try to flood the State of Alabama with PAC money to try to stop Brooks and former Alabama Supreme Court Chief Justice Roy Moore (R) from filling the vacancy in the Senate created when Sen. Jeff Sessions (R) became US Attorney General.

McConnell’s Super PAC is set to spend as much as $8 million in Alabama’s Republican Primary. Politico is reporting that McConnell has activated his sprawling donor network and pressed the White House for more resources. And the National Republican Senatorial Committee, the Senate GOP campaign arm McConnell controls, has told consultants that they would be forever blackballed from receiving GOP work ever again if they assist any of Strange’s opponents.

Despite vastly outspending every other candidate in the race combined, recent polling has Strange struggling to stay in the top two.  Crowds at Luther Strange events have been small and the Senator has avoided local media.

Congressman Brooks has called on Mitch McConnell to resign as Majority Leader after his failure to pass any bill repealing Obamacare on Thursday.

Luther Strange has missed several candidate forum events across Alabama.  On Monday, when Strange was absent from the Wetumpka Tea Party Candidates forum, Brooks told the crowd that Strange was not here because he will be at a $10,000 per plate special interest fundraiser tomorrow sponsored by Mitch McConnell (Senate Majority Leader from Kentucky) and the special interests.

Chief Justice Roy Moore has said that Mitch McConnell can not control him and on Monday called for McConnell to be removed as Majority Leader.  On Monday Moore said, “We need to repeal the healthcare bill (Obamacare) and replace it with removing Mitch McConnell.”

Original reporting by Politico’s Alex Isenstadt contributed to this report. 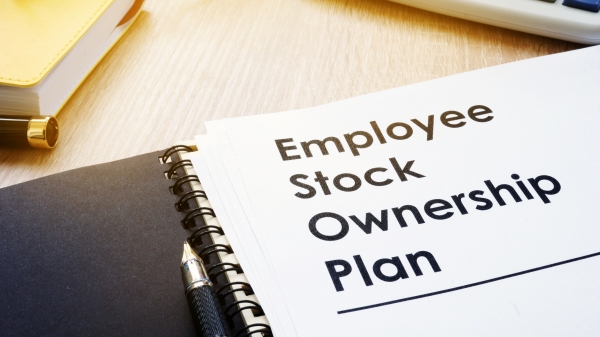 The legislation incentivizes owners of S corporations to sell their stock to an employee stock ownership plan.

“Getting a vaccine and wearing a mask should be a choice, not a government mandate," said Lt. Governor Will Ainsworth.