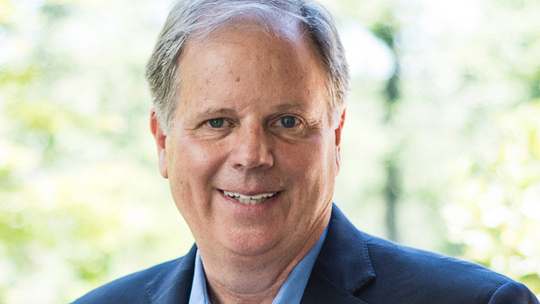 Friday was the anniversary of the Birmingham church bombing that killed four girls in 1963. The prosecutor who brought the men responsible to justice, former U.S. Attorney Doug Jones, is now a Democratic candidate for U.S. Senate. Jones urged Americans, Alabamians and their leaders to stand up to hate.

“Over the past month, we’ve seen the purveyors of hatred and division rear their ugly heads in Charlottesville and around the country,” said Jones, who prosecuted KKK members responsible for the deadly Sept. 15, 1963, bombing of 16th Street Baptist Church.

Jones said that he is committed to continuing his fight for equality and civil rights in the U.S. Senate. As U.S. attorney for North Alabama, Jones reopened the investigation into the church bombing more than three decades after the shocking crime.

Jones said that he is concerned about the re-emergence of hate groups, especially the recent white supremacist activity, and what he considers to be the weak response from some officials and candidates, including his opponents.

“That is not who we are,” Jones said. “America is a nation of laws, justice, equality and opportunity and we must push back against those who threaten those fundamental American values.”

Jones said it would dishonor the memory of those four innocent girls: Addie Mae Collins, Cynthia Wesley, Carole Robertson and Carol Denise McNair, for the United States to turn back to those dark days.

“Doug Jones has been a fierce ally for decades,” Lewis said. “We need fighters like Doug Jones in the Senate to carry the torch and stand up to injustice in all its forms.”

Jones’ campaign said in a statement that in contrast to Jones’ work in Civil Rights, Republican Candidate Roy Moore spoke to a “meeting of white nationalists” – the Council of Conservative Citizens – in 1995; “while Luther Strange has remained largely silent regarding the recent resurgence of violence from white supremacists.”

Jones was appointed U.S. attorney for North Alabama by then-President Bill Clinton. Since leaving the Justice Department, Jones has practiced law in the Birmingham area.

Jones won his party’s primary without a runoff on Aug. 15. Jones will face the winner of the September 26 runoff on Dec. 12, 2017, in the special general election.