Ella Mae Hale has left a void in the hearts of many.  If any word sums her up, it is passionate.  In the obituary, this is mentioned. There will be an elaboration below.

Her faith was an important part of who she was having been educated at Sacred Heart High School and St. Bernard College. She sang in the choir at church and was particularly fond of Father Boothe, who faithfully called her nightly leading up to her brain surgery.

She loved people (and never met a stranger) and developed relationships with all whose lives touched her in the business community and where she went about her daily life. As an only child, these became her family whom she thus would invite to numerous events.

In the music arena, her accomplishments are covered. Ella Mae did on a regular basis lead a group to a nursing home where in addition to singing, treated the residents to goody bags.

She was passionate about University of Alabama football. She wore sandals most of the year and always had an A on her big toe nail which was painted Alabama red by Jennie and then Kathy (the new co-owner). In fact, she made a point of showing it to a nurse during her recent hospital stay.

Ella Mae was the daughter of a WWII Veteran and the niece of a Korean War POW. She shared about how her dad had, for a time, been Gen. Patton’s driver. She helped secure her Uncle Spencer to be the honoree in the Rainy Day Patriot contingent of the National Veterans’ Day Parade a couple of the many years we participated. Nary a year did Ella Mae miss participating and she seemed to relish it, especially being on the trailer with Brother Eddie. She loved the veterans, even putting forth much effort to get veteran pictures on the wall in the Gardendale Ryan’s Steak House after developing a relationship with the manager, Jeff. Ella Mae wasn’t one to allow a serviceman to pass without a “thank you for your service”.

Love of country was demonstrated by a number of ways including the aforementioned. Additionally, Ella Mae, was not one to miss a Tea Party meeting. She was enthusiastic about such having gone in September 2009 to a Washington, D.C. rally with Rainy Day Patriots. There was an aerial photograph of the event showing the 1.75 million in attendance. This sizeable photograph was carried in her trunk for years. She participated in many other tea party events including the annual RDP Memorial Day commemoration where she graciously always sang solos and led others in singing. As far as Ella Mae was concerned, an event wasn’t complete without a meal before or afterwards shared with the Patriots, as she referred to these. Ella Mae was faithful to call her elected officials who worked for her about issues important to her. It was customary for her to know all the employees in these offices and they knew her by name. Educating others about historical information was important to Ella Mae. She had her own ministry of sorts. With her own funds, she created, copied, and passed out her thick “packets”, as she called them. These she gave out to countless, including many minorities. She would report back that these individuals believed as we all did.  Ella Mae was the unofficial Rainy Day Patriots historian. She took untold numbers of photographs at various events and before the developing solution was dry on the copies, she had a copy in your hand. These were some times in the form of a booklet and always were considered a gift.

Yes, Ella Mae Hale, you are a Patriot and “thank you for your service”! Godspeed, dear one, to your place in the Celestial Choir!

From Birmingham News Obituary: In lieu of flowers, donations may be made to Blessed Sacrament Church, Birmingham; Sacred Heart Church, Cullman; or St. Bernard, Cullman. Visitation will be Tuesday, October 24, 2017 at Sacred Heart Church from 5:30 P.M. until 7:30 with a Rosary at 7:30. The Funeral Mass will be Wednesday, October 25 at 10:00 A.M. Interment will follow at the Catholic Cemetery. Father Patrick Eagan O.S.B. will officiate. Please visit mossservicefh.com to leave condolences for the family. Moss Service Funeral Home Directing.  She was 68. 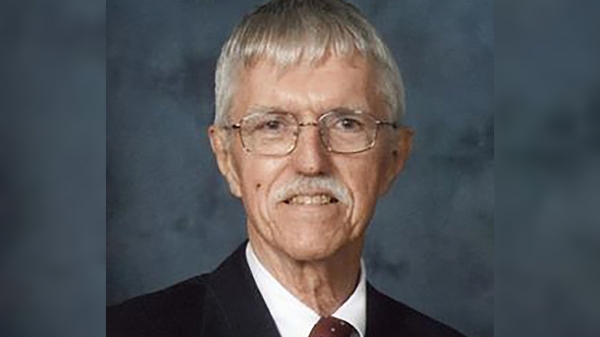 Stewart was a professor of political science and an expert in Alabama politics. He was 81.