Thursday, the U.S. Senate passed the NDAA after it came out of a conference committee report.

The FY18 NDAA conference report authorizes a $88.7 billion increase over FY 2017 national defense funding. It authorizes $634.2 billion for base budget requirements and $65.7 billion in Overseas Contingency Operations funding, for a record-high total of $699.9 billion.

“Congress has the important responsibility of ensuring that our military is best prepared to defend our nation both at home and abroad,” Shelby said. “The National Defense Authorization Act supports our men and women in uniform by addressing the priorities and resources needed. This bill is a critical step in the process, and I look forward to securing our military’s funding in the Appropriations Committee.”

“This legislation not only strengthens our military, but it also provides our troops a pay raise and authorizes increased funding for many missile defense, aviation, and ground vehicle and Navy fleet modernization programs in Alabama,” Sen. Shelby said. “I am pleased to support the NDAA and will continue the effort to ensure that the brave men and women of our Armed Forces remain well-equipped, highly trained, and properly funded.”

“The FY18 NDAA conference report supports a defense budget of nearly $700 billion. This exceeds the defense spending caps in the Budget Control Act by $85 billion. The overwhelming, bipartisan support for this defense budget should serve as a reminder of the troubling state of our military today—and an acknowledgement that the Budget Control Act-level of defense spending is insufficient and unacceptable. The support demonstrates that large majorities of both the House and the Senate agree that, based on strategic requirements, this is the defense budget our nation needs. And it should also serve as the baseline for our leaders in Congress and the White House as they negotiate a budget deal,” Senate Armed Services Committee Chairman John McCain, R-Arizona, said in his own statement.

“Nearly two months into Fiscal Year 2018, we cannot delay any longer in appropriating these vital, additional resources for our military,” Sen. McCain said. “Any further delay in doing so would be an abdication of Congressional responsibilities.”

The House of Representatives has already approved the NDAA, so it now goes to the desk of the president where Donald Trump is expected to sign it.

“I call upon the President to sign this important legislation into law—and in doing so acknowledge that this is the level of defense spending necessary to meet current threats, prepare for the challenges of an increasingly dangerous world, and keep faith with our men and women in uniform,” Chairman McCain said.

Sen. Richard Craig Shelby has served the people of Alabama in the U.S. Senate since 1986. At age 83, Shelby is the fourth oldest member of the Senate. Shelby received a bachelor’s degree from the University of Alabama in 1957. He received his law degree from the Birmingham School of Law in 1961. He received his L.L.B. from the University of Alabama School of Law in 1963. He was a Tuscaloosa city prosecutor, a U.S. Magistrate and an assistant Alabama attorney general before being elected to the Alabama Senate in 1970. He was elected to the U.S. House of Representatives in 1978. 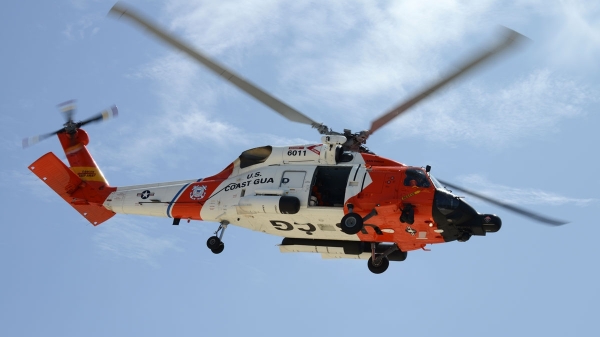