Sunrise on the Alabama River at Cooters Pond in Prattville, Alabama

An analysis recently performed on Alabama’s rivers shows that, in 2015, almost ten million pounds of toxic chemicals were dumped into the water, according to the Black Warrior Riverkeeper. These chemicals included over 50,000 pounds of carcinogens, which are substances and exposures that lead to cancer. It also possessed chemicals that have the ability to cause reproductive issues in men and women.

“Toxic chemicals in our rivers and lakes aren’t just bad for the fish. Most Alabamians get their drinking water from our rivers,” said Frank Chitwood, the Coosa Riverkeeper. “Removing these toxic chemicals costs money that ultimately gets passed on to ratepayers. Clearly, our priorities are backwards. We should place a much higher priority on the protection of our drinking water.”

The data involved was self-reported by industries to the EPA’s Toxics Release Inventory. Chitwood then evaluated the volunteered data to produce these rankings. The numbers show that heavy manufacturers, such as power plants, paper mills and chicken processors, emit the most chemicals into the state’s rivers.

In North Alabama, the Tennessee and Coosa Rivers tested positive for perfluorinated compounds, and multiple drinking water systems struggled to remove the PFCs from the water. This has been a controversial focal point over the last two years as mercury and PCBs, two highly toxic chemicals, were also found in the water.

The release of these chemicals is legal and sanctioned by Alabama Department of Environmental Management through their National Pollutant Discharge Elimination System permitting program authorized under the Clean Water Act.

Also in 2015, two prominent chicken processing plants created the largest emission of toxins, which included nitrate compounds, in the Black Warrior River basin. Tyson Farms’ Blountsville Processing Plant was ranked number four and was responsible for the release of 891,578 pounds of toxic contaminants into Graves Creek, a Locust Fork tributary. The second plant, American Proteins, which is located in Hanceville, was ranked number eight and released 346,947 pounds of toxic contaminants into the Mulberry Fork.

“Polluted water, contaminated fish, and unhealthy humans are tough prices to pay when polluting companies could be paying their fair share of the balance,” said the Black Warrior Riverkeeper, Nelson Brooke. “Instead of discharging pollutants at a profit, polluters should be required to spend more money to reduce their impact on our water, environment, and health.”

In this article:Black Warrior Riverkeeper 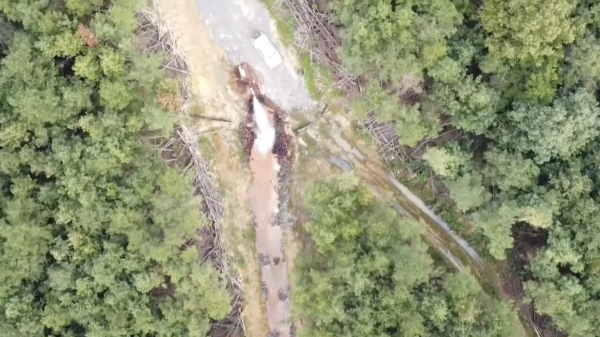 Black Warrior Riverkeeper filed a lawsuit against the Environmental Protection Agency on Feb. 27, 2019, in an effort to ensure the protection Black Warrior...