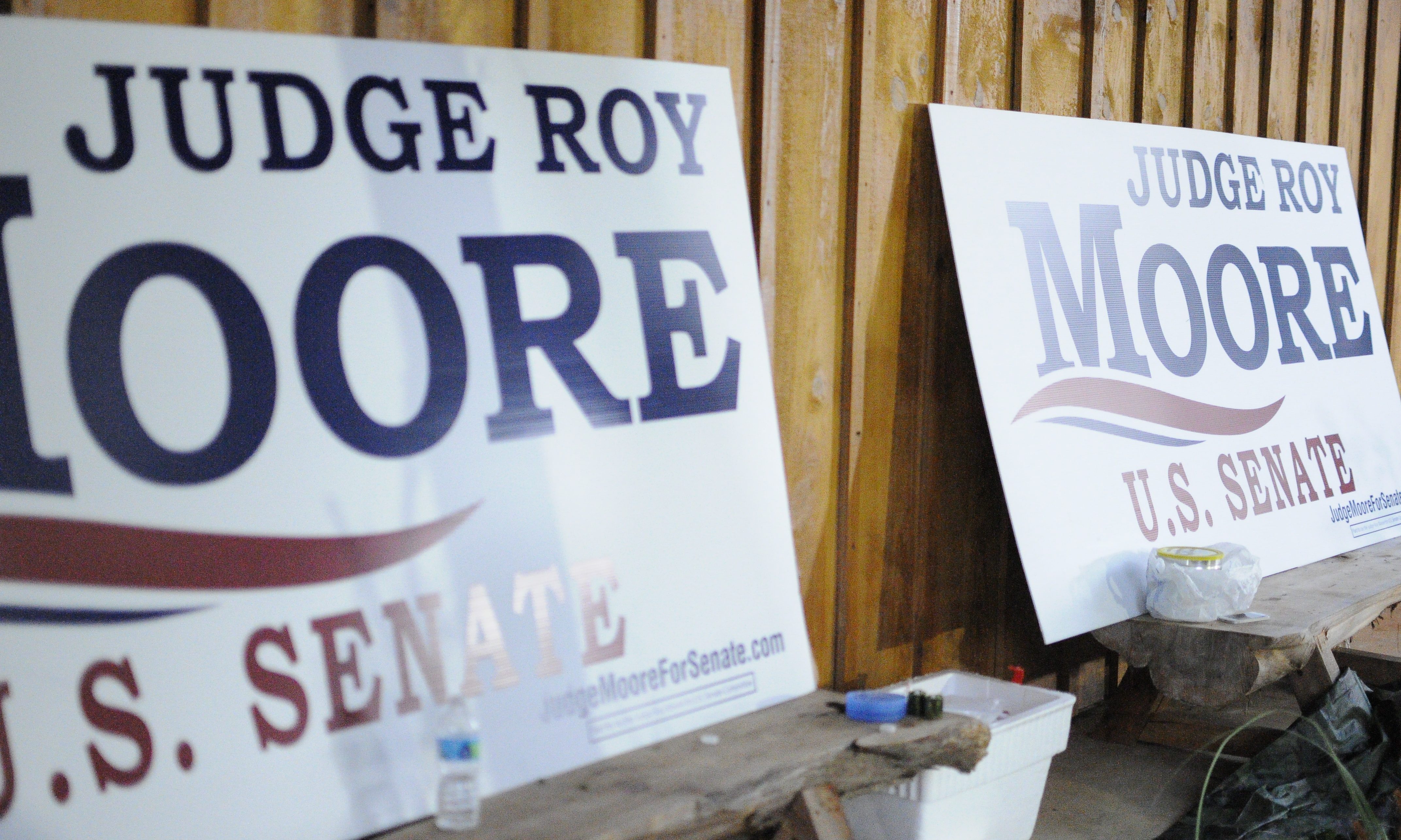 MIDLAND, Ala. — For Republican Senate candidate Roy Moore’s core group of voters, this special election is about much more than politics or policy. At its core, Tuesday’s vote isn’t about taxes, and it’s not about Steve Bannon, Donald Trump or even Democrat Doug Jones.

When Moore’s staunchest supporters walk into a polling place Tuesday, first and foremost on their mind will be a world that appears to be fundamentally shifting away from them — a political and social reality that not only feels uncomfortable but even hostile.

Abortion disgusts them, and same-sex marriage disturbs them. Those two issues, though they may be settled law for most of America, remain active moral and religious battles, serving as constant reminders of an America in moral decline, in constant movement away from God.

“I’m glad they’re not here with us to see the mess we’re in,” Moore said of the founders, quoting a poem he wrote years ago, “how we’ve given up our righteousness for a life of indulgent sin. For when abortion is no longer called murder and sodomy is deemed a right, then good is now called evil and darkness is now called light.”

No sum of allegations against Moore, no amount of consoling or cajoling from any pleading Democrat or conforming Republican could pull them away from him, a man who represents not just their politics, which may change, but, more importantly, their morality, their culture and the God and Bible they worship on Sunday mornings, Sunday nights and the weekdays in between.

No matter how much money has poured in from whatever direction, no matter how hard political leaders they once respected tug on their coat sleeves, Moore’s supporters, inside Alabama or outside her borders, will stay with him. They’ll stay with him because he is their David and anyone opposing him, opposing their morality, is Goliath.

They’ll stay with him, win or lose, because on the special election ballot are two options and two options only: good and evil.

“I don’t think they want to have anything to do with the Bible. They want homosexuality. These things are anathema to God, and Roy has stood up for it, to be honorable, and they hate him for it,” said Ted Crockett, a Moore surrogate and former Shelby County commissioner.

White House chief strategist Steve Bannon’s three recent visits to Alabama weren’t intended for Moore’s core voters. Moore doesn’t need any help with them. Instead, it was meant to energize those men and women who voted for Trump and who have their own grievances with the direction of the country. The voters Bannon reached last night, with all of his bravado and disdain for Mitt Romney, Jeff Flake and “the swamp,” aren’t the same voters who will show up in force Tuesday for Moore. Those voters are the extra votes he will need to win. But at the core of his candidacy, Moore speaks to a crowd of socially conservative, evangelical voters, folk he has courted over his decades as a representative for them on the bench and cultivated over his years as a spokesman for their values in public life. They’re the consistent and dedicated churchgoers who saw his numerous stands for the Ten Commandments, his advocacy for Christ in public life and his crusades against same-sex marriages as Biblical struggles. They see a martyr — a man who will lay down his political life to stand up for the values that define their identity.

“My opposition has always been about my acknowledgment of God, the sovereignty of God, the Ten Commandments,” Moore told his supporters Monday at an election-eve rally in Midland, Alabama. That opposition, his supporters fear, represents a disease plaguing America. A disease that creeps and looms and threatens to destroy the moral fabric of their lives. They aren’t swayed when Moore says Sept. 11 might have been punishment for drifting away from God, because they believe that, too.

They worship a good and loving God, but a God who is to be feared above all else — a God who will punish the world if it drifts away from Him.

“We have become a seemingly more secular nation — moral relativism, secular humanism — and Judge Moore is the very opposite of that. He believes that one of the most basic rights is the right to acknowledge God, that if we couldn’t do that, then we truly don’t have freedom,” said Andrew Phipps, a religious speaker who traveled from Indiana to speak at Moore’s rally Monday night. “I happen to believe in the moral agenda that Judge Moore is trying to establish, and I just think it’s going to be the right thing for our nation.”

Jones, a 30-year member of Canterbury United Methodist Church in Mountain Brook, Alabama, is a Christian, too, but not the right kind, at least in the eyes of Moore’s supporters. No matter how many churches Jones spoke at during his campaign, and there were quite a few, his separation of religion from the public sphere represents exactly what Moore’s base most rejects: the separation of God from the government.

A Montgomery woman provided graphic details of the affair in a story on an obscure, right-wing website.