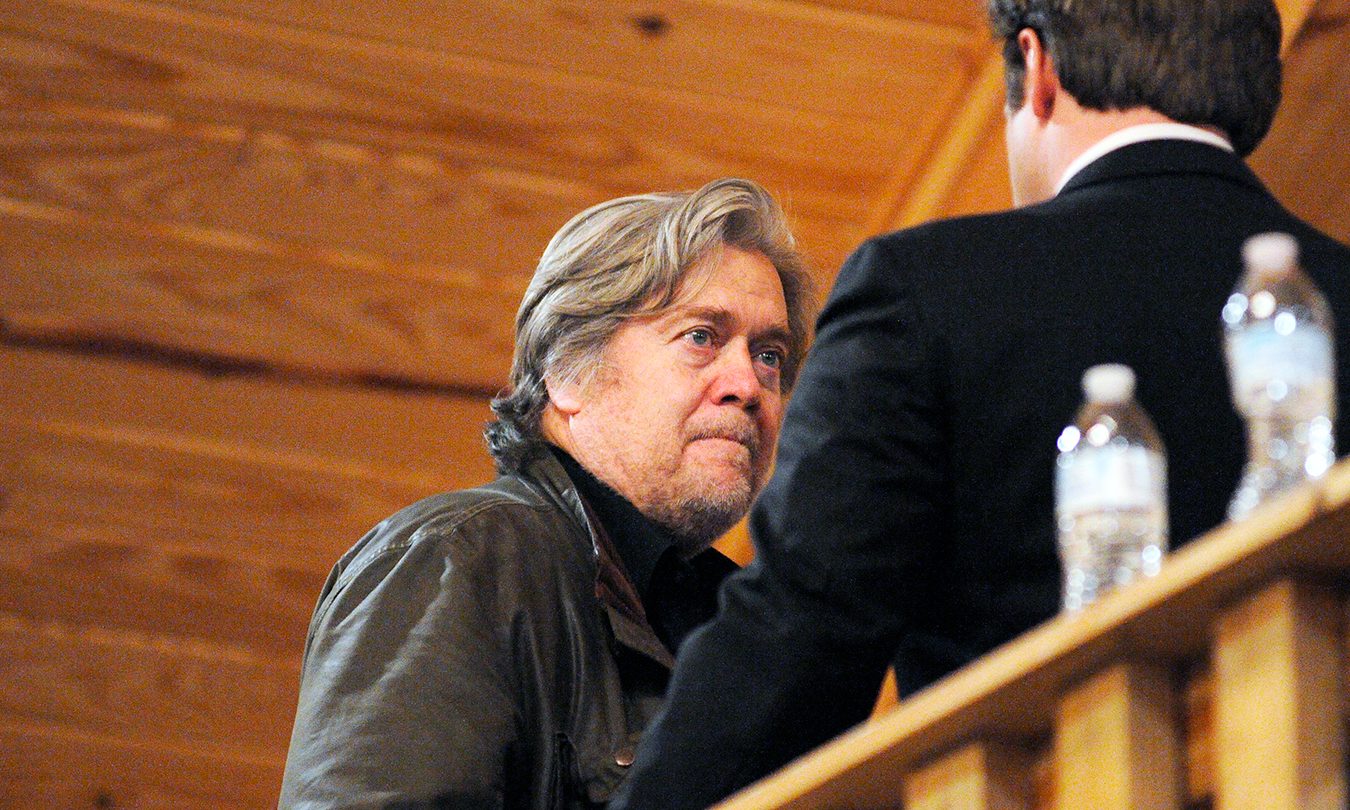 Bannon spoke out against Shelby, Rice and other Republicans who have decided to distance themselves from Moore’s controversial candidacy.

“To Mitch McConnell, Senator Shelby and Condi Rice and little Bobby Corker, all of that establishment up there, all of that establishment up there every day that doesn’t have Trump’s back. You know they don’t have his back. All they want him for is that corporate tax cut. That’s all they want him for. As soon as they get that tax cut, watch what happens. There’s a special place in hell for Republicans that should know better,” Bannon said. “We know what they’re doing. They’re trying to shut up President Trump and Judge Moore.”

Rice earlier in the day on Monday released a statement calling Tuesday’s election “the most significant in Alabama’s history.”

“I encourage you to take a stand for our core principles and for what is right. These critical times require us to come together to reject bigotry, sexism, and intolerance,” the former Republican top diplomat and national security adviser said. Rice was born in Birmingham, grew up in the segregated South and worked in several presidential administrations, culminating with her post as secretary of state in President George W. Bush’s administration.

“I know that Alabamans need an independent voice in Washington,” she went on to say. “But we must also insist that our representatives are dignified, decent, and respectful of the values we hold dear.”

Rice’s comments, though they didn’t name Moore or Democratic challenger Doug Jones, were interpreted as an invitation for Republicans to abandon Moore — either for a write-in candidate or for Jones.

Shelby, Alabama’s senator since 1987, on Sunday told CNN’s Jake Tapper that he couldn’t vote for Moore and instead wrote in a “distinguished Republican.”

“We call it a tipping point. And I think so many accusations, so many cuts, so many drip-drip-drip, when it got to the 14-year-old story, that was enough for me, I said I can’t vote for Roy Moore,” Shelby said. “The state of Alabama deserves better.”

Moore’s campaign has said numerous sexual assault allegations leveled against Moore since November are nothing more than a political hit job, blaming establishment Republicans and Democrats for the timing of the allegations and their release in the Washington Post.

Moore has denied the allegations.

“The Washington Post put out this terrible, disgusting article saying I had done something,” Moore said Monday, criticizing the timing of the allegations. “They waited until 30 days before this general election to come forward. Now, they have their pictures being on political advertisements, and they brought the national television arguing their case after waiting 40 years, during which in three public offices in the state, I ran five state campaign, three county campaigns in the same county and never once was this mentioned. Never once was it identified, despite numerous investigations.”

Since the allegations surfaced last month, the campaign for a once-solid Republican seat has devolved into an all-out content to replace Jeff Sessions. Republican leaders in Washington, from Senate Majority Leader Mitch McConnell to House Speaker Paul Ryan, have abandoned Moore.

Others including Sen. Cory Gardner, R-Colorado, who chairs the National Republican Senatorial Committee, have called for an ethics investigation into Moore and potential expulsion if he is seated in the Senate.

While support among Republican leaders nationwide has eroded, Moore has maintained strong support among local GOP leaders including Alabama Chairwoman Terri Lathan and the ALGOP. Gov. Kay Ivey has said she finds the allegations credible and disturbing but would rather have a Republican majority in the Senate.

Shelby is so far the only high-profile statewide elected Republican to speak out against Moore’s candidacy.