Tom Fredricks and Parker Moore will face off in a runoff in the GOP primary for Alabama House District 4.

The two emerged from a special GOP primary on Tuesday versus Tom Willis. As of Thursday morning, Fredericks had 46 percent while Parker Moore had 30 percent.

The special Republican runoff will be on Feb. 27.

Fredricks is a resident and businessman in Priceville, Alabama.  Tom serves on the board of several benevolence programs and is involved with the Republican Party at both the county and state levels.

Tom’s business, Fredricks Outdoor, was the official North Alabama Headquarters for the Donald Trump Presidential Campaign last year. He also campaigned across Alabama and the Southeast in support of Trump and the Republican Party.

Tom has a degree in mechanical engineering and worked with NASA for ten years.  In 2000, Fredricks become a business owner.  He opened Fredricks Outdoor in Priceville in 2010.

Parker Moore is a native of Decatur, Alabama.  He graduated from the University of Alabama with a degree in Political Science.  He is involved in several civic organizations serving in communitywide leadership roles in and around the Decatur area.  He is Chairman of the State Education and Public Affairs Committee of the Grand Lodge.

Parker Moore has successfully chaired two state wide campaigns and worked on several others, including a Decatur Mayoral campaign with a 100 percent success rate in all the campaigns he has worked for.  Moore is currently employed with Encore Rehabilitation as Marketing Representative for North Alabama.  He is an elected elder at Decatur First Presbyterian Church.  He serves on the Huntsville Hospital Foundation Advisory Board.  Moore has been actively involved in the Republican Party since college and interned with U.S. Rep. Robert Aderholt, R-Haleyville.  Moore has regularly volunteered with Wounded Warrior projects.

“I would like to thank everyone that voted in this election,” Moore said on social media.  “I am beyond honored and humbled for your vote and trust in me. I can promise you I will continue to work hard to earn your vote. Thank you again District 4!”

The winner of the Republican Primary runoff on February 27 will go on to face Democrat Juanita Healy in the special general election.

This seat became vacant when state Rep. Micky Hammon had to step down after he pleaded guilty to mail fraud.

This is a special election to cover the remainder of Hammon’s term.  There will be another major party primary on June 5 to elect the district’s representative for the next four years.

Original reporting by TV station WAFF contributed to this report. 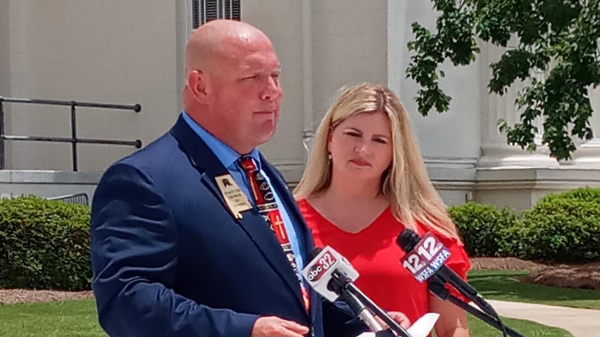