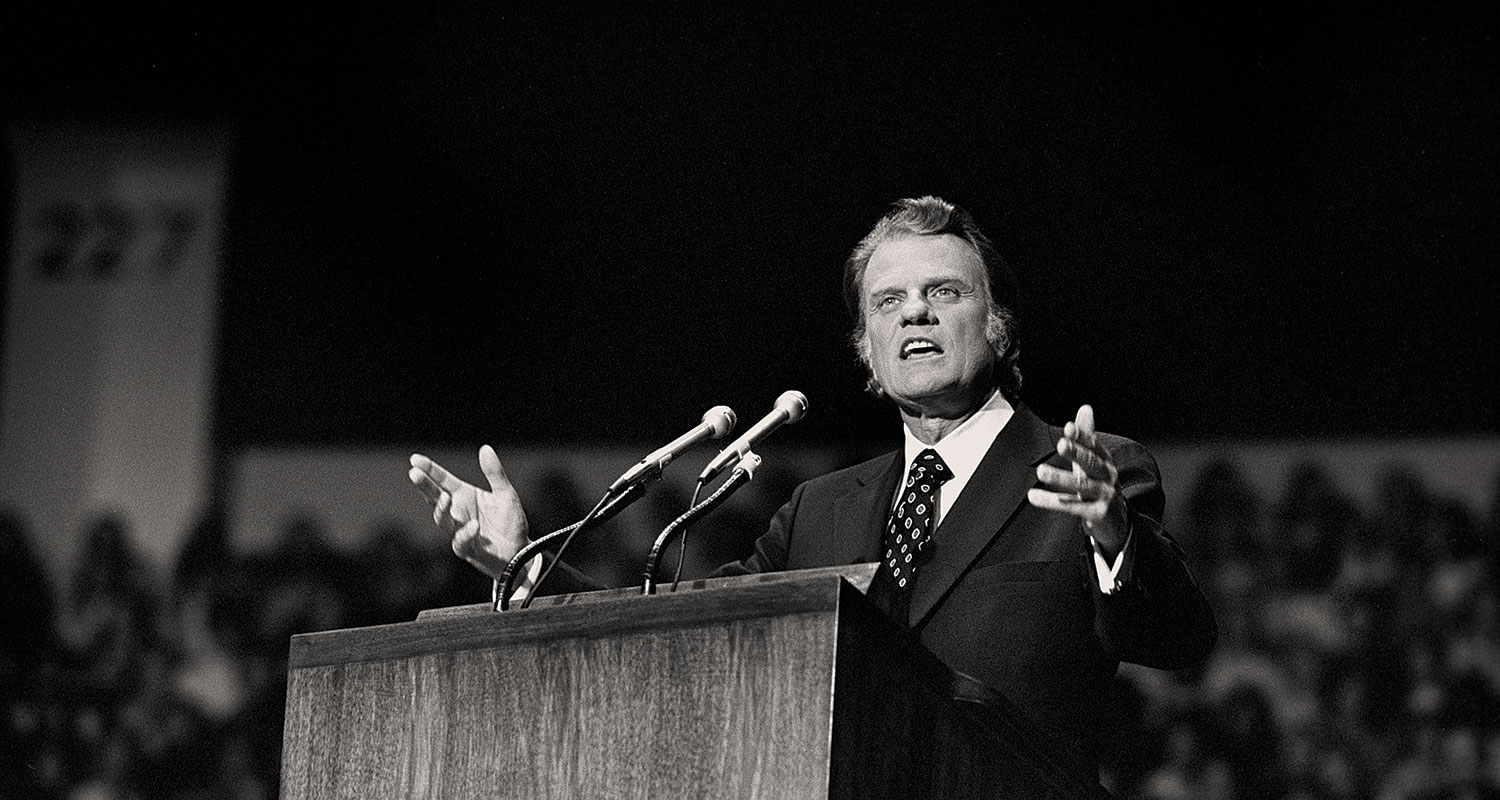 Wednesday, evangelist Billy Graham died at the age of 99 from natural causes.   Many leaders across Alabama and beyond responded to the death of the one of the most influential American religious figures of the twentieth Century.

“I fondly remember watching Dr. Billy Graham during my childhood and even wrote to him once,” Gov. Kay Ivey said in a statement on Twitter. “He was an inspiration to all who heard him. Our world will miss him greatly.”

“I was deeply saddened to hear that Billy Graham passed away this morning at the age of 99,” U.S. Rep. Gary Palmer, R-Hoover, said. “Reverend Graham led a life of service and preaching that had incalculable influence all over the world. Reverend Graham was truly a spiritual voice for his generation. He was not only America’s greatest evangelist, he was its most influential. Millions of people came to faith in Jesus Christ because of his preaching and teaching.”

“I was deeply saddened to learn about the passing of Rev. Billy Graham,” said Congressman Mike Rogers, R-Saks.  “He spread the gospel and touched so many people. His strong faith in God encouraged many lives, including mine. Our prayers are with his family.”

“Although Billy Graham departed his worldly body today, he gained eternal life with Jesus Christ. Graham spent his lifetime spreading the gospel, and his widespread message of redemption through faith had a profound impact on all humanity,” said Congressman Mo Brooks, R-Huntsville.

“Billy Graham was the definition of a servant leader, and he dedicated his life to living out his faith and supporting our nation’s leaders,” Congressman Bradley Byrne, R-Montrose.

“I had the pleasure of meeting Dr. Graham for the first time over 30 years ago,” gubernatorial candidate and evangelist Scott Dawson said. “He will go down in history as one of the world’s great evangelists, but what I’ll remember is his striking humility. He was quick to give credit to his Savior, not to his talent. He counseled presidents and influenced millions across Alabama, this nation, and the world, but from his demeanor, no one would have ever guessed it.”

GOP gubernatorial candidate Huntsville Mayor Tommy Battle said, “Reverend Billy Graham has returned to our Father’s heavenly home. Through his inspiring sermons, he reminded us of God’s eternal love, no matter where life takes us. He will truly be missed.”

“I remember my family gathering around our TV with rabbit ears to watch Billy Graham crusades,” lieutenant governor candidate and Public Service Commission President Twinkle Cavanaugh said. “My Nanny, who didn’t even have indoor plumbing until I was 3, always made it a priority to send in an offering. We need a Billy Graham revival in our country again!  Today, I am praying for his family and thinking of all the lives that he touched, changing their eternal destination. Billy Graham is truly Home now!”

Vice President Mike Pence wrote, “Billy Graham’s ministry for the gospel of Jesus Christ and his matchless voice changed the lives of millions. We mourn his passing but I know with absolute certainty that today he heard those words, ‘well done good and faithful servant.’ Thank you Billy Graham. God bless you.”

“The GREAT Billy Graham is dead. There was nobody like him! He will be missed by Christians and all religions. A very special man,” President Donald Trump said.

Next Wednesday Graham’s body will be brought to the U.S. Capitol, where he will lie in honor in the Rotunda until Thursday. Members of the public and Capitol Hill community are invited to pay their respects to the late reverend while he lies in rest.

“It is with great sadness that Elaine and I note the passing of the Rev. Billy Graham, a man whose God-given gifts and love for souls endeared him to millions and earned for him the title ‘America’s Pastor,’” McConnell said.

“As soaring a figure as he was, Rev. Graham connected with people on an elemental level,” Ryan said. “His reach was rooted in decency, humility, and love. He set a tone of ecumenical inclusion, advocated civil rights, and refused to accept the segregation of those attending his crusades. Rev. Graham’s service is a testament that, with faith in God, one person can do so much good for the world.”

Rogers said House Democrats’ budget cuts $16 billion from Biden’s budget but does not detail where that cut would come from.