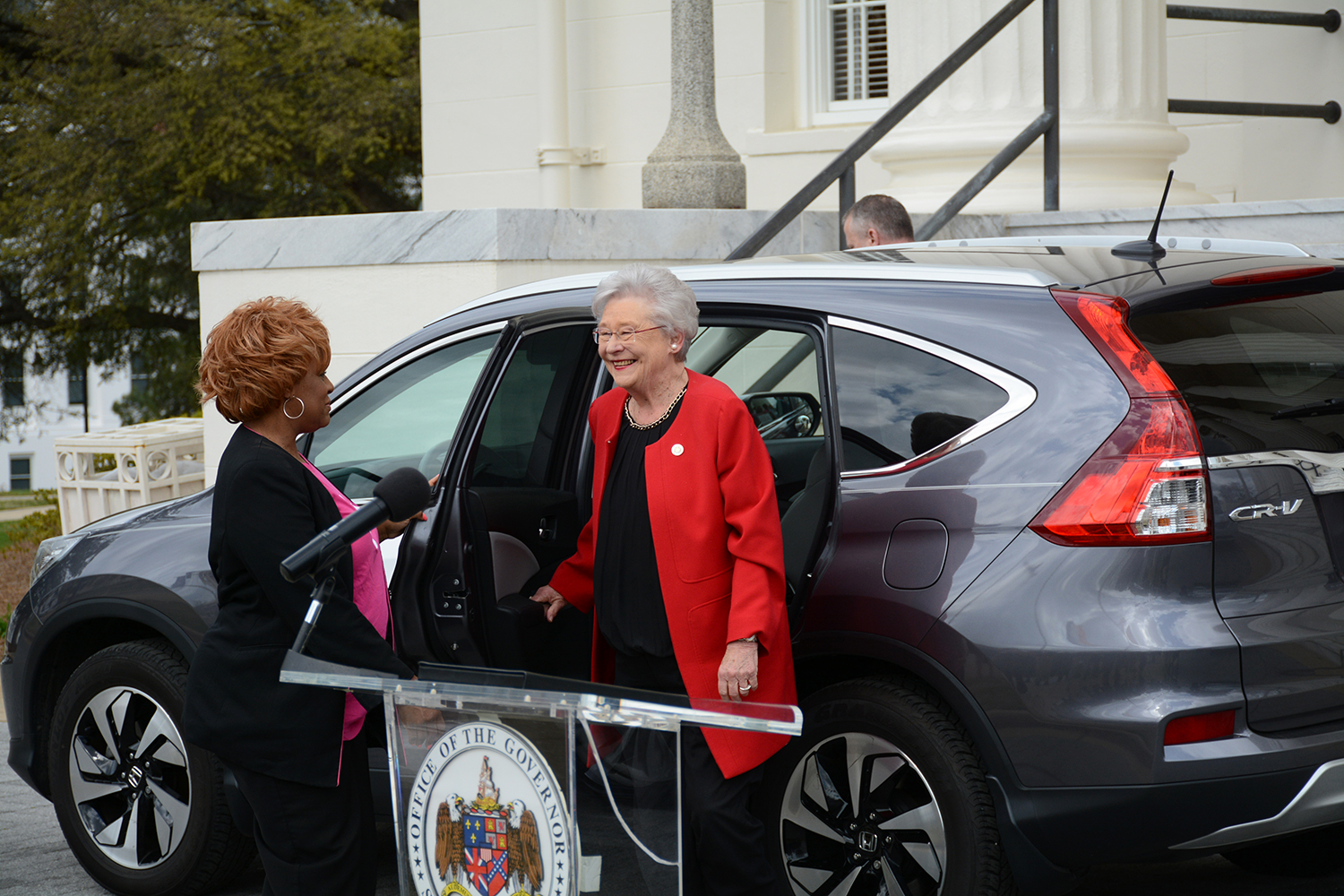 The governor was joined by state Rep. David Faulkner, R-Mountain Brook, and state Sen. Bobby Singleton, D-Greensboro, who sponsored the legislation in the Alabama House and Senate.

They were also joined by Ride for Alabama coalition members and local ride-hail drivers at a bill signing ceremony in front of the State Capitol. The comprehensive ride-hailing legislation will allow companies like Lyft and Uber to operate statewide. The law officially takes effect July 1, 2018.  Prior to this each town set their own regulations and many did not allow ride-hailing services to pick up or drop off customers within their territories.

The companies had to negotiate licensing agreements with each individual town and often approval was hard, or even impossible to get from the often quarrelsome town councils.

“Today, we are paving the way for ridesharing throughout all of Alabama, regardless of location or proximity to major metropolitan areas,”  Ivey said. “I am proud to have supported this bill throughout the legislative process and commend the hard work of Representative Faulkner and Senator Singleton for sponsoring the bill and Ride for Alabama coalition members for their strong support throughout the legislative process.”

“When I first spoke at the Ride For Alabama coalition launch in January, I stated that one of my primary responsibilities in the Alabama House is to ensure that all Alabama residents have access to safe, reliable and efficient methods of transportation,” Faulkner said. “The legislation that I and Senator Singleton carried, and that Governor Ivey signed today, does just that.”

By enacting statewide legislation, suburban and rural communities will now have access to the many benefits the ride-hailing industry provides, including enhanced driver earning opportunities.

“Rural parts of our state will now have access to these innovative transportation methods, and more Alabama residents will have the opportunity to earn additional income,” Singleton said. “With Governor Ivey giving her signature to this legislation, Alabama’s economy will move forward, public safety will increase and Alabama residents will experience greater quality of life.”

“We want to thank the Governor for her support of this law. Lyft is providing tens of thousands of Alabamians earning opportunities and transportation options that did not exist a few short years ago,” Scott Coriell, communications manager for Lyft, said. “We’re excited to expand those benefits to more individuals and families around the state in the coming months.”

“With this statewide framework for ridesharing, more Alabamians will benefit from access to safe rides and flexible work opportunities through Uber – and current customers will benefit from an even more reliable experience,” Uber General Manager, Kasra Moshkani, said.  “We thank Governor Ivey, Representative Faulkner, and Senator Singleton for their leadership and look forward to expanding throughout Alabama.”

The group has been fighting for this for last three years in the legislature.

Ivey, Singleton, and Faulkner were driven to the bill signing in front of the state Capitol by Uber and Lyft drivers.