When well-intentioned organizations host speakers whose goal is to tar a particular individual or business, it dirties the good works mission of the group and cast doubts over the program’s real purpose. So it was when Leadership Birmingham invited Dr. Neal Berte.

e, retired head of Birmingham Southern College to speak about payday lending at a recent gathering of the 2018 class of Birmingham-based leadership program.

According to two individuals who attended the gathering of Birmingham’s rising stars it wasn’t about small lending but a virulent attack on an individual who happens to run a very successful alternative consumer lending company.

Instead of the pros and cons of payday lending the presentation centered on the life of Ted Saunders, who serves as Chairman & CEO of Community Choice Financial Inc., a company which among its many businesses offers payday lending.

Why would Dr. Berte once a member of the board of directors for a banking institution—whose catastrophic failure caused millions in wealth to vanish— think it was right to cast aspersions on Saunders’ character and prosperity?

“It was wholly inappropriate,” said a witness to the attacks on Saunders. “Dr. Berte embarrassed himself.”

Both attendees who spoke to the Alabama Political Reporter on background described the presentation as nothing more than character assassination.

As one attendee said, “I felt like I was watching a primer on character assassination.” Another individual said “I felt the presentation was over the top and I was seriously concerned that Leadership Birmingham was pushing an agenda rather than offering an educational program.”

In response to APR‘s request for information about the event Ann Florie, Executive Director of Leadership Birmingham, said all events and there content is protected by a confidentiality agreement.

As a successful businessman, Saunders has helped other Birmingham-centric entrepreneurs to also achieve enormous success.

As an early investor in Shipt a leading online same-day delivery platform, Saunders’ belief in the Birmingham company was essential to its much-lauded success. Target Corp. (NYSE: TGT) purchased Shipt in December 2017 for $500 million in cash. According to those present at the leadership presentation, Berte and Farley failed to mention Saunders contributions to making the Magic City a center for business opportunities.

As if it were a holy mission to protect working Alabamians from short term high-risk  lenders many have gone from a push for reasonable regulation to outright wars on those who offer short-term loans to people who have nowhere else to turn for ready cash in cases of an emergency or unforeseen financial needs.

In recent years some of these groups have stooped to misleading legislators about the intentions of a bill they are promoting. On several occasions, certain organizations have cherrypicked news article to claim Republican support for bills falsely.

Surprisingly, it has been Republican lawmakers like Decatur State Senator Arthur Orr who have championed these liberal groups agenda. Even with liberal leanings, Orr has remained the chair of the state’s education budget a position that offers him enormous power despite the amazement of many conservatives in the Senate.

While those who hope to stamp out payday lending have in the past used questionable methods until now, they resisted character assassination.

In an odd piece of news found when researching old archives for this report APR found where Dr. Berte was a part of an elite group that courted Saudi princes to invest in Birmingham in 1978.

According to the book “The American House of Saud, The Secret Petrodollar Connection,” Berte was part of a group of 25 Birmingham heavy hitters who were “going to be the best damn friends the Saudis ever had,” back in late 1970’s and 80’s. The story gets a lot more interesting as it dives into how Saudi princes and an ex-CIA operative turn Birmingham business and educations leaders into rogue agents for their oil-kingdom.

Perhaps the next time Dr. Berte is asked to speak, he will share the facts of his involvement with The American House of Saud instead of meddling in a business owners life.

The two bills would give retired teachers and state employees a bonus of $2 per month for each year they were employed. 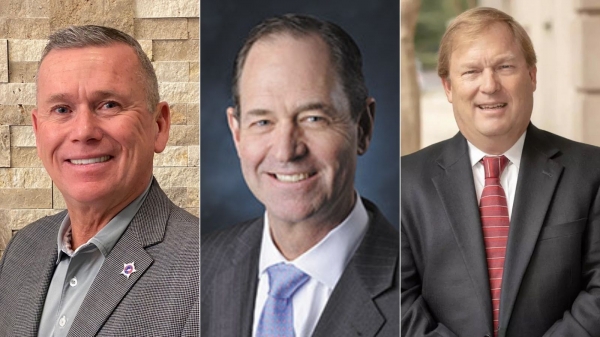 Ted Hosp, David Dennis and Michael Smith were selected to join the Children First board of directors.