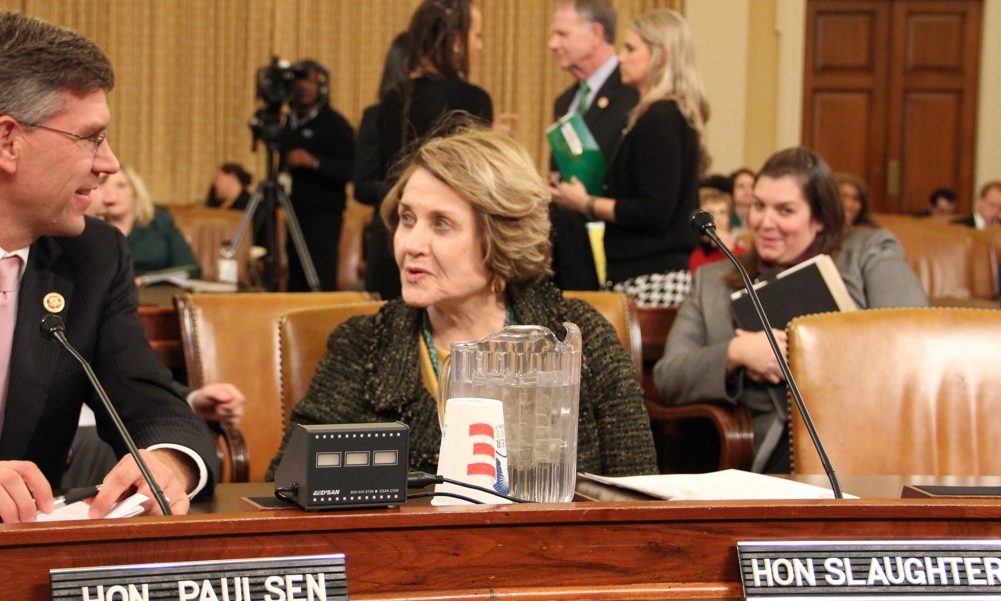 U.S. Rep. Bradley Byrne, R-Montrose, on Friday issued a statement regarding the passing of Congresswoman Louise Slaughter, D-N.Y., the Ranking Member of the House Rules Committee.

“It was an honor to serve alongside Louise Slaughter on the Rules Committee,” Byrne said. “Despite being on different sides of the aisle, Louise was always kind, encouraging, and friendly to me. As the first female chairwoman and ranking member of our committee, she will be remembered for her effectiveness and passion for her constituents and the many causes she believed in. Rebecca and I join so many others in praying for Louise’s family, friends, staff, and constituents during this difficult time.”

Slaughter, 88, had been hospitalized for several days after falling at her Washington residence. She represented Rochester and the surrounding area since 1987 and served as the top Democrat on the House Rules Committee.

She is a former chairman of that panel, and the first woman to hold that post. Slaughter is the longest-serving member of New York’s House delegation and was the oldest sitting member of Congress. She had planned to run for re-election in November.

Her chief of staff, Liam Fitzsimmons, announced that she had passed away early Friday morning surrounded by family at George Washington University Hospital.

“Congresswoman Louise Slaughter was a giant,” Schumer said. “She had deep convictions — on both issues important to the people of Rochester, and for the integrity and honesty of the political system. Throughout her entire career, Louise worked with people from so many different philosophies and backgrounds, because she was such a genuine human spirit. The ferocity of her advocacy was matched only by the depth of her compassion and humanity. Her passing will leave a gaping hole in our hearts and our nation. My sincere condolences go out to her daughters and grandchildren and to the legions of people who loved and admired her.”

“This is just jarring,” Speaker of the House Paul Ryan, R-Wisconsin said, “My first thoughts go out to Louise’s family, friends, and her staff. Louise was a giant in the people’s House, the first woman ever to chair the Rules Committee. That said, Louise did not need a gavel to make a dent in history. She was unrelenting in fighting for her ideas and the people back home in Western New York. But really, the thing that I keep coming back to is how she was tough, but unfailingly gracious. She was simply great. In memory of Louise, I have ordered that the flags above the Capitol be lowered to half-staff. The coming days of mourning will bring many tributes to this wonderful public servant. For now, let us pray that God brings comfort to those closest to Louise.”

Byrne represents Alabama’s 1st Congressional District and is a member of the House Rules Committee.