The Senate Fiscal Responsibility and Economic Development Committee gave a favorable report to a much-amended version of House Bill 317 after a lengthy discussion.

House Bill 317 is sponsored by state Rep. Ken Johnson, R-Moulton, and is being carried by Senate Pro Tem Del Marsh, R-Anniston, in the Senate.

Williams said that Wednesday’s meeting was supposed to have been a public hearing on the bill but since no one had signed up to speak for or against the bill there would be no hearing.

“This bill is of utmost importance and I ask that you will bring it out of committee today,” Marsh said.

Sen. Trip Pittman, R-Montrose, announced, “I have an amendment about transparency.”

Williams said, “I also have an amendment.”

Senator Rodger Smitherman, D-Birmingham, said that he also had some issues with how this bill is written and had some questions about the part time economic developers in the bill.

Other attorneys have different interpretation.

“A small city may hire an attorney to do economic development part time. He may still do some divorces and other cases but it the Ethics Commission pre-qualifies him [as an economic developer],” Johnson said.

Smitherman said that he agreed with the mindset that a small city might hire an attorney to do economic development. “Why would that be lobbying? Why does that person have to jump through some more hoops? This bill ought to allow this.”

Johnson said that the original version of this bill did not make an exception for the part time economic developer. The Attorney General’s Office was concerned about the possibility of possible abuse so we want to clarify through pre-certification.

Smitherman said, “To me this has got to be consistent for the big cities and the little cities. I don’t see anything right about making them jump through all of those hoops. Why should they go through those an extra certification?”

Johnson that this bill has been an ongoing process.

Williams said, “I share quite a few of the same concerns on the bill; though I have warmed up to it.”

Williams said that one of the things that concerned him is that since we are looking at a comprehensive ethics reform bill next year why are we changing this year.

Williams said that his amendment will sunset the ethics portion of the bill on page 5 so that it will sunset those provisions in the next quadrinnium. The legislature will have to pass comprehensive ethics reform or this will sunset if they don’t act.

State Sen. Clyde Chambliss, R-Prattville, questioned why they were sunsetting just two paragraphs on page five of the bill – the definitions of lobbyist and economic developer.

Alabama Law Institute Director Othni Lathram said that was the cleanest way to sunset the bill.

Senator Jim McClendon, R-Springville, asked, “The economic development person for a small town is usually the mayor is he covered by this?”

Johnson said, “No he is dong it in the scope of his office when someone is doing it for pay then he becomes an economic development professional.”

Lathram said that elected officials are allowed to ask for incentives as part of their office. A city councilman or a legislator is a parti-time office holder and has another job that he does. That other job can’t be economic developer.

“The bill says that you can’t wear both of these two hats,” Lathram said. “There is not restriction in your ability to work on behald of your districts.”

“The bill clearly protects the people who are full time (economic developers),” Lathram said. “Seeking these incentives is not lobbying it is economic development.”

The original bill was based on conduct but law enforcement did not like that. Full time employees of a local chamber of commerce would be covered as economic developers.

McClendon said, “The full time part is easy to get; but the less than full time part of the bill is one of the most confusing things I have ever read.”

Smitherman said, “To me that is not necessary to take care of the concern because it is already laid out there. My concern is that that part time person should be treated the same as that full time person.”

Smitherman responded, “Let me stop you right there that is because they don’t bring all of us to the table. This is my first time to get a good look at this.”

Lathram said, “Senator based on your comments you would have liked the first version of the bill. The prosecutors fear is that when they are after bad actors people are charged with lobbying they will say I was not a lobbyist I am an economic developer.”

Pittman said that his amendment addresses an issue of transparency. This provides that the incentives that are taken advantage of by a company be reported. When the company claims these credits they will report it to the commerce department so we will have a record of what they actually cost.

Williams said, “As I read it these incentives would be after they were offered.”

Pittman’s amendment was adopted on an 11-0-1 vote.

Johnson said that he was willing to work with Smitherman, but that Senate sponsor (Marsh) would also be involved, 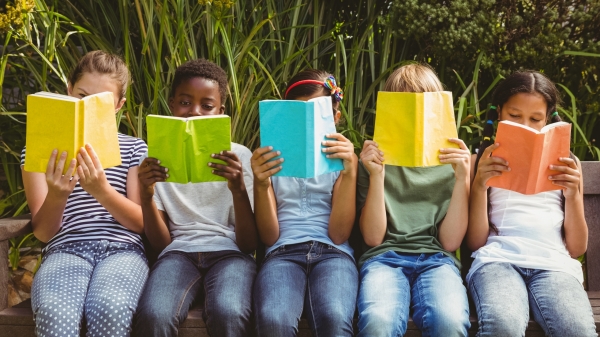 The legislation would allow a voluntary medication assistant to administer seizure medication to a child if a nurse isn't available.

Both bills were priorities of the Alabama Innovation Commission.