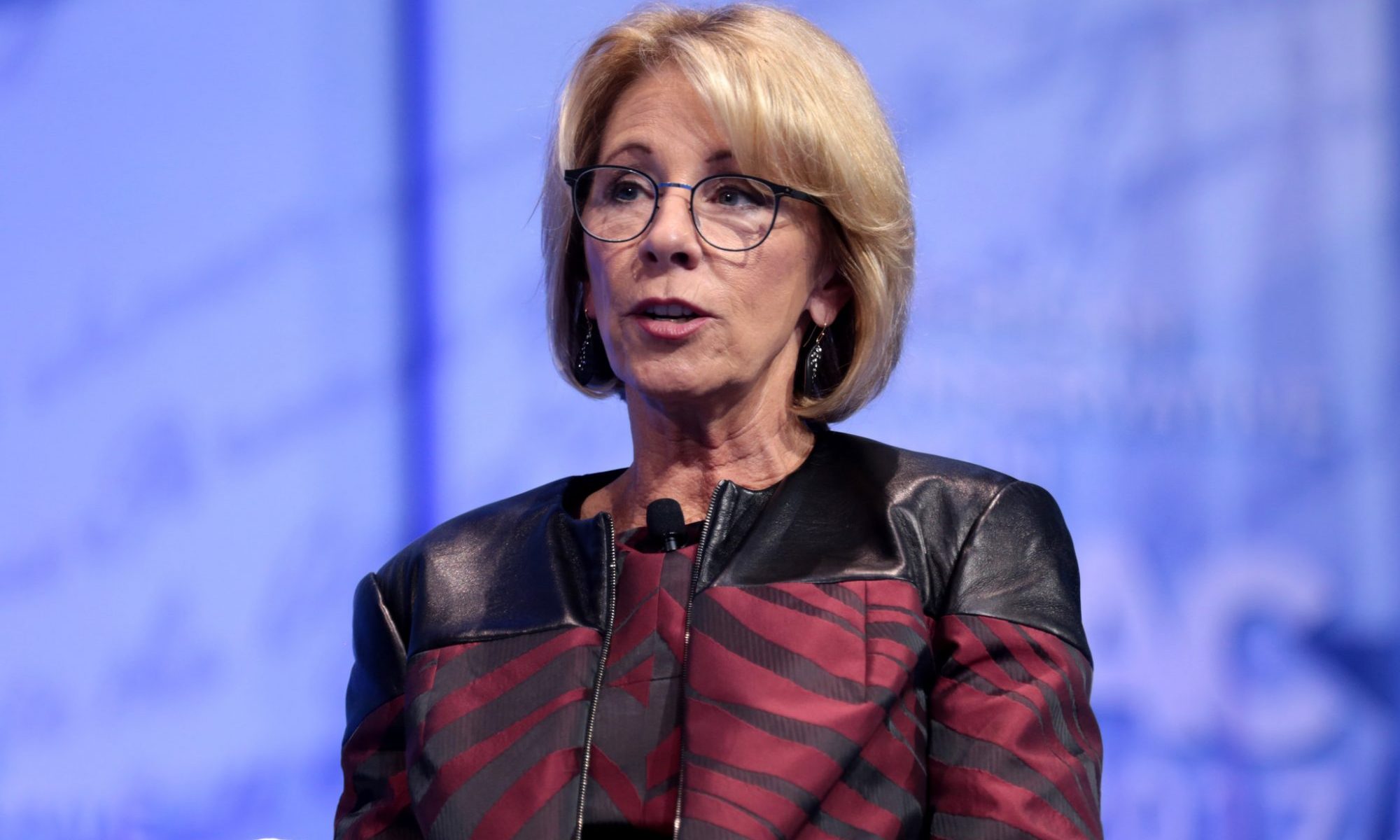 “Secretary of Education Betsy DeVos recently testified before the Labor, Health and Human Services, Education Appropriations Subcommittee, on which I am proud to serve,” Roby wrote. “During the hearing, I had the opportunity to ask Secretary DeVos whether, under her leadership, the Department of Education acknowledges that the Every Student Succeeds Act (ESSA) expressly forbids the coercion of states to adopt certain federal education standards, including Common Core. Secretary DeVos assured me that she does acknowledge this and that the Department will continue to follow the letter and spirit of the law. I have championed these anti-coercion measures for several years, and I’m glad to now have a partner leading the Department of Education who will work with us to ensure that Washington won’t force policy agendas into Alabama classrooms.”

“I appreciate Secretary DeVos for taking the time to review the Department’s priorities with our subcommittee, and I was particularly pleased to hear her response to my question,” Roby wrote. “You know as well as I do that when the federal government manipulates education policy and standards, it ties the hands of school administrators, teachers, and parents in a way that is detrimental to the education of our children. We saw this firsthand in our country when No Child Left Behind (NCLB) was the law of the land and federal officials had too much control over our classrooms.”

“During the subcommittee hearing, I was also glad to have the opportunity to talk with Secretary DeVos about the importance of Career Technical Education (CTE) programs and ways we can continue to strengthen and improve them,” Roby added. “In Alabama, we are fortunate to have a strong network of these programs. As of last year, Alabama’s Community College System had more than 79,000 students enrolled in CTE programs, and 70 Alabama high schools offer CTE courses with nearly 184,960 students enrolled. As our state’s economy continues to grow and add jobs, it is imperative that our students have access to programs that will prepare them to be competitive in our workforce.”

In the recent Appropriations bill for the Department of Education Department was funded at $70.9 billion, which is $2.6 billion above the fiscal year 2017 enacted level.

The bill includes $1.1 billion for Student Support and Academic Achievement State Grants $700 million above the fiscal year 2017 level, for grants that provide flexible funds to states and school districts, including to expand school-based mental health services and supports; for bullying prevention; and for professional development for personnel in crisis management and school-based violence prevention strategies. The bill also includes an additional $186 million, an increase of nearly $35 million for other Safe Schools programs.

The maximum Pell Grant award is increased to $6,095, funded by a combination of discretionary and mandatory funds. The bill provides more than $1.4 billion for Impact Aid, an increase of $86 million above the current enacted level. The bill increases funding for charter schools (Alabama misses out on that money because the state education bureaucracy has been slow to implement charters and school choice).

The bill also increased funding for TRIO and GEAR UP programs, which help first-generation college students prepare for, enter, and complete college, by $60 million and $10 million, respectively, bringing TRIO programs to a total of $1.01 billion and GEAR UP to a total of $350 million.

Alabama adopted the Common Core aligned College and Career Ready Standards and education performance has actually dropped by most measures. One board member blamed Alabama educated teachers for failing to implement the new teaching methods. Some conservatives blame the standards themselves.

Roby represents Alabama’s 2nd Congressional District. She was first elected in 2010 and is seeking a fifth term in the U.S. Congress.