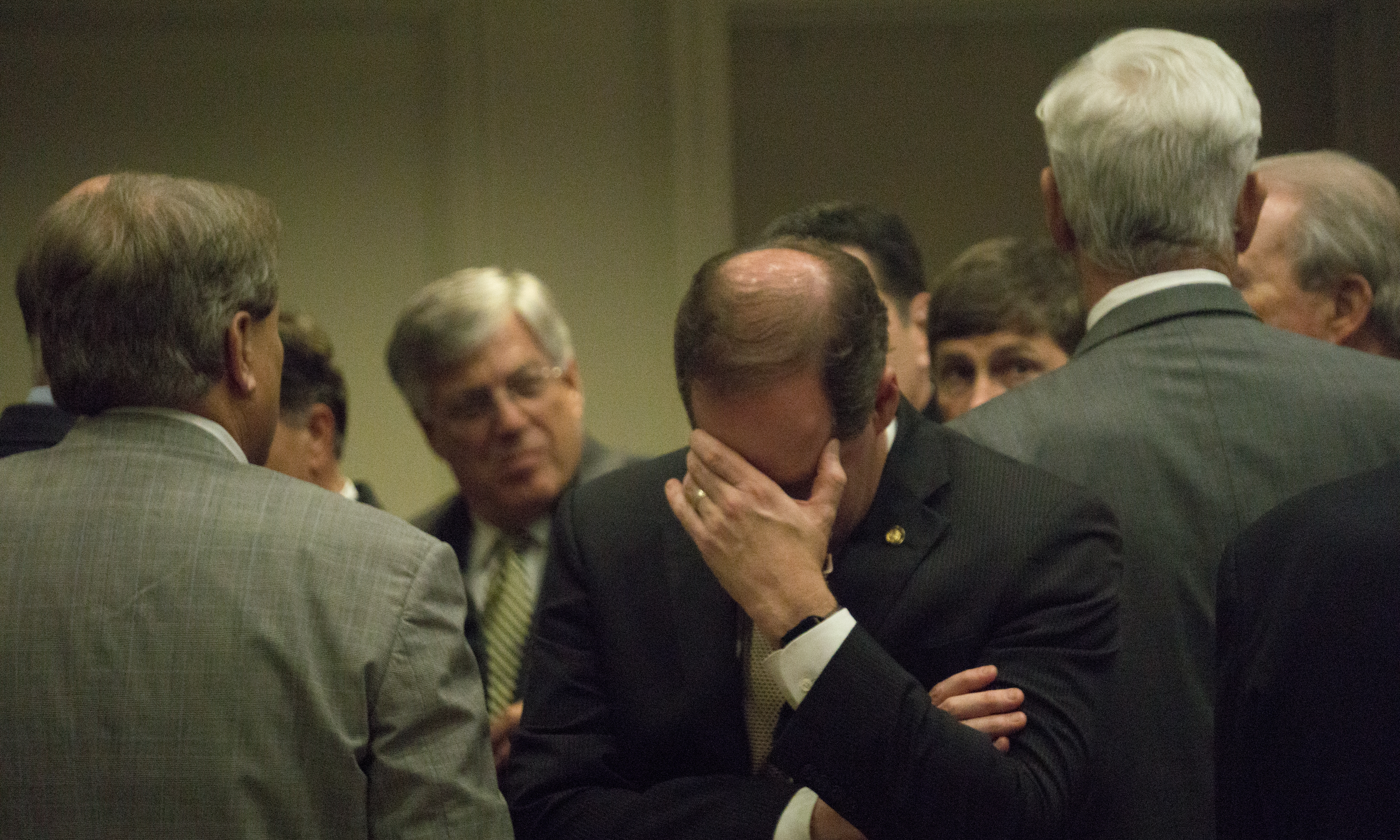 The Alabama Senate did not pass the Education Trust Fund and adjourn for the year on Wednesday after tensions between the House and Senate reached a boiling point.

After surviving filibusters and delay tactics over the economic developer bill and the deer baiting bill, the Senate began to take up House bills that needed to pass to stay alive for the session. Senators around the chamber revolted against the idea and many disparaged the House as an inefficient body, which has left many Senate bills to die in their chamber.

The House’s pace was slow on Wednesday with only a few bills actually passing the body. Senators around the body openly expressed frustration with the House.

Tensions came to a head when state Sen. Paul Bussman, R-Cullman, accused the House of trying to kill his bill dealing with DUIs. He said the body wanted more of Alabama’s citizens killed by drunk drivers.

After Bussman’s statements, Speaker of House Mac McCutcheon made his way upstairs and confronted the senator after the Senate had adjourned for the fourth time that day. According to some sources, McCutcheon told Bussman to not talk ill of his chamber.

State Sen. Arthur Orr, R-Decatur, openly expressed frustration with what he called the “Fifth Floor,” which is the physical location of the House.

Orr and state Sen. Bobby Singleton, D-Greensborro, both announced they would filibuster the House bills if leadership in the Senate would not scrap a special calendar packed with House bills.

The body adjourned for an hour and a half to see if the House would move faster. In that time, the House only passed one bill after a lengthy debate.

After the recess, senators around the chamber had enough of the lower chamber. Many thought the body would come back, pass the Education budget and adjourn for the year, but one senator had different plans.

Bussman, in a bid to hold the chamber hostage, signaled he would filibuster if the House did not pass his DUI bill. Bussman’s filibuster would have effectively killed the chances of the Senate going home for the year.

The Senate finally relented and adjourned for the day, and set a meeting time for this morning at 9:00 a.m. Senate President Del Marsh, R-Anniston, said he hoped that senators would come back refreshed in the morning to work through the bills.

The legislative package, which has already been approved by the state Senate, is the result of work by the Alabama Military Stability Commission.