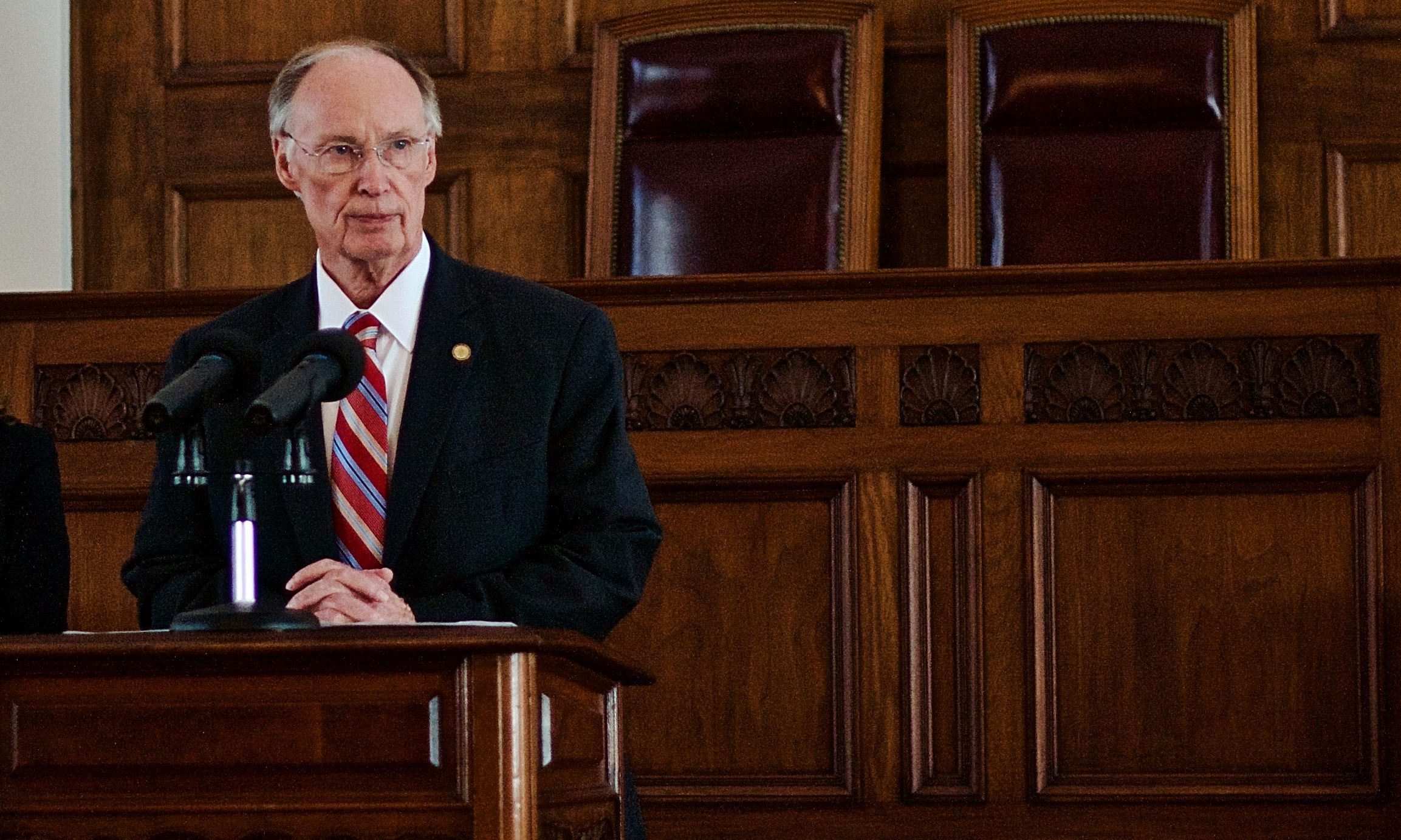 Former Alabama Gov. Robert Bentley might have been freed from further prosecution by a special grand jury that closed his case Wednesday, but on the same day, the Alabama Supreme Court refused to intervene in a lawsuit filed against him by former ALEA Secretary Spencer Collier.

The Supreme Court on Wednesday unanimously denied a writ of mandamus requested by Bentley’s attorneys, who have argued that Bentley is immune from civil suits because the allegations took place while he was governor.

Constitutional officers are awarded a degree of immunity under the Alabama Constitution, but a Montgomery County Circuit Judge earlier this year ruled that most of the lawsuit against Bentley, Rebekah Mason, Mason’s RCM Communications, former ALEA Secretary Stan Stabler and ALEA General Counsel Michael Robinson could move forward despite those claims.

Collier’s attorneys argued that Bentley can be sued for his actions that were outside the scope of the governor’s authority, which wouldn’t be protected by sovereign immunity. The circuit judge agreed on the other counts.

“With respect to Collier’s tort claims against Governor Robert Bentley, the Supreme Court has made clear that a constitutional officer can be held individually liable in tort for conduct outside ‘the course and scope of the officer’s employment,’” Griffin wrote in his ruling.

Judge rules most of Spencer Collier lawsuit can move forward

Bentley’s attorneys have been deposing Collier over a four-day period, and Mendelsohn could soon bring Bentley in to take his deposition about his actions as governor.

On Wednesday, the special grand jury empaneled in Montgomery to investigate Bentley and others closed the investigation nearly a year after Bentley resigned without returning any indictments, but in an unusual move, the panel — which typically either returns an indictment or quietly returns a no-bill — called for strengthening the state’s ethics laws.

The members of the grand jury and special prosecutor Ellen Brooks said Wednesday that holes in the ethics laws prevented them from returning an indictment against Bentley for his actions during and following a sex scandal involving Mason.

“We found a number of serious concerns about current state law that hinder successful prosecution,” the grand jury report states.

“To go to this trouble of talking about the serious concerns they have that hinder prosecution, that, to me, is serious,” Mendelsohn said.

The grand jury had apparently considered potential charges related to the use of state resources and the alleged use of Bentley’s public office for personal benefit. The grand jury asked state lawmakers to consider amending the state’s ethics laws to prohibit the governor from ordering reports on criminal investigations from ALEA for illegitimate reasons.

That’s almost exactly what Collier has accused Bentley of doing to him — not to mention a House special counsel report that stated nearly the same.

“They did a so-called criminal investigation just to hurt Spencer,” Mendelsohn said. “And what they grand jury is saying is that they’re really concerned about it but apparently the law allows that, but it doesn’t in the civil lawsuit.”

Mendelsohn has said witnesses would testify under oath that they were encouraged to trump up allegations against Collier in an internal ALEA audit allegedly commissioned by Bentley — an internal report that was later released to the media and included in a document dump to the House impeachment committee.

For those actions, Collier is suing Bentley for violation of privacy, defamation and conspiracy.

A separate claim of wrongful termination, related to Collier’s March 2016 firing, was dismissed last year after Collier accused Bentley of firing him as retaliation for cooperating with the Attorney General’s investigation into then-House Speaker Mike Hubbard.

Collier said that dispute, which involved Collier disobeying Bentley’s orders telling him not to file an affidavit in the case, sparked the fallout between the two men. Before Bentley’s affair made headlines — largely thanks to Collier’s public accusations — Collier and Bentley had a close relationship. At some points, Collier said he viewed Bentley as a father figure.

But after the firing and the surfacing of the affair, things went south.

Collier said Bentley and others conspired to accuse him of having his own affair, a history of sexual harassment and an illegitimate child. He also said investigators dug through Collier’s prescription drug history looking for evidence of an addiction. All of those allegations contained within that internal ALEA audit were unfounded, Mendelsohn said.

“The truth is finally coming out,” Mendelsohn said. “This was hard on Spencer. He was accused of all kinds of misconduct, but now we’re finding out that none of that was true.”

Some of the witnesses who were cited in the ALEA report have said their testimony was misquoted, taken out of context or fabricated all together and have agreed to testify to that in the civil suit, Mendelsohn said.

“The ALEA report was totally inaccurate and misleading,” Mendelsohn said.

After Collier was fired in March, the internal audit was commissioned as Bentley publicly accused Collier of mishandling state resources. Later that year, a grand jury refused to indict Collier and said there was “no credible basis for the initiation of a criminal inquiry in the first place.”

Collier’s team has said Robinson, Stabler and Mason — who was said to have wielded an inappropriate level of influence in the governor’s office, according to the House special counsel’s investigation — were involved in the development and writing of that internal ALEA report.

Mendelsohn said this civil case is important to prevent future instances of misconduct.

“We all know there are other corrupt people, and this sends the message that if you do it, that person can sue you and you aren’t going to be able to hide behind some cloak,” Mendelsohn said. “I think that’s very important.”