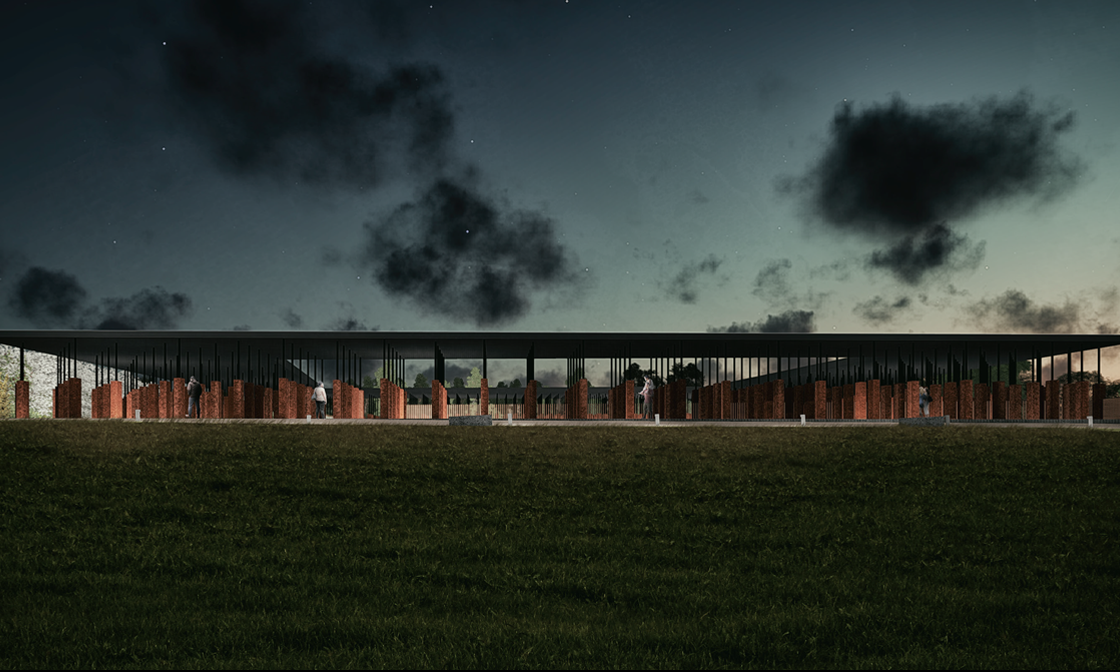 The U.S.’s first memorial dedicated to those terrorized by lynchings, the legacy of enslaved black people and African-Americans who faced the terror of the Jim Crow era is set to open in Montgomery next week.

The National Memorial for Peace and Justice, which will also be dedicated to people of color who face contemporary police brutality and other racism in the justice system, will open to the public on April 26 near downtown Montgomery, in a city that was once the historic capital of the Confederacy.

The memorial’s organizers say the project will reflect on the history of American slavery and racism in a city that played the central role not only in the Confederacy but also in the Jim Crow Era and Civil Rights Movement.

The Montgomery-based Equal Justice Initiative, a non-profit dedicated to fighting racial injustice, mass incarceration of black people and the death penalty, began work on the project in 2010 as staff investigated thousands of racial terror lynchings in the South. The National Memorial for Peace and Justice will be the first museum in the U.S. dedicated to the people terrorized by racial lynchings. (via Equal Justice Initiative)

Many of those lynchings were never documented, the group said, and the organization not only tracked the lynchings themselves but also the terror that ensued. In total, more than six million black people fled the South to the escape the racial terror lynchings.

The new memorial, which will open on Mildred Street between Holcombe Street and Caroline Street, sits on a six-acre site where the memorial will use sculptures, art and design to bring racial terror into context and remember the thousands of victims in the United States.

“Our nation’s history of racial injustice casts a shadow across the American landscape,” EJI founder Bryan Stevenson said in an interview with Business Insider. “This shadow cannot be lifted until we shine the light of truth on the destructive violence that shaped our nation, traumatized people of color, and compromised our commitment to the rule of law and to equal justice.”

Eight hundred corten steel monuments will represent the 800 counties where a racial terror lynching happened, and the names of those who were known to be lynched will be engraved on the columns.

At least 4,400 people were killed by lynchings led by white mobs, peaking between 1880 and 1940, predominantly in the American South.

A 2015 report from EJI, entitled “Lynching in America: Confronting the Legacy of Racial Terror,” the group documented 4,084 lynchings in 12 Southern states between 1877 and 1950, though 300 more racial terror lynchings occurred in other states during the same time period.

“A history of racial injustice must be acknowledged, and mass atrocities and abuse must be recognized and remembered, before a society can recover from mass violence,” the group wrote. “Public commemoration plays a significant role in prompting community-wide reconciliation.” A six-acre park will surround the memorial. The park will be home to 800 more identical columns, which can be claimed and installed in the counties they represent. EJI says the identical columns will serve as a report on which counties confront the truth of the history lynching as they are voluntarily claimed.

The opening of the memorial has already garnered national attention and a visit from Oprah and other prominent national figures. EJI expects thousands to attend visit Montgomery to celebrate the opening of the new museum.

From April 26–29, EJI will host hold education panels and presentations from national figures, performances, concerts from acclaimed artists and a large opening ceremony.

Civil Rights icon Rep. John Lewis, a Democrat from Georgia, is expected to attend the opening ceremony on Thursday. Dave Matthews, Usher, Common and Brittany Howard from Alabama Shakes are scheduled to perform at a Concert for Peace and Justice on Friday night at the Riverwalk Amphitheater.