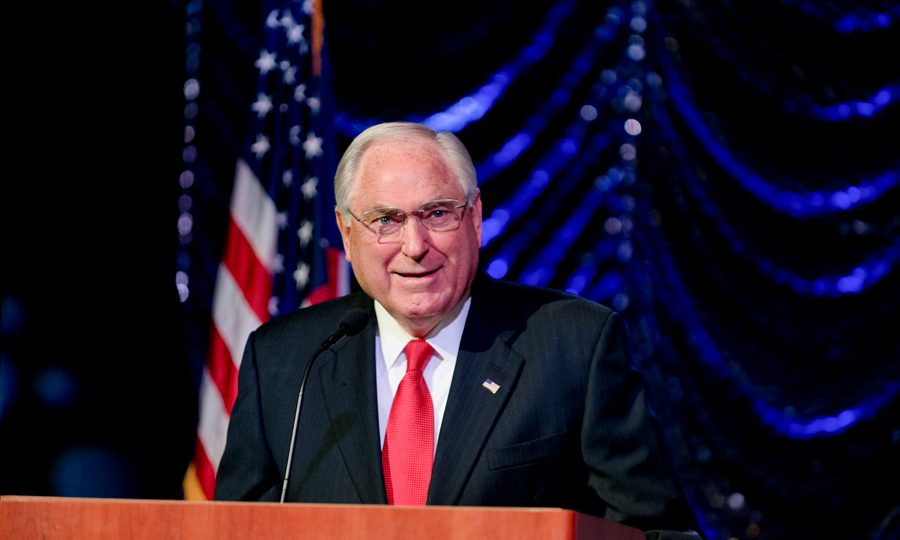 Shortly after the Alabama Political Reporter made it known that the Business Council of Alabama’s Executive Board had voted on April 10 to terminate Billy Canary from his position as CEO, nearly a dozen Republican lawmakers were burning-up their mobile phones, trying to find out who Perry Hand is and who could convince him to push Canary out immediately. Hand wants to keep Canary in place until the fall

Hand’s motivation to protect Canary is not easily definable unless it’s weighed together with former Gov. Bob Riley’s plan to consolidate power after leaving office in 2010.

Perry A. Hand is the current BCA board chair and chairman of Volkert Inc., an engineering company, which primarily earns its money from government contracts. Volkert Inc. is a significant player in developing disgraced former Gov. Robert Bentley’s lovenest, aka Gulf State Park.

Hand cut his teeth in politics first as a state senator under Gov. George Wallace but came to prominence as an appointee and confidant of accidental Republican Gov. Guy Hunt.

It was Hunt who appointed Hand to secretary of state in 1989, only to see him pummeled in the next general election when former Wallace aide Billy Joe Camp bested him by over 115,000 votes. Hand was also appointed the head of the department of transportation as another temporary position.

An Auburn engineering graduate, Hand found success at Volkert where he flourished, rising from the company’s marketing man to chairman and CEO of the Mobile-based firm.

The plan was elegantly simple: Riley’s handpicked successor Bradley Byrne as governor, Hubbard as speaker, Del Marsh as Senate president pro-tem and Luther Strange as attorney general. They would oust Dr. David Bronner at RSA, replacing him with one of their own, and the coup would be complete.

Now, it appears in the twilight of his career, Hand is the man who stands between Canary and some of the state’s most potent business interests who want to see him removed from BCA.

Canary’s deep connection to the Riley machine has been the secret of his success, and like his friend, former speaker of the House and convicted felon Mike Hubbard, that same connection is likely to be his downfall.

Before leaving office in 2010, Riley, along with Hubbard and Canary, devised a plan to carve up state government in such a way as to have the Riley machine controlling the levers of power for a generation and beyond.

The plan was elegantly simple: Riley’s handpicked successor Bradley Byrne as governor, Hubbard as speaker, Del Marsh as Senate president pro-tem and Luther Strange as attorney general. They would oust Dr. David Bronner at RSA, replacing him with one of their own, and the coup would be complete.

But that scheme unraveled first with Bentley’s election over Byrne, Strange’s hiring of prosecutor Matt Hart and the trial and conviction of Hubbard, which exposed the whole enterprise.

Canary, in effect, is the last man standing, and Riley and his gang are hard pressed to stand by while one of their last cohorts goes down in disgrace.

Marsh, for his part, washed his hands of the affair soon after Hubbard was under investigation and there was no longer a need to get rid of Bronner, because Riley loyalist, Canary’s wife Leura Canary, was installed at RSA to keep Bronner in check.

So, it is that Hand, with a few devious or unwitting members of the BCA board, are left to protect what’s left of Riley’s once-thriving empire.

There is little doubt that Canary’s days are numbered, but to think that Riley’s machine will walk away without a fight is naive.

However, greater forces are pushing for Canary’s exit, and if they stay strong, the black hand behind Perry Hand will fail.