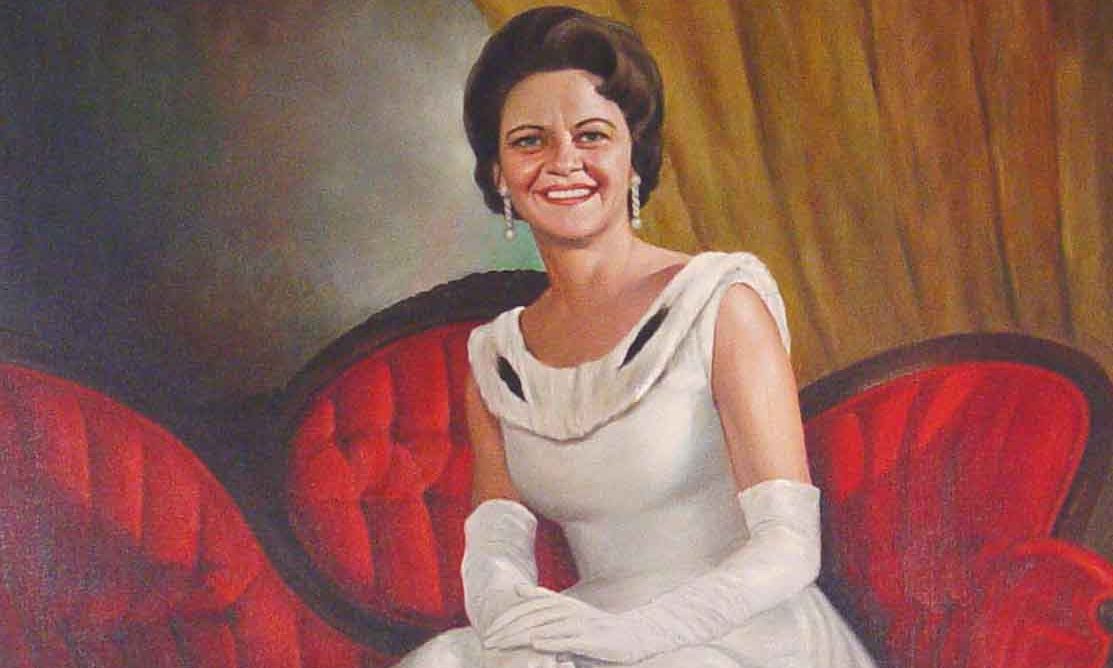 Monday is the 50th anniversary of the death in office of Governor Lurleen Wallace (D).

Alabama is almost 200 years old as a state. In that time, Lurleen Wallace is the only woman to be elected governor by the people of Alabama.  Present Governor Kay Ivey (R) is the second female governor, but was elected Lt. Governor and became governor when Gov. Robert Bentley resigned.

A commemoration is scheduled for Monday at 1:15 p.m. in the first-floor rotunda of the state capitol where a marble statue of Lurleen Wallace stands.

The 30-minute ceremony is coordinated by the State Auditor’s office but at no expense to taxpayers. Members of the Wallace family will be there.

Lurleen Wallace was Alabama’s first female governor. She was elected in 1966, defeating a large field in the Democratic primary without a runoff. She served from January 1967 until her death from cancer on May 7, 1968.

Mrs. Wallace is remembered for taking a strong stand for improved treatment for mental health patients. Wallace toured the state’s Partlow Mental Hospital in Tuscaloosa and was appalled at the conditions she saw there. Wallace was the first wife of Governor George C. Wallace (D).

State Auditor Jim Zeigler said that he was “shocked to learn that no one had planned a ceremony on the 50th anniversary of Gov. Lurleen Wallace’s death, so my office and I stepped up and put one together. We must never forget.”

Zeigler has led an unsuccessful fight to return the portrait of Lurleen Wallace to the capitol rotunda after it was removed by then-governor Robert Bentley’s administration in early 2015. -30-

No ticket or RSVP needed.

Flower arrangements should arrive that day from 9 to 11:30 a.m. to be placed around the marble statuary.