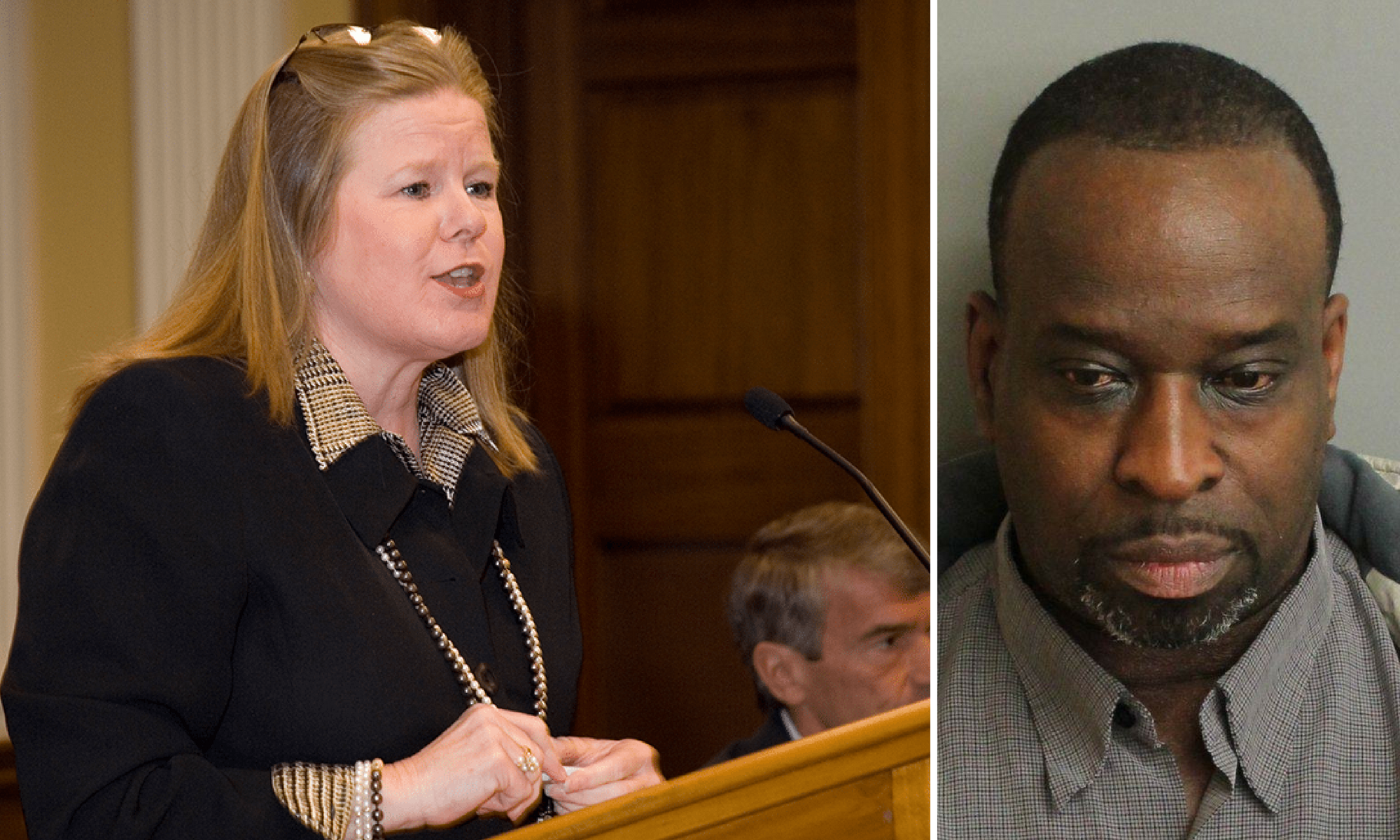 Littlejohn, 55, was convicted in 1985 of the rape and sodomy of a 30-year-old woman, according to Alabama Law Enforcement Agency records. He was released in 2014 and was placed on Alabama’s sex offender registry.

Alabama’s sex offender laws prohibit sex offenders from working or living near an elementary school or a day care, and a violation of the law is a felony.

Littlejohn later turned himself into the Jefferson County Jail in Birmingham, where he was booked at 6:41 p.m. Thursday and is being held on an $11,000 bond.

Littlejohn has maintained that he did not rape and sodomize the victim in his case. He says he was waiting in his car in a parking lot but did not stop the incident when it happened.

“There is so much we still don’t know and like any good judge would tell you: it would be unethical to make a decision without having all the facts of the case,” the statement said. “When we have the facts, we will make a decision. What I can tell you is that it’s an absolute shame for Paul and his family to be victims of targeted political attack. Our thoughts and prayers are with them.”

The feature in AL.com Wednesday highlighted Littlejohn as a redemption story in politics. In the same article, the campaign said they were aware of Littlejohn’s status when he was hired, but Cobb herself was not aware of his criminal history until after he was brought on the team.

News of Littlejohn’s arrest Thursday came just hours after Cobb called a press conference in Birmingham during which she defended Littlejohn as a victim of political antics and accused APR of violating journalist ethics.

The former Alabama chief justice said Littlejohn does not knock on doors and has instead managed a team charged with organizing outreach and get-out-the-vote operations for her campaign.

“He does quality assurance on the telephone. He does not knock on any doors, but he’s doing a phenomenal job managing our field operation here in Jefferson County,” Cobb said.

Cobb said everyone on her campaign was made aware of Littlejohn’s sex offender status.

“It’s about redemption, guys. I’ve been a judge for 30 years. I’ve seen people do horrendous things. Paul was convicted of a horrendous crime, but that was 35 years ago,” Cobb said. “Since then, he is literally the picture of redemption. He has truly reformed his life.”

The Democratic candidate pointed to Littlejohn’s two college degrees, his management of a halfway house and his pastorship at the Jefferson County church as evidence of his transformation.

“He literally epitomizes, he epitomizes the concept that if someone wants to turn their life around and appeals to the good Lord above for the strength to do it that you can do it,” she said. “He’s doing a phenomenal job.”

Cobb said she personally made the decision to keep Littlejohn on her campaign staff knowing that other campaigns could use his sex offender status against her campaign, calling its surfacing in recent reports an effort to appeal to “fear mongering.”

Cobb’s campaign has paid Unity Group Solution, a company in which Littlejohn is a partner, about $40,000 over the last two months for “cultivating and delivering the African-American vote in the Birmingham region,” according to the AL.com piece.

Littlejohn, who in recent years has made a name for himself in Alabama Democratic politics, also worked on Sen. Doug Jones’ campaign and Birmingham Mayor Randall Woodfin’s campaign.

Cobb is one of several candidates seeking the Democratic nomination for governor in next month’s Democratic primary. Cobb and Tuscaloosa Mayor Walt Maddox are considered the two front-runners in the race.

Cobb said Thursday that she “was convinced” that Littlejohn’s sex offender status was sent to the media damage her campaign, though she said she has no proof of that and praised AL.com’s initial article on Littlejohn — the same article that first brought to the forefront his sex offender status.