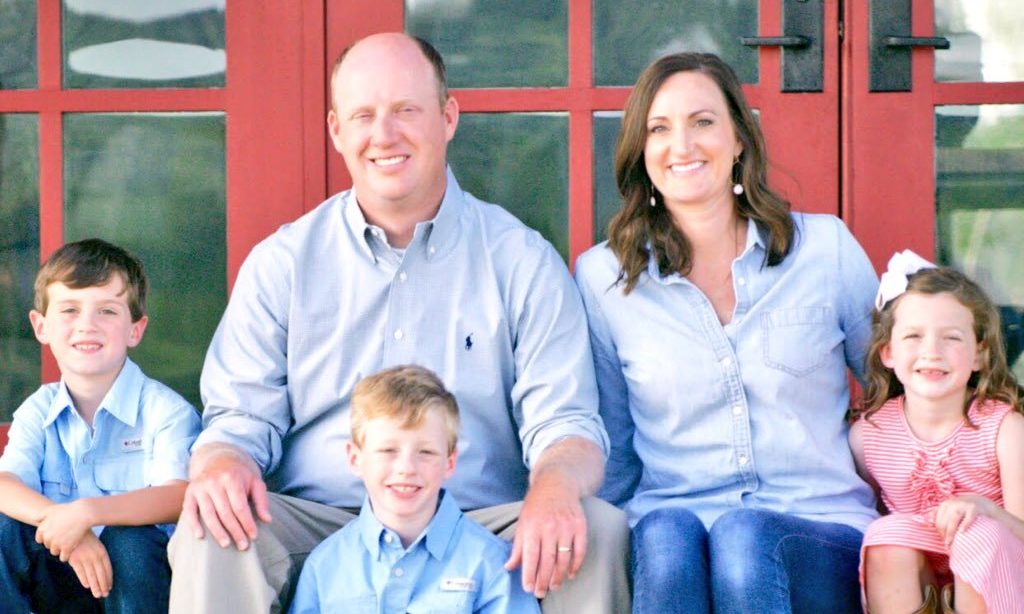 That’s the way Will Ainsworth sees his Republican primary race for lieutenant governor. He, of course, is the successful businessman, having founded Dream Ranch and the Alabama Hunting and Fishing Expo, and his opponent, Twinkle Cavanaugh, is the “swampy” career politician.

“You can’t get more swamp than my opponent in this race,” Ainsworth said during an interview with the Alabama Political Reporter on Wednesday. “She’s spent her entire life living off the taxpayers, bouncing from one state job to another. While I’ve been running successful businesses and putting people to work. That’s the difference between us, and I hope people will just look into our backgrounds a bit before making a decision.”

Ainsworth’s background reads like the wish list for a conservative politician’s bio: raised in Boaz to a businessman dad and mom who’s the director of the local Crisis Pregnancy Center; he’s a former youth pastor, Auburn grad, started a couple of successful businesses with his brother, wife and three cute kids.

“I’ve been extremely fortunate in my life, and I know it, and I want to share some of that,” Ainsworth said. “I want to make the state better, to do what I can to help. This isn’t about earning a living or taking from the taxpayers. It’s about doing what I can to leave a better Alabama for my kids.”

To do that, he has a three-step plan for his time as lieutenant governor — a position Ainsworth acknowledges carries little real authority under current Alabama law. Just the same, Ainsworth said he believes the position — the only statewide elected official in the Alabama Legislature — can influence positive change.

And in that regard, he said he plans to focus on shaping a positive conversation among lawmakers, improving education and sharpening the state’s workforce development.

“I’m tired of Alabama government being an embarrassment to the Alabama people,” Ainsworth said. “I want to be part of changing that image.”

Ainsworth also noted that, unlike Cavanaugh, his children attend public schools, and he has ideas for improving public schools all over the state. That plan starts with expanding pre-k options and providing all school systems with the opportunity to participate.

“My wife is a former pre-k teacher, so I have some experience with seeing the benefits of that program up close,” Ainsworth said. “When I was running for the House, I went and sat down with many of the public school teachers in my district. I took their recommendations to heart.”

On the workforce development front, Ainsworth said he simply wants to be a facilitator — bringing people from all sides together to make sure we’re getting Alabama citizens into Alabama jobs.

“I want to be that voice, that person who can bring everyone to the table and make things happen,” he said.

Ainsworth also said he wants to continue the push in economic development to see more accountability. And he wants to see more focus on existing businesses expanding, which he said was the biggest jobs producer.

But mostly, he wants Alabama voters to know that he plans to work as lieutenant governor, unlike Cavanaugh.

“When she talks about improving education and creating jobs, it’s such a joke, because she has no idea how to do any of that,” Ainsworth said of Cavanaugh. “She’s never done it. She is a professional politician. She says these things because they sound good — that’s something a politician does.”

Ainsworth said he’s grown tired of politicians, like Cavanaugh, spending their entire lives in government, which is why he introduced a bill last session to put term limits on all public offices. He also said he’s been a staunch advocate for tougher ethics laws, and he was an original sponsor on a bill that prohibited lawmakers from jumping immediately from their office to working as lobbyists.

“That’s profiting from your office, as far as I’m concerned,” Ainsworth said. “My opponent certainly did that. She went right from being a public official to working as a lobbyist.”

In the early 2000s, Cavanaugh left a position with then-Gov. Bob Riley to become a lobbyist for a firm in Mississippi that represented Mississippi Choctaw Indian casinos. At the same time, Cavanaugh was serving as the executive director of the Alabama GOP.

But it didn’t stop there. After an unsuccessful run for the Alabama Public Service Commission, Cavanaugh was hired by Riley to work in his finance department. What experience Cavanaugh had working in finance is unclear — she has a degree from Auburn in biology and had never worked in finance. Additionally, Cavanaugh’s hire came during a statewide hiring freeze.

“How is any of that serving the public?” Ainsworth said. “That’s what’s wrong with politics today. Everyone is in it for themselves. But I’m not. I just hope the voters of this state will take a hard look at both of us and then make up their minds. There’s a pretty clear difference.”