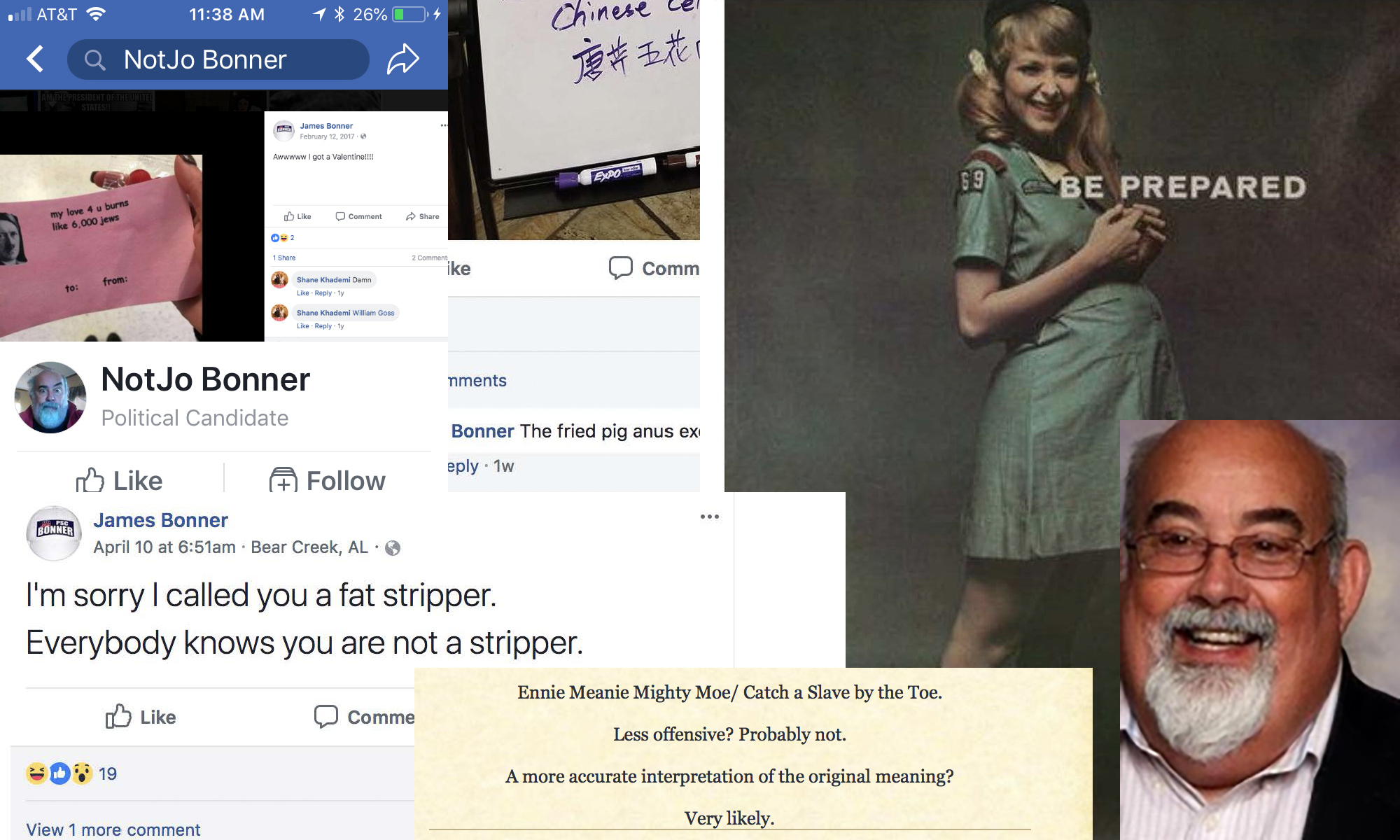 The Alabama Republican Party voted on Tuesday to censure James Bonner who is running for Public Service Commissioner Place 1 and urged voters not to vote for him.

“Furthermore, the ALGOP Candidate Committee unanimously urges Republican voters in the June 5 primary to NOT cast votes for Jim Bonner for the Public Service Commission, Place 1.”

Normally, one would expect Oden to beat such a poorly-known challenger easily, but Bonner shares a last name with popular retired Congressman Jo Bonner and Jo’s sister, Judy, who used to be president of the University of Alabama. Because of the general popularity of the Bonner family, Jim Bonner is polling very well, particularly in the Mobile area.

The Republican primary is on June 5.

The GOP is fearful that if Bonner somehow wins this primary, then-Democratic candidate Cara Y. McClure could win the PSC seat in November, and Bonner’s “off-color” comments could become an embarrassment to the entire GOP ticket.