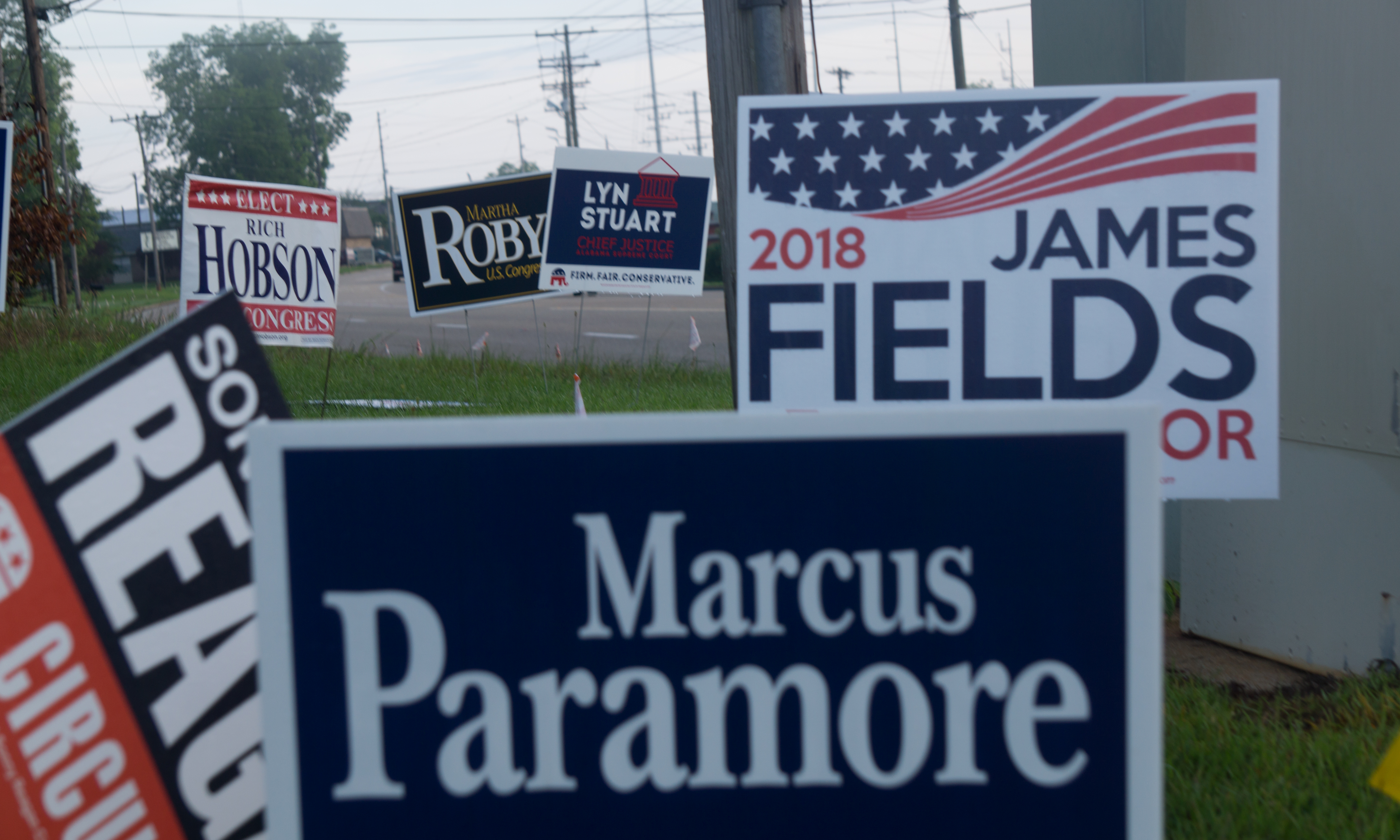 Alabama will go to the polls today to decide who will represent the two major political parties in November. Here’s what to look for in today’s election:

The GOP race for Governor

Incumbent Gov. Kay Ivey is seeking her first term as governor in her own right, and she has a few people challenging her today.

Among them include Huntsville Mayor Tommy Battle, Evangelist Scott Dawson and state Sen. Bill Hightower. While the candidates challenging Ivey have been campaigning across the state, today’s election will show if they were able to appeal outside their own respective areas.

The favored candidate to challenge Ivey is Battle as he has raised the most out of the three. He also has strong support in Northern Alabama, which is a significant part of the state in elections.

But even with these positives, Ivey still is considered the party favorite with her high-profile endorsements from major groups in Alabama and Washington, alike.

Ivey even ranked as one of the top governors in the country in a recent Morning Consultant poll, and she also runs with a booming economy in the state characterized with record low unemployment numbers.

Battle, who has presented himself as a Montgomery outsider, must rally support outside of Northern Alabama if he hopes to unseat the governor.

Political newcomer Scott Dawson also must overcome these hurdles, but the Birmingham evangelist has touted his political inexperience as a positive for his campaign. Republicans proved in 2016 that they are willing to vote for an outsider in President Donald Trump, but the question of tonight’s race is if Dawson can carry a similar vote.

An upset in Southeast Alabama

A race that has gained the attention of political observers is the 2nd District Congressional race in Alabama.

Currently, the seat is occupied by incumbent Martha Roby, but many are using her comments on Donald Trump to unseat her. Among them, include Bobby Bright, who held the position before Roby won in 2010.

Bright was unseated in 2010, after the Republicans swept the state in both state and national elections. But Bright is now a Republican, and he has vigorously campaigned across the district to garner votes.

Other candidates like state Rep. Barry Moore may chip away at Roby’s chance to receive more than 50 percent of the votes. If that happens, Roby will enter into a runoff with the second-runner up, which will probably include Bright.

Many of her opponents are using comments from her during the 2016 election, where she denounced Trump after the Access Hollywood tape leaked, to campaign against her. At the time, Roby recalled her endorsement of then presidential candidate, and called for him to step down.

Her most prominent opponent, Bright, has capitalized on those comments, and the former Congressman adopted the phrase “Make District 2 Bright Again” as a play on Trump’s famous campaign motto.

Roby has the backing of many powerful groups, but today’s election will show if they bear any fruit in the district.

Will the Democrats come through again?

Today, political observers will pay close attention to the voter turnout of Democrats in the state.

Since the election of Sen. Doug Jones in December, many are looking for a blue wave to once again come to Alabama, and break what is nearly a decade of Republican control of the state’s elected positions.

Skeptics say that the election of Jones was a onetime flash in the pan with a controversial GOP candidate, a special election, and allegations of sexual misconduct against Roy Moore. Others, like the Democratic candidates for governor, look to Jones’ election as a sign that Alabama is ready to elect Democrats to office.

A key to Jones’ victory was voter participation with the number of minority voters rivaling that of Barrack Obama’s numbers, according to CNN.

But this voter turnout came at a huge cost.

Jones’ victory came on the heel of a massive effort by national groups to fund his campaign and pay for attack ads against his opponent. Another key factor of his victory were the thousands of Alabamians who wrote-in a candidate instead of voting for Moore.

Nevertheless, Tuesday’s election will show if the enthusiasm in minority and young voters managed to survive six months.

The Alabama Political Reporter will be giving live updates tonight as the results pour in after 7 p.m.