“We are proud to endorse Joe Siegelman for Attorney General in Alabama,” said Sean Rankin, Executive Director of the Democratic Attorneys General Association. “There is an urgency for new leadership in Montgomery—and that fresh start is Joe Siegelman.”

“As a lifelong Alabamian, Siegelmen grew up with a strong understanding of the importance of family and community,” continued Rankin. “He will work tirelessly to achieve justice, hold those in power accountable, and fight to see integrity restored to public office for the families and communities in every corner of Alabama.”

Joseph Siegelman has a law degree from the University of Alabama. He is an active member of the Alabama State Bar, and is a Managing Partner in The Cochran Firm’s Birmingham office.

DAGA wrote that Marshall took some heat for essentially shrugging his shoulders over sexual harassment. The Democrats claim that there are recent reports that, “Indicate he was appointed to the vacant Attorney General seat because he was the only person on the short list who agreed to do the Governor’s bidding. King is also well known for abusing the position for personal gain.

“Too many people continue to fall behind, and tired Republican ideas are not helping the people who need it the most,” added Rankin. “In the last year, the voters of Alabama have taken it upon themselves to make a change for the better. They want to elect leaders who will put the needs of the people of Alabama first, every day, not just when it suits their political needs and their friends. Joe Siegelman will put people above politics.”

The Democratic Attorneys General Association (DAGA) provides political and policy support to Democratic Attorneys General and candidates in their mission to protect civil rights, promote progress and diversity, fight corruption, and ensure the law is applied fairly for all of those that live and work in America. Democratic Attorneys General play a crucial role in protecting our democracy as part of our country’s system of checks and balances. As a Committee, we are building a platform to highlight their successes and to extend their reach as they work to serve as the People’s Lawyers. From bringing those outside of the political arena into the fold through partnerships with General Assembly to driving the 1881 Initiative to elect more Democratic women to the office of Attorney General with Emerge America, DAGA continues to prioritize innovation, data, communication, and relationship building as key elements to providing political and policy support to Democratic State Attorneys General and candidates.

“I’m honored to have the support of so many Attorneys General from across the country,” Siegelman said.. “They join in my campaign to focus on issues that impact the lives of everyday people and to get politics out of that office. It doesn’t matter if you are a Democrat or a Republican, to be Attorney General you have to be independent and treat everyone the same. Once and for all it will be about People, not Politics.” 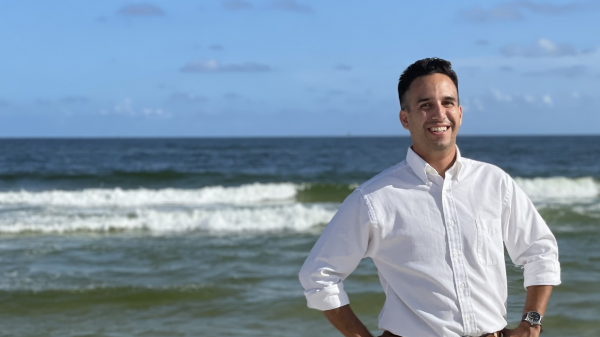 With no second party to force debate and compromise, Alabama's government will continue to drift towards the far-right fringes.