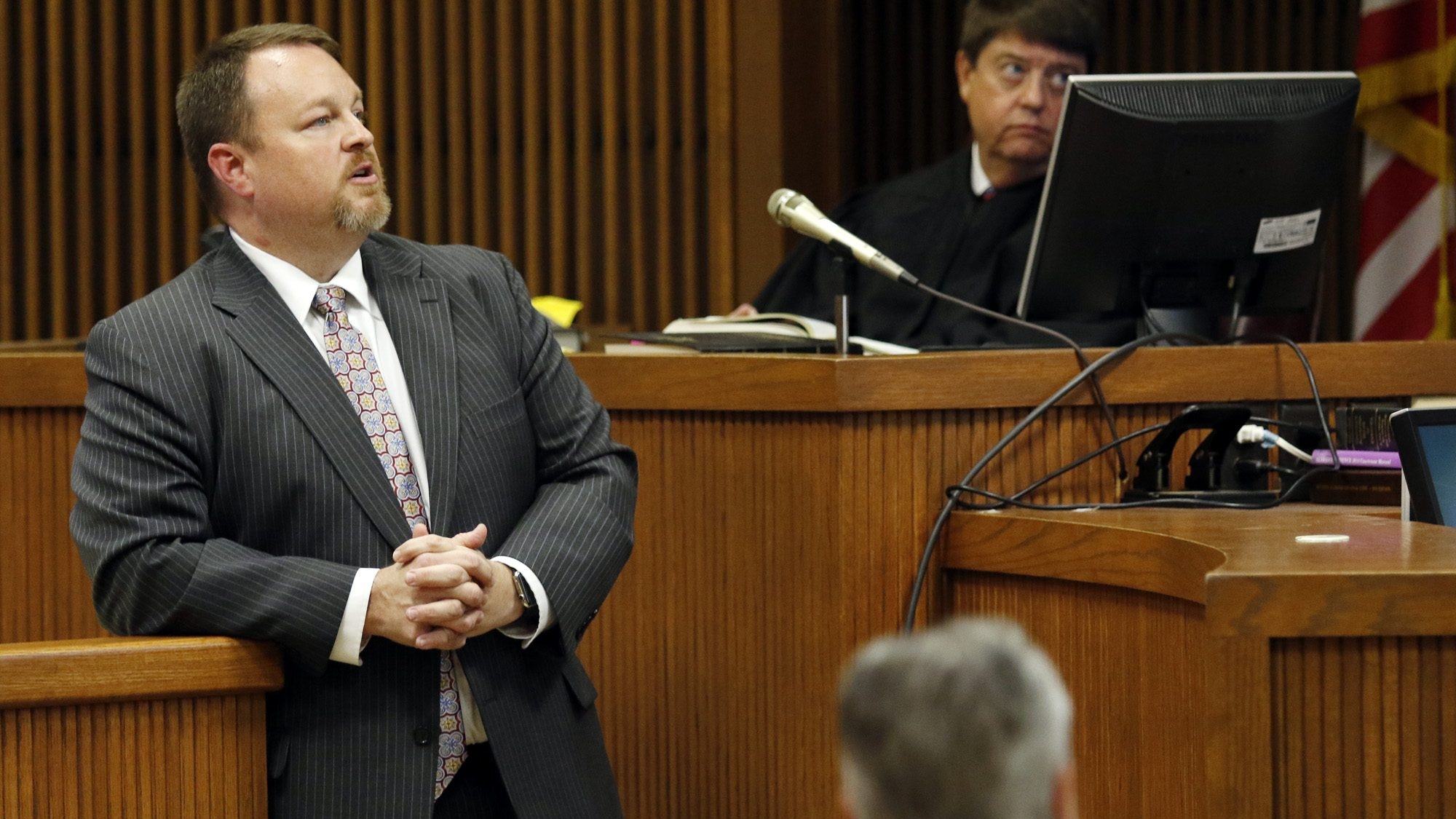 An attorney for former Speaker and convicted felon Mike Hubbard is pushing for Gov. Kay Ivey to appoint him St. Clair County District Attorney, and he is telling people that Hubbard’s good friend and Ivey donor, businessman Jimmy Rane, is going to make it happen.

Lance Bell is a small-town lawyer based in Pell City located in St. Clair County. Bell gained statewide notoriety as one of Hubbard’s criminal defense attorneys. He wasn’t hired for his legal acumen, but because he was mentored in his early career by Van Davis, the acting Attorney General overseeing the Hubbard prosecution, according to those close to his hiring.

In the recent Republican primary, current St. Clair County DA Richard Minor won the nomination for the Criminal Court of Appeals. Minor faces no Democrat competition so undoubtedly he will be elevated to the court in January, leaving a vacancy in the county DA’s office.

Bell is not supported by the majority of Republicans in St. Clair or the county’s judiciary said at least four St. Clair insiders, even though he is ALGOP county chair. However, Bell is saying that because of his relationship with Rane, that he will be chosen because Rane is best friends with Gov. Ivey.

Rane is one of Ivey’s biggest supporters, giving her at least $300,000 in campaign contributions and lending her his airplane to barnstorm the state before the Republican Primary in June.

According to lawyers who ask to speak on background, Bell engaged in some activities on Hubbard’s behalf that should result in a bar complaint.

As reported by APR‘s Josh Moon, during six hours of testimony in a wrongful termination lawsuit filed by former Alabama Law Enforcement Agency Secretary Spencer Collier, disgraced former Gov. Robert Bentley admitted that Bell and Augusta Dowd, another Hubbard lawyer, contacted him about appointing a special prosecutor to investigate prosecutor Matt Hart and acting AG Davis. Attorneys familiar with Bar rules say this is a problem that should land Bell and Dowd in big trouble.

But this is not Bell’s only problem according to the lawyer APR spoke with about the matter.

Also during the Hubbard trial, it was Bell who contacted ALEA to arrange for attorney and radio host Baron Coleman to issue a complaint accusing Hart of leaking grand jury information. Bell’s actions are recounted in an affidavit by Hall Taylor current ALEA Secretary.

Twice, according to attorneys familiar with the process, Bell used suspect tactics to try and derail Hubbard’s prosecution, and twice, Bell lacked candor before the court, according to two of his peers.

Rane is a powerful millionaire who is dominant in Republican politics, and it is not unusual for him to lavish hundreds of thousands of dollars on high profile candidates like Hubbard and Ivey. Most recently, PACs loaded with Rane’s cash flooded the campaign of appointed Attorney General Steve Marshall who will race Democrat Joesph Siegelman in the fall.

That Bell is spreading the word that Ivey’s got his back was not verified by the Governor’s office.