Alabama Gov. Robert Bentley addresses members of the 187 FW during a deployment ceremony at Dannelly Field Air National Guard Base, Ala., April 5, 2014. The ceremony honored those members being tasked for the upcoming deployment to Afghanistan. (U.S. Air Force photo/Tech. Sgt. Matthew Garrett)

Being governor is hard.

It’s a tough, gruelling job that requires 24-hour attention and results in long, long days for the man or woman who holds the position. Such a job can wear on a person, grinding them down physically and mentally.

And if you doubt the negative effects that such a job can have on the mental stability of a person, consider former Alabama Gov. Robert Bentley.

Because somewhere between his first inauguration in 2011 and his stunning forced resignation in 2016, Bentley lost his mind.

In a recent deposition in a wrongful termination civil suit filed by former Alabama Law Enforcement Agency Secretary Spencer Collier, Bentley provided some of the weirdest, most perplexing answers.

Like, for example, on the topic of his wife of 50 years, Dianne, discovering his relationship with his staffer, Rebekah Mason, Bentley was asked if Dianne found the relationship inappropriate.

“I’m sure that she did,” he responded.

“Do you consider the relationship inappropriate?” Bentley was asked by Collier’s attorney, Kenny Mendelsohn.

“No,” the former governor said flatly.

That also seemed to be the general reaction in the deposition room to this answer. Because Mendelsohn immediately followed up with questions about Bentley’s multiple press conferences in 2016, during which he spoke of his “inappropriate relationship” with Mason.

I know this to be true because I attended all of those press conferences. I heard him say these things, express remorse for his actions, apologize to his family.

As a matter of fact, that he ONLY had an inappropriate relationship — and not a sexual relationship — with Mason was his entire defense at those press conferences.

By the way, he’s held on to that “we didn’t have sexual intercourse” claim, too. Doubled and tripled down on it during this deposition, claiming there was a lot of touching and kissing but no sex.

No intercourse. No oral sex.

But really, I’m just not sure how much faith we can put in the former governor’s statements about his relationship with Mason. And I say that because of one specific exchange between Bentley and Mendelsohn. One exchange that is so unbelievable, so off-the-wall bonkers that you have to wonder if Bentley has wandered into space cadet territory.

That exchange comes after his astounding assertion that the relationship with Mason — who now works for him, making $5,000 per month at his dermatology practice — wasn’t inappropriate.

Mendelsohn asks Bentley why — if the relationship with Mason wasn’t inappropriate — did Bentley hold multiple press conferences to apologize.

No. Not that he doesn’t recall why he did it. But he literally doesn’t know why he was apologizing.

Bentley insists repeatedly that when he apologized during a press conference — a press conference specifically called to refute claims made by Collier, who had held his own press conference a few hours earlier — he had no idea why he was talking. He had never heard the tapes, Bentley says, of him describing how he loves to walk up behind Mason and put his hands on her breasts.

According Bentley, he didn’t watch Collier’s press conference. No one told him what was said.

He just grabbed a prepared statement and started talking.

Ohhhhh, and if you think that’s some insanity, try this on: Bentley claims he wasn’t sure it was Mason who was on the other end of those calls Diane Bentley secretly recorded.

“I’m not denying it was her, I’m just saying there’s no concrete evidence that it was her,” Bentley said. “But most likely it was.”

Mendelsohn, obviously flabbergasted by this, asks the obvious: “As we sit here today, I’m asking you, was it her?”

Mendelsohn: “Is there anybody else that you would have been talking to about holding their breasts and pulling them up close to you, like what’s in the tapes?”

Honestly, I don’t even know what to say about that.

Those same people have no idea what happened to that man.

And judging by this deposition, he’s still lost. 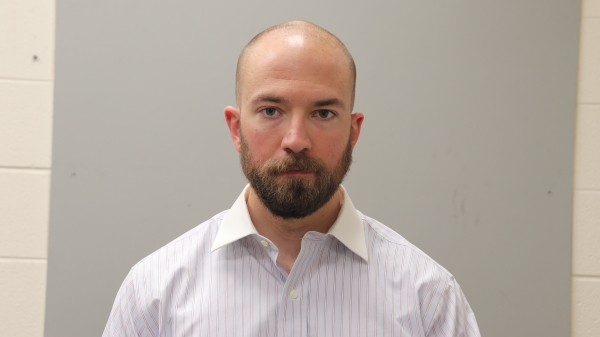 An internal investigation previously cleared the officer of wrongdoing, and city leadership defended his actions even after the verdict.

There is still a National Guard presence in Washington D.C. protecting the Capitol ahead of the former president's impeachment trial.