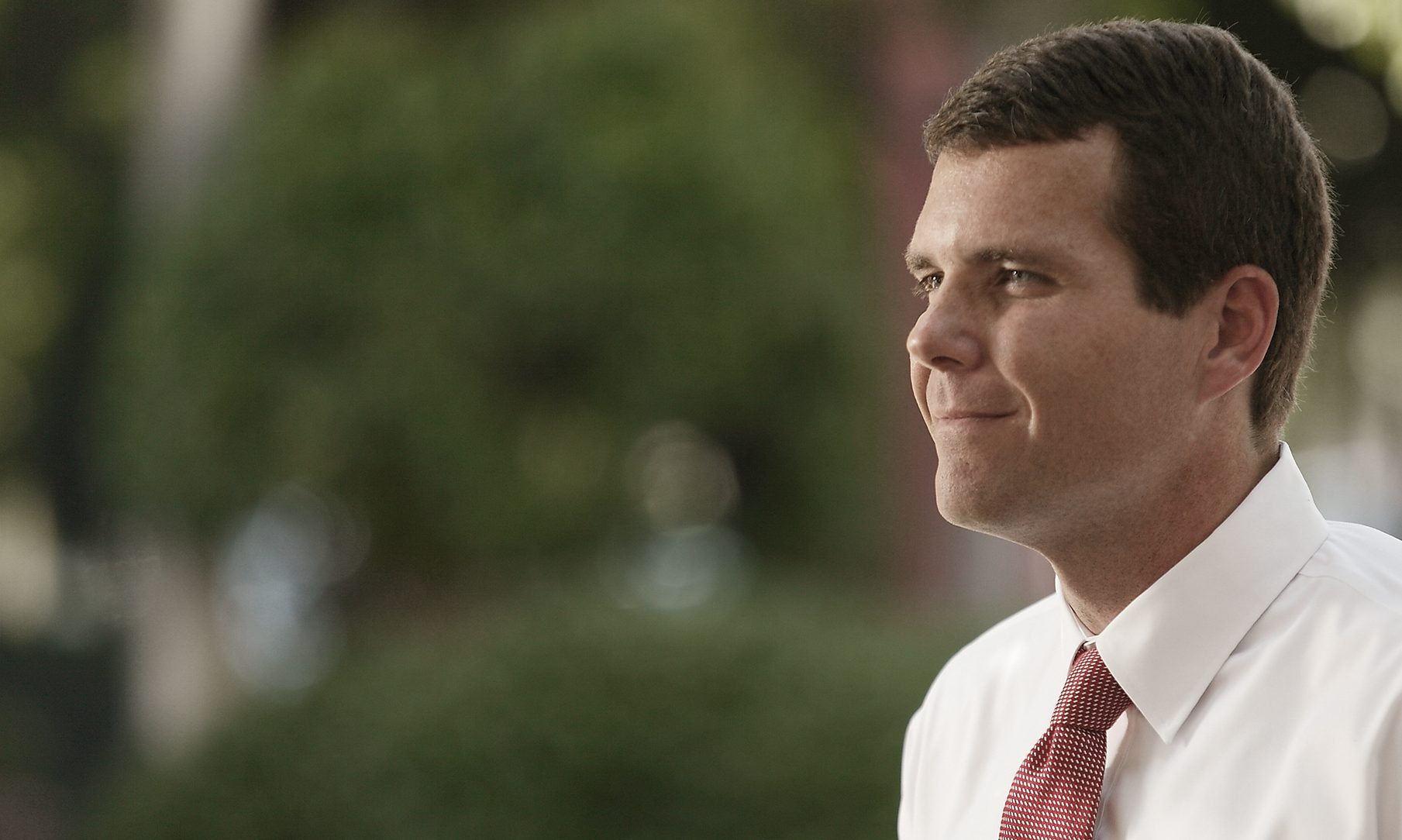 With a capital L.

She’s not using a “talking point,” as many in the media have claimed. She’s not ducking a question. She’s not being politically savvy.

When Kay Ivey looks into cameras and tells the people of Alabama that she won’t debate because her Democratic opponent, Walt Maddox, keeps changing his stances on important issues, she is lying.

It’s a lie so absurd, so obvious that she might as well be telling you that she thinks Alabama voters are so unbelievably stupid and careless that they won’t bother to check her on it.

She thinks you’re that dumb, that easily swayed by the R or D beside a candidate’s name.

Because checking her on her claims would be incredibly easy. And it wouldn’t involve anyone with any bias. You can do it yourself.

Last week, after Ivey, exasperated by a single question about debates, explained that only the media and Maddox “care about” gubernatorial debates and claiming that Maddox keeps shifting positions on important issues, Maddox spokesman Chip Hill sent out the following statement: “Walt has been crystal clear on all these issues, and many others, as as he travels the state. While Kay Ivey has been in hiding, Walt Maddox has been looking the people of Alabama in the eye and answering all their questions for over a year and has consistently explained and placed his views in writing.”

But Hill didn’t stop there.

He backed it up.

Along with the statement, Hill sent media outlets copies of multiple questionnaires that Maddox has filled out for a variety of media outlets, special interest groups and nonprofit organizations, including Yellowhammer News/Alabama Policy Institute, The Decatur Daily, Alabama Arise, Conservation Alabama and The League of Women Voters.

Most of those questionnaires are easily accessible online and Maddox filled them out in great detail. They cover every topic that Ivey has raised, including the 2nd amendment and abortion (Maddox is a pro-life Democrat and received an endorsement from Moms Demand Action, for what it’s worth).

Those questionnaires were filled out over the course of several months, and Maddox’s answers on them never vary.

Ivey and her team know this. They’re just banking that you don’t. And that you won’t check.

And that Ivey will be able to again duck out of debates.

Which, by now, you have to be asking why, right? I mean, Kay Ivey has been a politician for multiple decades now. She knows that debates are part of the process.

So, why is she going to all of this trouble? Making up lies and trying to pretend that voters don’t care about debates?

There are several answers to this question, none of them particularly flattering for Ivey. But the two that matter most are these: Maddox has better answers to the state’s most pressing questions and Ivey’s physical ability to withstand an hour-plus-long debate with Maddox is very much in question.

Look through Maddox’s questionnaires, read his answers. Then compare those answers to Ivey’s.

In her API/Yellowhammer questionnaire, she attributes her “signing the largest middle class tax cut in a decade” to this success. This is utter nonsense.

That tax cut provided, on average, just $22 per YEAR back to only 182,000 people in the state. It also originated with Senate Republicans, not Ivey — who had zero influence in it passing.

It also sucked $4 million out of the state’s education budget. In a time when parents are still buying their kids toilet paper to take to school.

But that’s the way the entire Ivey tenure has been, as she’s taken credit for the work of others, ducked any tough questions and avoided debates.

At a point, you have to wonder if Republican voters are ever going to catch on to this game, if they’re ever going to realize that Ivey is just more of the same ol’ good-ol-boy gang that has turned this state into a national embarrassment and kept the hardworking people living paycheck to paycheck.

Will they simply vote for the R, and ignore the lack of substance? Will they continue to buy the lies and talking points over good ideas and a fresh perspective?

Or are Alabama voters really as dumb as Kay Ivey seems to think?