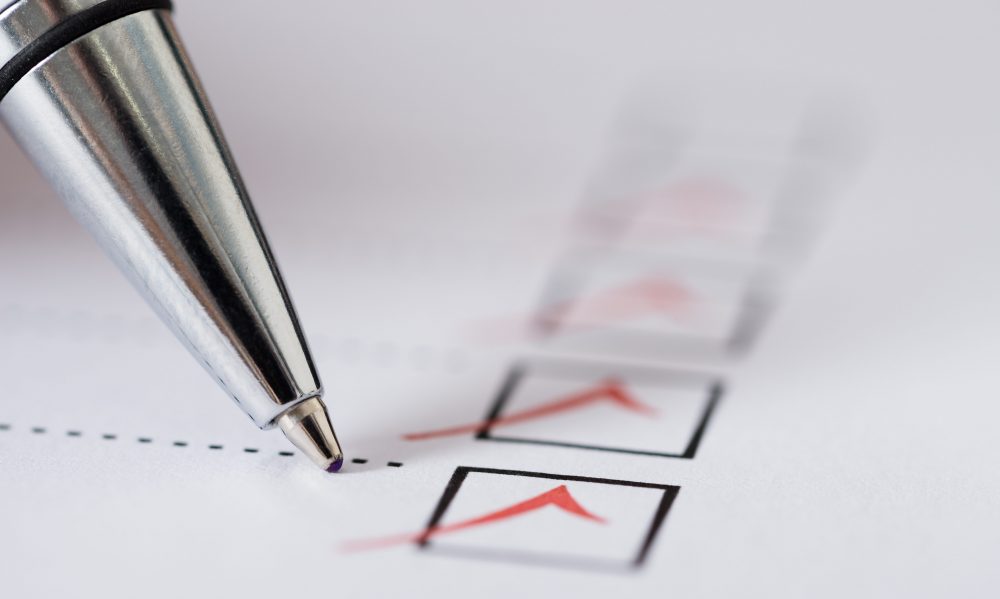 Close-up Of Silver Pen Over Filled Checkboxes In Form

If elections were held today former Vice President Joe Biden and Vermont Senator Bernie Sanders would beat President Donald Trump by double-digits in a hypothetical match-up, according to a new poll by Morning Consult and Politico.

Opinions on whether Omarosa’s book is credible is a mixed bag with 39 percent of voters say the revelations are not credible, compared to 35 percent who say credible (14 percent don’t know or have no opinion).

Among Democrats (59 percent) were most likely to say the revelations are credible, versus 27 percent of Independents and 12 percent of Republicans who say the same

A 49 percent plurality say the President’s tweet calling Omarosa a “dog” was sexist 47 percent say it is racist.

51 percent say he is racist, 45 percent said the same one month ago

57 percent say he is sexist, 52 percent said the same one month ago

51 percent say he is thin-skinned, 45 percent said the same one month ago

64 percent say his use of Twitter is a bad thing, compared to 18percent who say a good thing

The full results are also available at morningconsult.com