Rogers said that when he was in the state legislature, even though Republicans were in the minority the capital press corps, it is a lot smaller now, would let us get our message across. It is not like that in Washington. “The national new media is completely in the tank for the Democrats. We have Fox but that reaches a very small sliver of the national audience.”

“The country wanted us out of that economic morass and they wanted a conservative Justice to replace Justice Antonin Scalia,” Rogers said. Both of those have been achieved.

We used the Congressional Review Act to begin overturning regulations that the Obama Administration passed on their way out, Rogers said. Then the President’s cabinet picks started getting in there and started doing the same things. “The stock market stated ticking up because they realized that they did not have an enemy in the White House.”

Rogers said that Trump did something unique. He produced a list of 25 names he would appoint to the Supreme Court. His first pick, Neil Gorsuch sailed through. He went back to that list when he picked Brett Kavanaugh. “I think that (announcing a list of judges during the campaign) is going to be expected going forward.”

“We went forward on repealing and reforming Obamacare,” Rep. Rogers said. “We got a replacement for Obamacare through the House. We thought we had the votes in the Senate. Senator McCain told the Majority Leader and the President that he was a yes vote and then came in, voted no, and hugged Diane Feinstein.”

“Senator McCain has been replaced by Senator Kyle,” Rogers said. “Kyle is a much more reliable Republican vote than McCain.”

“We went through months of vigorous debate and on December 17th we finally passed the Tax cut bill,” Rogers said. “We brought the corporate tax rate down from 35 percent to 21 percent. We had the highest corporate tax rate in the world.” We cut all the tax rates. “When that passed we were 16 points down in the generic ballot. All the people had heard in the news media was that Republicans were watching our for rich folks.”

“Corporate America got a 40 percent tax cut,” Rogers said. “Apple announced they were going to create 20,000 new jobs and were moving $30 billion back overseas with the intent to bring it all back eventually. We estimate that there is $4 trillion in U.S. corporate tax dollars overseas. Most of it in banks in Great Britain and Ireland.” Corporations have a fiduciary responsibility to their shareholders and they weren’t going to bring that money back at a confiscatory tax rate. Wal-Mart raised their minimum wage to $11 an hour. Regions Bank and Protective Life raised their minimum wage to $15 an hour. The average taxpayer got a tax cut of $1000. Nancy Pelosi said that that was “just crumbs.” She thinks that a $1000 is just crumbs. If you are married to a fellow with over a $100 million that may just be crumbs, but in my district that is a new set of tires.”

“In the last quarter we had 4.1 percent growth,” Rogers said. “The Fed has reported that in the current quarter we have 4.2 percent and predicted that it will be 4.6 percent in the fourth quarter. It is driving the Democrats nuts. Americans see that he is making their lives better.”

“He (Pres. Trump) has also made us safer,” Rogers said. “North Korea was testing ICBMs almost weekly. China was building islands in the South China sea and it was not to grow flowers on but to build bases.”
Rogers said that in Barack Obama’s last few years our European allies were telling us that they were not sure that we were a reliable ally anymore.

“Everybody understands that America is the 800 pound gorilla in NATO,” Rogers said. When Pres. Trump fired the cruise missiles into Syria, “I was leading a CODEL and we were meeting with Gen Scaparrotti who was the Commander of NATO. We did not know it but he had been up all night planning that attack. Those European defense ministers were grinning ear to ear. America is back.”

“The President dropped a MOAB on Afghanistan, that is the mother of all bombs, and that got their intention,” Rogers said. “It also got the intention of Kim Jung Un.”

Kim Jung Un stopped his testing and wanted to meet, Rogers said. Testing is how you learn. Kim Jung Un was learning each time he tested. They met in Singapore, that is important because Singapore is one of the hottest economies in Asia. The message is clear we can make North Korea like Singapore if they will work with us and not be a threat Rogers said.

Rogers predicted, “We are going to keep the United States House of Representatives.”

One member of the audience asked Rogers what he thought about what Jeff Sessions is doing.

“I don’t know what to say,” Rogers said. “He is radio silent. I don’t know what is going on. There is some speculation that he is investigating Hillary Clinton and the email scandal. I love Jeff Sessions but the public has a right to know.”

One audience member asked who was going to be the next Speaker of the House.

“It is going to be Kevin McCarthy,” Rogers said. Steve Scalise has endorsed McCarthy. “Kevin has got the vote we have just go to hold on to the House.”

One audience member asked why the House can vote so much faster than the Senate even though it has more than four times the members.

Rogers credited electronic voting for that. “We push the green button for yes, red for no, or yellow for I am too stupid to know how to vote or present.” The Senate has voice votes where they read a roll and each Senator announces how they are voting. They should probably go to an electronic voting system to but there are a lot of things in the House that the Senate should adopt. 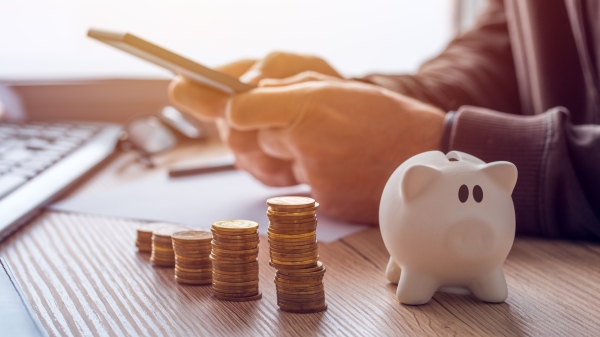