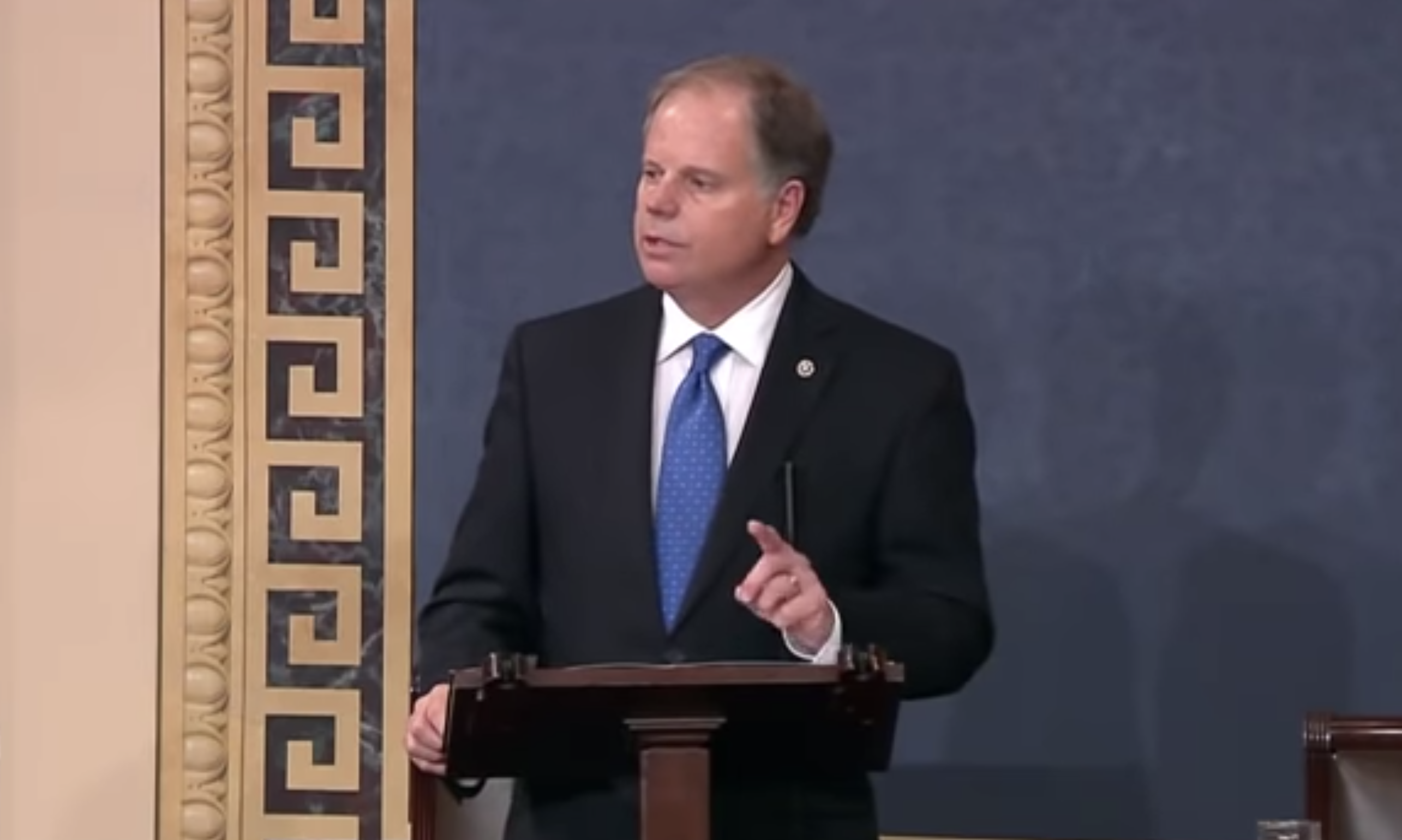 Sen. Doug Jones, Alabama’s Democratic senator, explained on the Senate floor why he voted against now-Justice Brett Kavanaugh’s nomination to the Supreme Court.

In a floor speech on Friday ahead of the final vote on Saturday, Jones relented the “divisive” nature of Kavanaugh’s nomination, the now-justice’s “partisan-fueled tirade”during a hearing on sexual assault allegations and the amount of money spent to both oppose and support Kavanaugh’s confirmation.

“I want to make my position clear today. I think this kind of political campaign for a seat on the Supreme Court of the United States, a political campaign run by either political party, should be condemned as completely contrary to the independence of the judicial branch of our government,” Jones said.

Jones said the process was flawed from the beginning and incomplete at the end because it was rushed.

The Alabama Democrat, who was elected last year during a campaign that also centered around the sexual misconduct allegations against former Alabama Supreme Court Chief Justice Roy Moore, said he attempted to put aside political considerations in making his decision on how to vote.

“Neither of which is true,” Jones said, noting that his staff spent hours reviewing Kavanaugh’s record and his appearances at both the Senate and on television. “This was all done in a very serious effort to give thoughtful and fair consideration to Judge Kavanaugh’s nomination without regard to party or politics.”

Kavanaugh was confirmed Saturday to the Supreme Court in a close 50-48 vote, the closest since 1881.

Jones said he was never able to get a meeting with Kavanaugh, and he found Christine Blasey Ford to be a compelling witness during his testimony to the Senate about the accusations against Kavanaugh last month.

“They never forget the pain of what happened to them, but rather than relive it or face condemnation or retribution, they simply keep it to themselves and go on day after day after day,” Jones said, explaining why he believed Ford even after decades. “If you watched our president htis past week at his political rallies, you understand exactly why these women are afraid to speak out.”

Kavanaugh has already been sworn as the 114th Supreme Court justice and will take his place on the bench Tuesday.