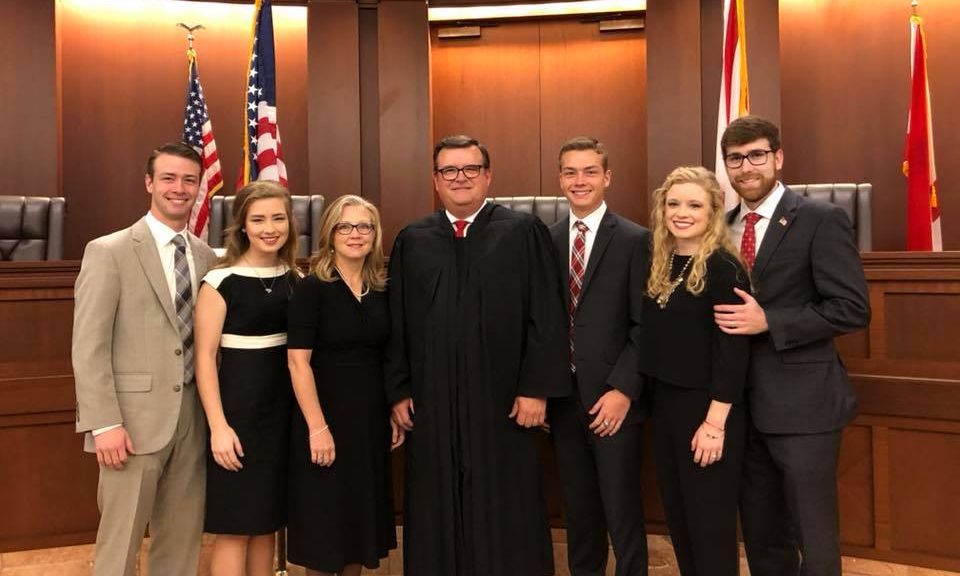 District Attorney Chris McCool, who was elected Nov. 6 to serve as a judge on the Court of Criminal Appeals, has been sworn in early to serve out the remainder of Judge Liles Burke’s term.

“As Judge on the Court of Criminal Appeals, I want to borrow the words of scripture that my former opponent but now good friend Rich Anderson used on the campaign trail,” McCool said, quoting Leviticus 19:15, “‘Ye shall do no unrighteousness in judgment: thou shall not respect the person of the poor, nor honour the person of the mighty: but in righteousness shalt thou judge thy neighbour.’”

“My pledge is to honor this command, as well as Micah 6:8, and seek only ever to do justice in each case,” McCool said. “I crave your prayers as I embark on this new adventure, and I thank you again from the bottom of my heart. May God bless this State and the United States of America.”

McCool was sworn in Friday at a ceremony in Montgomery.