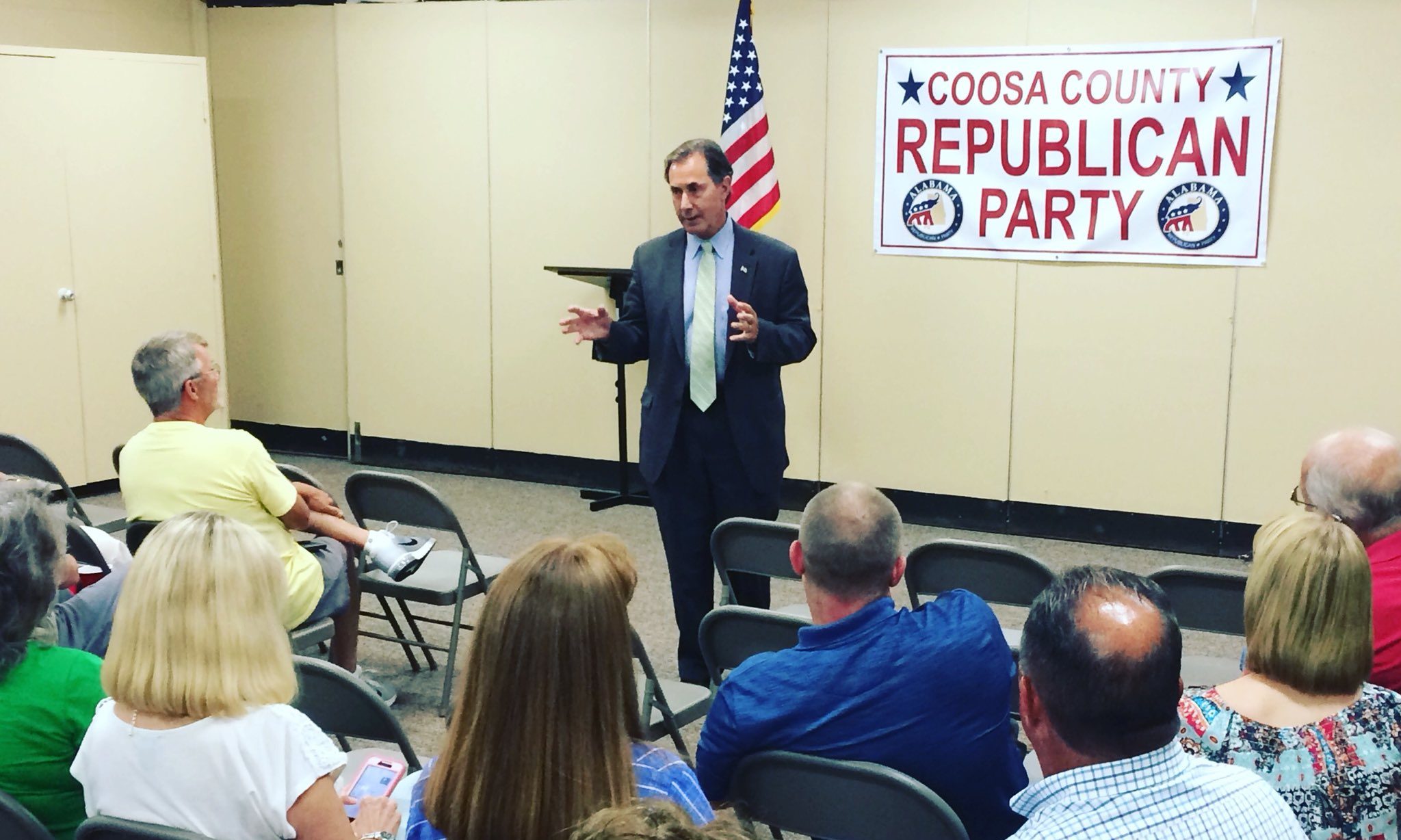 Wednesday, the Republican Caucus of the U.S. House of Representatives elected Alabama Congressman Gary Palmer (R-Hoover) to the position of Republican Policy Committee Chair for the 116th Congress.

“I appreciate the faith that my colleagues have placed in me and am grateful for their support,” Rep. Palmer said. “Throughout my career, I have focused on being a problem solver and developing and promoting sound policies, so I feel like I’m uniquely prepared for this role. I look forward to working with my colleagues as we continue advancing and promoting ideas supported by the American people.”

Gary Palmer was born in Hackleburg. He is a graduate of the University of Alabama. After working for engineering firms, Palmer cofounded the conservative Alabama Policy Institute (API) where he served as President for many years, before running to represent the Sixth Congressional District of Alabama when then incumbent Spencer Bachus (R-Vestavia) retired.  Palmer is a member of the conservative House Freedom Caucus.

A week ago Palmer easily defeated his Democratic opponent, Danner Kline, 69.26 percent to 30.74 percent to win his third term in the United States House of Representatives.

The Republican Party suffered a crushing defeat in House midterms, losing control of the U.S. House of Representatives after eight years of control. Nancy Pelosi (D-California) appears to be the consensus choice of Democrats to be the Speaker of the House. Pelosi previously was Speaker from 2007 to 2011.

The Sixth Congressional District of Alabama includes all or parts of Blount, Jefferson, Shelby, Bibb, Coosa, and Chilton Counties.